Bloomberg: Joe Biden delivered an impassioned rebuttal Monday to Donald Trump’s convention acceptance speech that portrayed him as a socialist who is soft on crime, reminding voters of his 47-year record in public life.

Biden, speaking in Pittsburgh, also unleashed a barrage of attacks of his own on the president, accusing him of fomenting the violence across the country this summer and flipping back Trump’s message that Americans will be less safe under Biden.

“You know me,” the longtime senator and two-term vice president said. “You know my heart, and you know my story, my family’s story. Ask yourself: Do I look to you like a radical socialist with a soft spot for rioters?” He paused and added, “Really?”

In accepting the Republican nomination for a second term, Trump portrayed Biden as a “Trojan horse” who looks like a moderate but would unleash socialist policies once in the White House. He has also tried to tie Biden to the violence in cities from Portland, Oregon, to Kenosha, Wisconsin, falsely saying he wants to defund police departments and go easy on rioters.

Biden has repeatedly refuted the claim about defunding the police and excoriated those who turned peaceful protests into riots.

Biden flipped the GOP slogan that “no one is safe in Joe Biden’s America” by arguing Trump has failed to keep Americans safe. Detailing the cascading crises besetting the country, Biden said the president bungled the response to the coronavirus pandemic, inflamed tensions at a time of racial unrest and crashed an economy that was booming when he took office.

“This president long ago forfeited any moral leadership in this country,” Biden said. “He can’t stop the violence — because for years he has fomented it.”

He added: “If I were president today, the country would be safe. And we’d be seeing a lot less violence.”

Biden said most police were good people who risked their lives for their communities.

“The rioters and Joe Biden have a side, they’re both on the side of the radical left,” Trump said. “Joe Biden has given moral aid and comfort to the vandals.”

Biden’s speech, delivered at a former steel mill converted into a research center at Carnegie Mellon University, marked the furthest public campaign trip for Biden from his home in Delaware since the pandemic began. Unlike Trump, Biden has mostly relied on virtual campaigning.

But as polls show the race tightening with only 64 days left, Biden has said he will start to travel more frequently to critical electoral states.

On Monday, the Democratic nominee only spoke in front of a small group of reporters, though a crowd of more than 100 supporters gathered outside the venue.

Given the location in Pennsylvania, the former vice president also refuted Trump’s claim that he supports a ban on fracking — as progressive Democrats do. It’s a hot-button issue in the state and one that Trump has tried to attack him on.

But it was the coronavirus pandemic, which has killed an average of more than 1,000 people in the U.S. every day this month, and the national unrest that formed the thrust of Biden’s argument against Trump’s re-election campaign.

In the months since George Floyd, a Black man, was killed on June 25 by a policeman in Minneapolis, people have been protesting police brutality in largely peaceful gatherings that have, at times, been overshadowed by looting and violence. Trump and his allies have blamed Biden and Democratic mayors and governors for the violence.

On Saturday, a man affiliated with a right-wing group was shot and killed during the protests in Portland. That death came after 17-year-old Kyle Rittenhouse was charged in connection with the death of two protesters in Kenosha, Wisconsin, where Jacob Blake, a Black man, was shot seven times by a White police officer, leaving him paralyzed below the waist and prompting a new wave of protests nationwide.

Biden had considered visiting Kenosha on Monday, but the campaign decided against the trip after Trump announced he was going on Tuesday. State Democratic leaders have urged Trump to reconsider, warning him that his presence could exacerbate the divisions in the city and divert public safety resources. Biden told reporters with him in Pittsburgh that he’s “checking it out now. We hope to be able to do that.”

In choosing Pittsburgh, the Democratic nominee returned to the city where he made his first campaign stop in April 2019 at a union hall. It’s also the city where an anti-Semitic gunman killed 11 people at a synagogue in October 2018, the deadliest attack on the Jewish community in the U.S.

Biden repeatedly called Trump “weak” in his approach to law-and-order. Citing statistics that the crime rate dropped during the Obama administration and has risen under Trump, Biden said: “He may believe mouthing the words, ‘law and order’ makes him strong, but his failure to call on his own supporters to stop acting as an armed militia in this country shows you how weak he is.”- Bloomberg 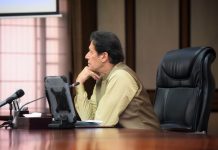 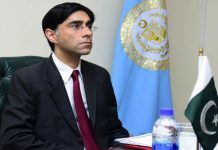 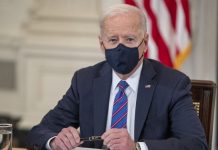 US helping India, other countries to produce Covid vaccines by themselves: Biden