Washington: The U.S. announced a further reduction of troops in Iraq, as President Donald Trump underscores his longstanding pledge to exit “endless wars” in the Middle East.

“In recognition of the great progress the Iraqi forces have made and in consultation and coordination with the government of Iraq and our coalition partners, the United States has decided to reduce our troop presence in Iraq from about 5,200 to 3,000 troops during the month of September,” General Frank McKenzie, the U.S. commander in the Middle East, said on Wednesday.

Trump campaigned in 2016 promising to end combat entanglements in Iraq and Afghanistan and is reaffirming the pledge before the November election as he trails Democrat Joe Biden in national polls.

Trump sent more U.S. troops to the Middle East during his first three years in office, but has recently returned to 2016 pledges to draw down America’s military presence in the region.

In January, Iraq’s parliament voted to expel American forces amid the uproar after the U.S. killed Qassem Soleimani, an Iranian general who oversaw his country’s foreign military operations, at Baghdad’s airport.

The following month, the North Atlantic Treaty Organization pledged to expand its training mission in Iraq as a quick initial response to Trump’s call for the alliance to play a bigger role in the Middle East. That was after attacks on two bases used by American armed forces as retaliation for the airstrike in Baghdad that killed Soleimani.

The German government is planning to extend the deployment of armed forces in Iraq and Syria, government spokesman Steffen Seibert said in a tweet Wednesday. The country’s troops are “preventing the IS from regaining its strength,” he added. The German parliament still has to approve the decision.

McKenzie said in his comments during a speech in Iraq that the “reduced footprint allows us to continue advising and assisting our Iraqi partners in rooting out the final remnants” of Islamic State in the country.

Trump’s relations with the military have become increasingly tense, with the president denying a report in the Atlantic magazine that he’d called soldiers who died in combat “losers.”

On Monday, Trump accused the U.S. military leadership of waging wars to boost the profits of defense manufacturing companies. “I’m not saying the military’s in love with me — the soldiers are, the top people in the Pentagon probably aren’t because they want to do nothing but fight wars so that all of those wonderful companies that make the bombs and make the planes and make everything else stay happy,” Trump said at a White House news conference.

A recent poll by Military Times and the Institute for Veterans and Military Families showed a plurality backed Biden over Trump, a reversal from 2016, when Trump had a significant edge over Democratic nominee Hillary Clinton in the same poll.-Bloomberg 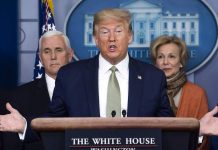 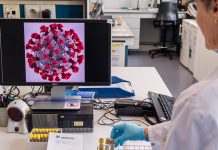 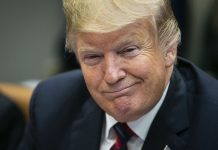