New Delhi: The United Kingdom’s broadcast and communications regulator, Office of Communications or Ofcom, has imposed a £20,000 fine on Worldview Media Network Limited, in relation to its service, Republic Bharat, failing to comply with the country’s broadcasting rules.

Besides the fine, Ofcom Tuesday also directed Worldview Media not to repeat the programme and to broadcast a statement of Ofcom’s findings on a date and in a form to be determined by the regulator.

The programme in question was a debate featured in Poochta Hai Bharat by Republic TV’s editor-in-chief Arnab Goswami and was on India’s attempt to send the Chandrayaan-2 spacecraft to the Moon on 22 July 2019. It was aired in the UK on 6 September 2019.

According to Ofcom, the debate between Goswami and guest contributors focused on Indo-Pakistan relations and included discussion of India’s record of space exploration and other technological advancements in comparison to Pakistan’s, the ongoing dispute between the two countries over Kashmir, and Pakistan’s alleged involvement in terrorist activities.

“In the context of these criticisms, the presenter (Goswami), addressing Pakistan and/or Pakistani people, said: ‘We make scientists, you make terrorists’,” it added.

After Ofcom narrowed down on the programme during routine monitoring on 24 February this year, it ruled that Goswami and some of his panellists made several statements that “amounted to hate speech against, and derogatory and abusive treatment of, Pakistani people”.

“The content was also potentially offensive and was not sufficiently justified by the context,” it had stated in its 24 February order. “In breach of Rules 3.2, 3.3 and 2.3 of the Broadcasting Code. Due to the serious nature of these breaches we are considering imposing a statutory sanction.”

In its defence, Worldview Media Network had justified the programme on the grounds that it was based on “a legitimate story covering Pakistan’s involvement in terror activities backed by recent events and statements from leading Pakistani public figures at a time when India was working to become a space power”.

Ofcom, however, overruled the justifications.

ThePrint reached Goswami through a text message for a comment on Ofcom’s decision but is yet to receive a response.

Also read: You need Machiavelli, not a Mahatma to outwit Modi, Arnab Goswami told me about Rahul Gandhi 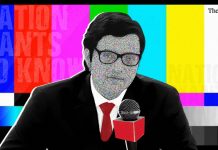 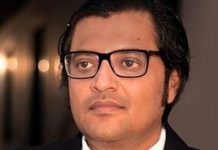 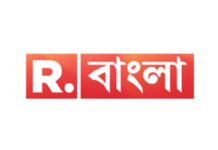