By the time he arrived in Sarajevo to assassinate the heir to the throne in an empire of more than 51 million people and alter the course of modern history in 1914, he’d been radicalized via means available for millennia.

The internet is certainly far from the first medium used to foster extremism. But it seems to be uniquely effective.

Among the individuals profiled in PIRUS, a detailed database of people in the US who were radicalized, social media played a role in the process for 27% of them between 2005 and 2010. That increased to 73% between 2011 and 2016.

A report submitted to lawmakers in Australia cautioned that the threat of right-wing terrorism is increasing during the pandemic due in part to social media, and the UN has warned that right-wing terror groups are using the health crisis to radicalize and recruit online – it noted a 750% increase in anti-Semitic tweets as the outbreak began, amid escalating hate crimes against people of Asian descent.

Authorities in the US have been arresting an average of three defendants per day on charges related to the insurrection at the Capitol in January. Many will plead that they were duped by baseless claims about election fraud amplified on social media.

The mother of one woman charged with violent entry and disorderly conduct on Capitol grounds said her daughter had taken a sudden interest in “far right message boards,” according to court documents. The woman allegedly used a group-chat app recently valued at $12 billion to boast that she’d stolen a computer from the Speaker of the House during the melee.

The Forum has used PIRUS data to create a visualization of radicalization in the US from 1948, when the first live nightly news broadcast appeared on TV, to 2018, well into the internet era. In the excerpt below, people radicalized over the years by far right (red dots), far left (blue dots), and Islamist groups (yellow dots) are represented by location.

TV remains a potent means of manipulation. But the internet may be an algorithmic, personalized upgrade. Its role in radicalization has now been researched for more than two decades; one study published earlier this month found that YouTube’s recommendation algorithm regularly suggests videos with misinformation and hate speech that violate company policies.

In the visualization excerpt below, white dots represent the locations of people entered into the PIRUS database over the years who were radicalized through the internet.

One study published earlier this year sought to delve deeper into anecdotal evidence of the internet’s role in radicalization; it found that “beheading” videos were the most sought-after jihadist material online among young people in Belgium, but also the material least predictive for radicalization. The conclusion: it might not be the internet that radicalizes people, as much as general moral disengagement.

Still, pressure has mounted on social media sites to crack down. Facebook recently provided a glimpse of a related effort that asks users if they’re concerned someone they know is becoming an extremist – and provides a link to “get support.”

In the visualization excerpt below, white dots represent the locations of people entered into the PIRUS database over the years who were radicalized through Facebook.

On the Strategic Intelligence platform, you can find feeds of expert analysis related to Internet Governance, Peace and Resilience, and hundreds of additional topics. You’ll need to register to view.

This article was previously published in the World Economic Forum.

Also read: AI can worsen climate crisis, but these 4 steps can help us use it responsibly 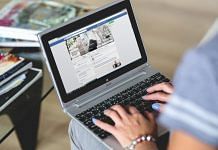 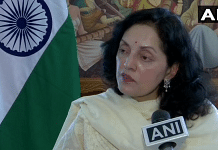 UN meet in India to discuss use of internet, online payment mechanism by terrorists 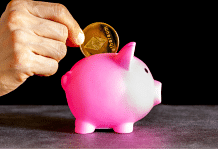 What are the main differences between Uniglo (GLO), Binance Coin (BNB) And Ethereum (ETH)?