Home World How to dodge the virus by living and working in mines that...
Facebook
Twitter
Linkedin
Email
WhatsApp

Melbourne: There’s room for about 2,500 people, a golf simulator and a three-storey cafe at BHP Group’s Mulla Mulla mining camp, deep in Australia’s remote Pilbara region, one of the world’s most important iron ore hubs.

The site and dozens more like it would be a perfect breeding ground for COVID-19. But sending employees to work from home isn’t an option. For much of the year, it is their home; where they eat, sleep and work in close proximity for weeks at a time.

It’s a potentially devastating risk that the biggest resources companies are juggling the world over, from oil rigs in the North Sea to copper mines in the Chilean desert. With much of the world’s raw materials extracted in remote and inhospitable locations, they’re scrambling to protect the well-being of their vast residential workforces while keeping the world supplied with critical commodities.

“We are not a business that can do all of our work remotely,” said Mike Henry, chief executive officer of BHP, the world’s top miner and a company that employs about 72,000 staff or contractors, “We are fully focused on action to reduce the risk of transmission.”

BHP isn’t alone. Mines in Chile to oil fields on Alaska’s North Slope are limiting access, splitting crews into rotating teams and checking temperatures of employees as they step aboard helicopters or pass through access gates at sites.

Isolation zones have been set up at accommodation villages, hot buffets scrapped at canteens, and extra cleaners hired. In Australia, the Royal Flying Doctor Service is on alert to airlift patients from far-flung operations, while at Rio Tinto Group’s Kitimat aluminum smelter in Canada, emergency plans for virus cases are pinned up alongside warnings about the location of grizzly bears.

Producers are also attempting to keep pace with rapidly tightening controls on the movement of people and goods, and preparing for the potential impact of multiple positive cases. “Everyone’s got a bunch of scenarios that they’re planning for,” said Paul Everingham, chief executive officer of the Chamber of Minerals and Energy of Western Australia.

Some cracks are appearing, though largely because the drastic government measures around the world to contain the virus are making it unfeasible to keep operating, as opposed to the virus actually taking down the workforce. Platinum powerhouse South Africa this week said it was shutting its mines for three weeks amid a nationwide lockdown, while operations in copper giants Chile and Peru have been curtailed.

A widespread shutdown of global resources production would just deepen the havoc the virus is already wreaking on the commodities industry. While demand is being devastated as swathes of the world go into lockdown, China’s gradually returning to work and is going to start needing more raw materials as its factories fire up again.

The challenge is particularly acute in commodity powerhouses like Australia, Russia and Canada where staff often need to be transported in and housed because production sites are so remote.

Also read: Missing your friends? Here’s the app that can help you during lockdown

About 20% of Australia’s mining workforce of around 218,000 are fly-in staff that typically stay at sites for between one and four weeks at a time. The U.S. oil and gas sector alone employs about 157,000 people, including on offshore rigs.

Canada’s oil sands industry has already had suspected cases and has taken action at camps to reduce the prospects of virus transmission. Producer Suncor Energy Inc. is taking steps including spacing employees out on buses so nobody is sitting next to anyone else.

And in Russia, which churns out everything from crude to nickel in some of the most remote locations on the planet, oil producer Gazprom Neft PJSC has increased the length of shifts at its camps. Crude-pipeline operator Transneft PJSC has done the same.

“We have remote work sites and a relatively tight density of people,” ConocoPhillips Chief Operating Officer Matt Fox said last week on an investor call. The producer has limited the number of workers at its assets in Alaska, freeing up bed spaces to serve as a potential quarantine, and is reviewing options at other sites, including in Norway and China. “If necessary, we can have quarantine available in these locations,” he said.

BP Plc has divided workers at major operational sites into separate shifts, and is restricting contact between the two teams. Other energy producers including Royal Dutch Shell Plc and Inpex Corp. have already had staff test positive for COVID-19 in recent days. South African utility Eskom Holdings SOC Ltd. is housing power station workers in lodges away from their families.

At BHP’s Whaleback operation, opened in 1967 and the oldest mine in Australia’s Pilbara, yellow tape marks out social spacing distances on the floor of a cafeteria and solo workers sit at opposite ends of communal tables usually crowded with staff.

Employees at other BHP sites are holding meetings in outdoor picnic areas, or using grids laid out on floors to make sure they don’t stray too close when gathered indoors. A small group of tug boat operators who usually commute from Tasmania to Western Australia — typically a nine-hour journey on multiple flights — have been temporarily relocated, along with their families.

It’s inevitable there will be some impact on output at mines as producers implement virus-protection measures, said Paul Mitchell, Sydney-based global mining and metals leader at EY, which is working with clients on handling the pandemic.

“Even if you keep running, there will be some disruption, because running at 100% is going to put pressure on a workforce,” he said. Some companies are examining options to add flexibility by housing additional workers closer to their mines in unused tourist accommodation or construction camps. BHP is seeking to hire 1,500 staff in temporary roles to help operations through the crisis.

There’s a recognition that busy mining camps hold risks of multiple infections once any cases arise, according to Mitchell. “They’re set up to minimize space,” he said. “They’re not set up for isolation because of their very nature.”

Even for miners who return home after their shifts, rather than living in camps, the safest place to be right now may be underground, according to Bob Timbs, a district official for the Construction, Forestry, Maritime, Mining and Energy Union, which represents about 20,000 mining and energy workers in Australia.

Members include workers at South32 Ltd.’s Illawarra Metallurgical Coal operation southwest of Sydney, where shift times have been staggered and less than half the usual number of miners are packing in to cages that ferry them on a journey underground that can take as long as 10 minutes.

“Once they’re underground and in their development teams, they might only have contact with seven or eight people during the whole day, that’s a lot less than in an office environment,” said Timbs, a third-generation coal miner. “I’ve got more concerns for the guys when they are on the surface.” – Bloomberg

Also read: A lockdown is the health response to fight coronavirus, but where is the economic plan? 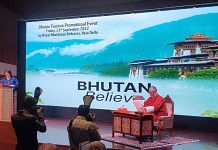 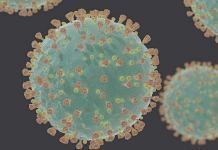 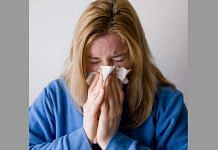