One of the most densely populated countries on the planet, its 5.7 million people rely on other nations for almost everything they eat. Just 0.9% of its land area of about 700 square kilometers was classified as agricultural in 2016, only marginally more than icebound Greenland.

Despite producing little of its own, Singaporeans arguably have better access than anyone else to affordable, abundant and high quality produce. The country has ranked top in an index of food security for two years running and is now deepening its focus as the Covid-19 crisis exposes the fragility of global food supply chains.

It’s an achievement that reflects the small but rich city-state’s acute awareness of its own vulnerability and a preoccupation with self-reliance. Now, as countries around the world confront the prospect of food demand that’s forecast to rise by more than half by 2050, Singapore finds itself at the vanguard of work to keep a swelling population fed while also addressing land constraints and the threat of climate change.

“We can watch what other countries like Singapore are doing and learn lessons from them,” Professor Andrew Borrell, a crop physiologist at the Queensland Alliance for Agriculture and Food Innovation, said by phone. “They’ve thought about this for many years and I think that now they’re getting the benefits of that.”

Years of contingency planning -– and recent moves to maintain the key flow of goods from neighboring Malaysia –- have helped keep supplies arriving through pandemic-related disruptions, even as Singapore experienced waves of panic buying that emptied some supermarket shelves of food.

In an immediate response to the Covid-19 crisis, the government has accelerated funding for local farms to “grow more and grow faster” over the next 6-to-24 months, according to the Singapore Food Agency, established in April last year. The agency is also working to add to a supply network that already taps 170 countries or regions for its food, it said in an emailed statement last month.

Over the longer-term, its drive for greater food security is based on a three-pronged strategy to diversify the nation’s food sources, support companies to grow overseas and lift domestic production.

The last of these is the most ambitious, but arguably the most critical in cushioning against widespread supply disruptions: to produce enough food domestically to meet 30% of its nutritional needs by 2030, up from less than 10% now.

To this end, the country is developing expertise in technologies such as vertical farming, nutrient recovery from food waste, and the use of insects, microalgae and cultivated meat as alternative protein sources, according to William Chen, the Michael Fam Chair Professor and Director of Food Science and Technology Programme at Singapore’s Nanyang Technological University.

Already, work is under way to free up more spaces for urban food production, for example on the rooftops of multi-storey car parks, according to the SFA. The government is financing research into sustainable urban farming as well as future foods such as alternative proteins, and seeking to expand fish farming off the south coast of the country. It’s also funding technology to help raise output from its existing farms, which totaled about 200 licensed operations as of 2018, producing mainly vegetables, fish and eggs.

In a cage-like structure atop a car park in the Ang Mo Kio district, Citiponics Pte Ltd. grows about 4 tons of Georgina lettuces and other leafy greens a month, while part of a former downtown high school site has also recently been re-purposed for urban agriculture.

Once fully operational, Singapore’s urban food system could be exported to its neighbors. “In times of crisis, the trust through working together would also help to keep the food supply chain intact,” Chen said.

It’s not the first time that disruptions in food supply chains have spurred Singapore toward greater self-sufficiency. In the wake of the 2007-2008 global food price crisis, that saw the cost of some staples surge, producers including Barramundi Asia Pte Ltd. won new support from the country’s authorities.

In the deep waters near Singapore’s most southerly point, the company farms barramundi, the fish also known as Asian sea bass that’s synonymous with Australia and Thailand, where it’s famously steamed with lime and garlic to make the dish pla kapong neung manao.

“The whole thing started with food security and the sense of availability, plus of course sustainability,” said Joep Kleine Staarman, a Dutchman who co-founded the company in 2008 and, while now retired, still sits on the board. After the “jolt” of the 2007-2008 crisis, “we received a lot of support, but it’s not only us. There’s local fish farmers, vegetables farmers and egg farmers,” he said.

Stable tropical temperatures make the waters off Singapore’s south ideal for rearing barramundi, he said. The fish is harvested to order, giving Singapore’s population access to some of the world’s freshest ocean produce. Most surprising of all is that the barramundi is farmed alongside one of the world’s busiest shipping lanes.

Singapore’s efforts to boost local production – from its coastline to rooftops — mean the country “is well placed to lead the way in terms of innovation and food technology,” said Giovanni Di Lieto, a Melbourne-based lecturer in international business and economics at Monash University. “It lacks land, but it will have the knowledge, the know-how and the means to develop more efficient farming.”

Another key to stimulating the sector is in encouraging Singaporeans to support local produce, according to the nation’s food agency. Already, the country’s farmers have seen an increase in online demand since the Covid crisis and the agency hopes additional income will help them further embrace technology and become more productive.

Designated an essential service, the retailer has worked closely with the government amid the Covid-19 crisis. It’s now aiding the push for local production and working with farmers to help them identify the products that are in most demand, said Richard Ruddy, Lazada Singapore’s chief retail officer and head of grocery.

“That’s a real advantage for us in Singapore,” Ruddy said in an interview. “We have products that are literally picked today and delivered to customer’s houses in the evening.”

The Covid-19 crisis has provided an opportunity to examine deficiencies in existing food systems as the world confronts the larger challenges of population growth, climate change and water scarcity, according to Chen of Nanyang Technological University.

That involves having a better understanding of nutritional requirements and a greater emphasis on food quality over quantity, which could lead to a more efficient use of agricultural land, he said.

It could also be a catalyst for people to think more about the origin and sustainability of what they eat and about cutting waste, according to Lazada’s Ruddy, who sees a growing trend toward frozen foods. “Having an event like this really, really forces consumers, retailers, governments to rethink a lot of things,” he said. –Bloomberg

Also read: What Singapore needs to do to reopen its economy after lockdown 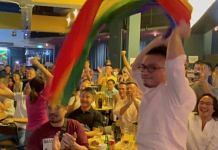 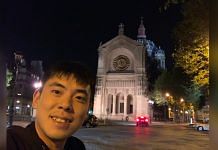 New Era of Blockchain leadership: Rex Teo being made EXCO at Blockchain Association of Singapore 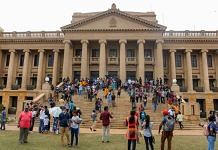