Moscow: Russia expects nothing good in relations with a “deeply hostile” U.S. under the incoming administration of Joe Biden and has no plans to make unilateral concessions to improve ties, Deputy Foreign Minister Sergei Ryabkov said.

“We are heading from bad to worse,” Ryabkov said in an interview with the Interfax news service published Wednesday, which he later confirmed in a message. “The next U.S. president has been left with a bad legacy and it will take a long time for him to sort this out.”

Moscow hasn’t initiated any contacts with Biden’s transition team “and we are not going to do this,” said Ryabkov, who oversees Russia-U.S. relations. “In the end, it’s up to the Americans to decide what, when and how to make our bilateral relations.”

His comments come as Washington has blamed Moscow for a massive cyber-attack that hit a wide range of government departments and Fortune 500 companies. Russia has denied responsibility. While U.S. President Donald Trump has played down the breach even as his own senior officials accuse Russia, Biden has pledged to respond once he takes office next month.

Ryabkov dismissed the controversy, saying Russia registers hacking attempts from U.S. and other foreign sources “every day” and “we don’t make a fuss about it.”

Russia will “of course” retaliate against U.S. sanctions and in ways “that will touch on the entire complex of Russian-American relations,” Foreign Minister Sergei Lavrov told reporters in Moscow on Wednesday, without elaborating.

Russia’s hopes for a transformation of ties when Trump was elected in 2016 were sunk by the scandal that erupted over contacts between his transition team and Russian officials before the president took office.

With the Biden adminstration, Russia may adopt an approach of engaging only in “selective dialogue” in areas of mutual interest, Ryabkov said.

“We definitely don’t expect anything good,” Ryabkov said. It would be strange to expect better ties “from people who, many of them, have spent their careers engaging in Russophobia and throwing mud at my country,” he said. –Bloomberg 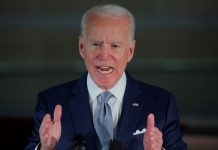 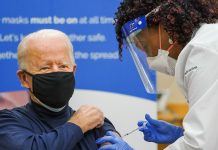 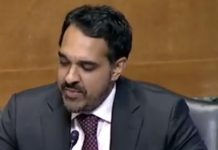