President Donald Trump signed a bill containing $900 billion in pandemic relief, backing down from last-minute demands that undercut his own negotiating team, risked a government shutdown and delayed much needed economic aid as Covid-19 cases continue to rise.

The legislation Congress passed Dec. 21 includes $1.4 trillion in government spending to fund federal agencies through the end of the fiscal year in September. The government had been operating on temporary spending authority that expires after the end of the day Monday.

The combined $2.3 trillion package was the product of intense negotiations, from which Trump was largely absent until he surprised lawmakers of both parties by demanding bigger stimulus payments for individuals after the bill was already passed.

In signing the bill, Trump demanded a vote in Congress to replace $600 in stimulus payments with $2,000 — a non-binding request that is unlikely to pass both chambers.

“The President must immediately call on Congressional Republicans to end their obstruction and to join him and Democrats in support of our stand-alone legislation to increase direct payment checks to $2,000,” House Speaker Nancy Pelosi said in a statement Sunday. “Every Republican vote against this bill is a vote to deny the financial hardship that families face and to deny the American people the relief they need.”

Trump’s hesitation to sign the bill means these stimulus payments will likely go out later than Treasury Secretary Steven Mnuchin had promised, and it may cut a week from the the supplemental unemployment benefits that were part of the package and scheduled to end in March.

The delay also resulted in a temporary loss of unemployment benefits for gig workers and the long-term unemployed.

“Donald Trump’s tantrum has resulted in a lapse in unemployment benefits, and cost millions of jobless workers a week’s worth of income,” Oregon Democratic Senator Ron Wyden said.

The virus relief package will likely be the last major legislation signed by Trump, whose re-election hopes were dashed in large part due to his handling of the pandemic.

President-elect Joe Biden has said he will push for even more stimulus after taking office early next year, but it remains unclear whether Republicans in Congress will go along. Control of the Senate will be determined by the outcome of two runoff elections in Georgia on Jan 5.

Lawmakers approved the government funding and additional relief after months of inaction, followed by weeks of grueling negotiations. Business leaders had called on Congress to pass more stimulus, saying that restaurants, theaters, mom-and-pop stores and airlines were being decimated by closures and restrictions as Covid-19 cases spiked in the U.S.

Senate Majority Leader Mitch McConnell, House Speaker Nancy Pelosi and Senate Minority Leader Chuck Schumer announced a relief deal on Dec. 20 after more than a week of frantic talks sparked by a bipartisan group of senators who drafted their own compromise proposal and urged their leaders to act. Treasury Secretary Steven Mnuchin, representing the administration, also was involved in the talks.

Trump surprised even his fellow Republicans on Tuesday by tweeting a video saying that he wanted Congress to increase the size of stimulus payments for individuals to $2,000, from the $600 in the bill Congress passed. He also complained about federal spending on foreign aid and international programs, even though those funds were allocated as part of the bipartisan appropriations process for funding the government.

Some Republicans on Sunday urged the president to sign the relief bill and fight for larger payments after that. Pennsylvania Senator Pat Toomey said he understands that Trump would like to send out more money, but he said he doesn’t agree with sending stimulus checks to people who haven’t lost income.

“I think what we ought to do is sign this bill and then make the case. Congress can pass another bill,” Toomey said on Fox News Sunday. “I understand he wants to be remembered for advocating for big checks, but the danger is he’ll be remembered for chaos and misery and erratic behavior if he allows this to expire.”

Trump said in a statement on Sunday that he’s sending a “strong message” to Congress that “wasteful items need to be removed” from the legislation. He said he’ll send lawmakers a marked up version of the bill and request they remove the funds he deems wasteful from the bill. -Bloomberg 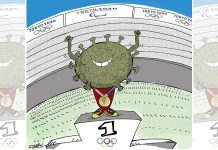 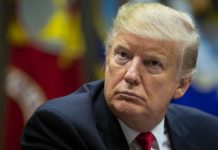 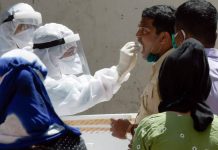