Jamsetji Nusserwanji Tata was the founder of the entity that went on to become Tata Sons, an Indian conglomerate that now employs more than 7 lakh people and has a total revenue of more than $110 billion. His first cousin Ratanji Dadabhoy Tata would take his work forward and the Tata Sons would reach its zenith under Ratanji’s son J.R.D. Tata. Today, Ratan Tata, the great grandson of Jamsetji, is chairman emeritus of the group.

Until recent skirmishes in the boardroom for leadership of the group, the Tata name has always been synonymous with quality, professionalism and good business practices.

Tata was not born with a silver spoon but more than made up for his limited resources with ambition and a big risk appetite.

He was born in Navsari on 3 March 1839 to parents who belonged to the priestly class but were not very well-off. Navsari, a town near Surat in present day Gujarat, was the hub of Zoroastrian priesthood and Tata received his early education there before moving to Bombay at the age of 13 to pursue modern education where he was enrolled in Elphinstone College.

After his education, he joined his father’s trading business with China which was flourishing in the era of opium trade. He was no stranger to risks or the frequent upsides and downsides in business.

The firm further flourished as demand for raw cotton from India increased due to a global shortage during the American Civil War that raged between 1861 and 1865. But the end of the civil war saw cotton prices plunging that threw the firm into financial difficulties.

Branching out on his own

Tata worked with his father’s firm till 1868 when, at the age of 29, he started his own trading company with a capital of Rs 21,000 — the first step towards building the present-day Tata Group, according to the company website.

After first buying and then later selling a mill in Bombay, Tata went on to set up a cotton mill in the cotton producing hub of Nagpur called the Empress Mills. He used the information collected in his overseas travels to bring in advanced manufacturing techniques to India, according to the Tata Sons website.

Even during those times, Tata ensured that the workers were well compensated and rewarded through annual bonuses, gratuity and compensation for the injured.

Like any businessman, Tata also made his fair share of mistakes. His acquisition of a mill called Dharamsi located in the erstwhile Bombay Presidency to diversify into production of finer yarn turned out to be a big money guzzler as he had to invest a substantial amount to modernise the mill. He eventually managed to successfully revamp the mill and christened it ‘Swadeshi’, close associate D.E. Wacha wrote in a brief narrative of Tata’s life titled The Life and Life Work of J N Tata.

In the book, the biographer attributes the turnaround to Tata’s “indomitable courage, business capacity and tenacity of purpose”.

Tata was also involved with the political movement. Wacha says Tata was “as keen and robust in matters political as he was courageous and enterprising in matters industrial”. He writes that Tata was a sympathiser of the nationalist movement and an active contributor to the Indian National Congress.

Wacha recalls Tata as the “Swadeshi of Swadeshists” for his drive to make India a manufacturing hub of goods like a wide array of clothing material, iron and steel and hydroelectric power.

Tata set up an endowment fund to encourage young graduates to pursue their dreams of foreign education or join the Indian Civil Service. The Taj Mahal Hotel in Mumbai also opened for business in December 1903, one of Tata’s rare dreams that he saw come true during his lifetime.

Frank Harris’s biography of Tata, Jamsetji Nusserwanji Tata: A Chronicle of His Life, quotes one of his friends to explain Tata’s ambition of having a hotel in his beloved city of Bombay that met the best European standards.

In the last two decades of his life, Tata envisaged three other big ventures — conversion of iron ore into pig iron and steel, steps to use water resources to generate hydroelectric power and setting up of a scientific research institute. Unfortunately, Tata did not live to see any of these three ventures starting operations as he died in 1904.

The Indian Institute of Science (IISc) was set up in Bangalore (now Bengaluru) and teaching started there in 1910, Tata Iron and Steel Works was incorporated in 1907 and the foundation stone of the facility for generating hydro-electric power was laid in 1911.

It was Tata’s vision of meeting all the needs of workers in one place that was eventually reflected in the township of Jamshedpur.

“Be sure to lay wide streets planted with shady trees, every other of a quick-growing variety. Be sure that there is plenty of space for lawns and gardens. Reserve large areas for football, hockey and parks. Earmark areas for Hindu temples, Mohammedan mosques and Christian churches,” Tata said in a letter to his son Dorab Tata spelling out the concept of a township, according to the Tata Steel website.

Tata was married to Hirabai Daboo and had two sons with her — Dorabji Tata and Ratanji Tata. 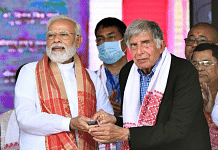 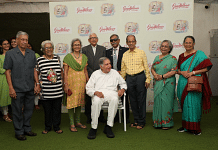 Providing companionship to the elderly—Tata-backed ‘Goodfellows’ launches in Mumbai 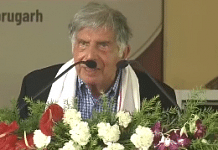 ‘I dedicate my last years to health,’ Ratan Tata at cancer hospital inauguration in Assam