The Parliamentary Standing Committee on Transport, Tourism and Culture, in its report submitted earlier this month, had said it is “distressed” to note the NHAI’s huge debt servicing liability is to the tune of over Rs 97,000 crore in the upcoming years.

“Last fiscal, NHAI’s income was Rs 34,000 crore. And after five years, when I complete my tenure, NHAI’s income will be Rs 1 lakh 34,000 crore. The more roads it makes, the more the economy will grow. The thing is those who do not know much about the economy, because of their poor knowledge, they say such things,” Gadkari said in conversation with ThePrint’s Editor-in-Chief Shekhar Gupta at an ‘Off the Cuff’ event in New Delhi.

The minister also said the Centre can monetise its highway assets and earn revenue. “I can monetise an NHAI highway for upto 20 years. For instance, if you can, monetise a completed Rs 1,000-crore project for 20 years for Rs 1,400 crore and earn Rs 400 crore as profit. All projects are four and six lanes… all are viable. Where is the debt trap going to come from?” Gadkari asked.

He said the way road infrastructure is being developed in India currently, by 2024 it will be comparable to the US and Europe. There will be access-controlled expressways, green highways and public transport running on electricity.

“We are building roads entailing an investment of Rs 24,000 crore under Bharatmala programme. You go to any state and ask a politician from any party, who is not from BJP, about road infra. You will get positive feedback,” the minister said.

“This is just the trailer, the film has not started yet …,” Gadkari added.

Work on more than 16 greenfield expressway projects on

Giving details of the upcoming projects, Gadkari said that work is currently under way on the Rs 1 lakh crore Delhi-Mumbai access-controlled expressway.

“It’s a greenfield expressway with 12 lanes and it will be ready before 2022. Already 50 per cent work is done,” he said.

Every year, Gadkari said, the government is acquiring land worth Rs 60,000 crore to Rs 70,000 crore for road projects. “…it’s a success story. It will help in the growth of the economy. When we build a road, 20-30 per cent income goes to the Centre and state, they get royalty. Turnover of equipment manufacturers have doubled, which has given work to so many MSMEs.”

He, however, stressed on the need to fast-track decision-making for expeditious completion of projects.

“Lot of time in the road sector, payment of contractors is delayed, which results in projects getting stuck. Those (bureaucrats) who get salary in the first week of the month won’t understand the pain of somebody who has loaned thousand crore and whose work has come to a standstill for three months … if he does not have working capital, how will he work?”

Gadkari said officers are wary of taking decisions for fear of getting under the scanner of national agencies such as the Central Vigilance Commission, but if they are honest, no harm will come to them.

“I have been a minister for seven years. In my previous regime, work worth Rs 17 lakh crore has happened. Now also, we have awarded work worth Rs 3-4 lakh crore. If I take money from anybody, it will not be hidden. The total system is corrupt but I am not afraid of anybody. I don’t do any work which is illegal, unethical or illogical,” Gadkari said.

On the government’s new vehicle scrapping policy, Gadkari said it’s a “win-win” where those who get their old vehicles scrapped will get a scrappage certificate, which they can show and get a 5 per cent discount on new vehicles.

“Currently there are 3-4 crore vehicle in the country, which are very old and polluting. Look at Delhi, there is so much pollution. People from outside don’t want to come here. Scrapping policy is a win-win policy. It does not harm anybody,” he said.

The road transport minister said he also does not see any conflict between creating road infrastructure and the environment.

Gadkari said his ministry has constructed roads worth Rs 60,000 crore around Delhi, including the eastern and western bypasses. This, he said, has helped reduce Delhi’s pollution, and the traffic of Punjab, Haryana, Uttarakhand, Himachal Pradesh, Gujarat and Maharashtra is not entering Delhi anymore.

“Three years before, NH-8 used to be so polluted. We have checked that. We have given Rs 6,000 crore to Delhi government to check water pollution in Yamuna. We have completed Rs 20,000 crore project on Ganga. We are bringing the electric car. How are we anti-environment?”

Also read: Airbags now a must for front passenger seats in cars manufactured on & after 1 April 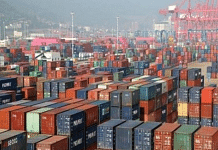 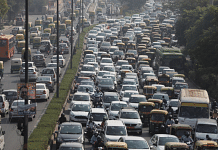 All passenger cars to have a minimum of six airbags from 1 Oct, 2023, says Nitin Gadkari 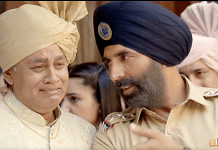