Guwahati: The renewed movement for implementation of the British-era Inner Line Permit (ILP) in Meghalaya has only grown bigger with the Confederation of Meghalaya Social Organisations (CoMSO) calling for a statewide demonstration on 19 December.

The ILP is an official travel document that allows an Indian citizen into a protected area for a limited period.

The CoMSO, headed by the Hynniewtrep Youth Council (HYC), is a conglomerate of 16 civil society organisations from the Khasi, Jaintia and the Garo Hills of Meghalaya, demanding the implementation of the ILP and the scrapping of the Citizenship (Amendment) Act (CAA).

“It will be a democratic agitation in two parts of the state — Shillong and Tura — for immediate implementation of the ILP in Meghalaya and Assam, and recalling CAA,” said the chairman of CoMSO, Robert Kharjahrin, who is also the president of the HYC.

“In our state, 97 per cent is scheduled area, which according to the Centre will not come under the ambit of CAA,” he added. “But we want the remaining three per cent non-scheduled areas to be included within the tribal areas. Unfortunately these areas are hotspots of Bangladeshis who entered India illegally.”

The HYC has been vociferously demanding for ILP implementation since the Congress-led government rejected the demand in 2013 and instead passed the Meghalaya Residents Safety and Security Act (MRSSA) in 2016. The MRSSA is considered to be part of a “comprehensive mechanism” to check illegal immigration – with its focal point on tenants.

In March, the Meghalaya assembly passed the Meghalaya Residents Safety and Security (Amendment) Bill (MRSSAB), 2020 to regulate the entry of outsiders and tenants in the state. The new law states every person who intends to stay in Meghalaya for more than 48 hours shall furnish information in the manner prescribed under the rules.

“This is still pending and not comparable to ILP. ILP needs you to have a permit to enter the state whereas for the Bill, you have to fill up a questionnaire or submit information. It has not been implemented fully. Entry-exit points have not been operationalised,” said Kharjahrin.

As pressure groups resumed the agitation last year, Meghalaya Assembly on 18 December, 2019 unanimously adopted a resolution urging the Centre to implement ILP in the state. The resolution was moved by Chief Minister Conrad K. Sangma with support from all members across party lines including the ruling BJP.

Last week, Governor Satya Pal Malik assured to take up the demand for immediate implementation of ILP during his visit to Delhi after 17 December.

There has been a fear among the indigenous people of Northeast against an “illegal immigrant influx”, its effects and long-term damages. Northeast India shares borders with countries such as China, Myanmar, Bangladesh and Bhutan.

Of late, and especially after the Centre approved the Citizenship Act, groups in Meghalaya want the ILP to be made applicable in their state without delay.

“The demand for ILP has intensified, and it sees a lot of public support now. People are agitated, scared, and they want the only protective mechanism that is available,” said retired IAS officer Toki Blah.

It is the fear of indigenous people losing their land, identity and future that has led them to search for possible solutions to the problem. Meghalaya shares a 443-km border with Bangladesh.

“There is a genuine apprehension that the CAA will have a fallout that will unfold over a period of time affecting the demography of the state,” former chief minister and leader of the opposition Congress, Mukul Sangma, told ThePrint. “Besides, the government of India promptly agreeing to implement ILP in some states and not others has also triggered the demand in Meghalaya.”

He, however, believes the ILP Regulation would not necessarily ensure solving the illegal influx problem.

“The origin of the ILP system was put in place during the British Raj. What was the background during the implementation of this law during that period? Today, you have to analyse is ILP really effective in stopping infiltration,” Sangma said. “There was a violent agitation during my time, but through exhaustive long-drawn engagement, we were able to convince people. We brought in the state law (MRSSA 2016) that was structured to address the problem of illegal immigration. People wanted it to be implemented and the process was on. Unfortunately, after the 2018 elections, the demand for ILP resurfaced and the government mishandled it.”

The ILP already exists in Nagaland, Mizoram and Arunachal Pradesh, and came into effect in Manipur from 1 January, making it the fourth northeastern state to come under ILP regime. Outsiders visiting these states need to carry this travel document.

The ILP system was introduced through the Bengal Eastern Frontier Regulations (BEFR), 1873. After the British occupied the Northeast, the colonisers started exploiting the region and its resources for economic benefits.

They first started tea plantations and oil industries in Brahmaputra Valley. The indigenous tribes living in the hill areas would regularly conduct raids into the plains to loot and plunder, marauding the tea gardens, oil rigs and trading posts set up by the British East India Company. It was in this context that the BEFR 1873 was promulgated.

After Independence, the Indian government replaced “British subjects” with “Citizens of India”.

The state of Meghalaya was carved out of Assam in 1972. Shillong was established in 1874 as the headquarters of the erstwhile Assam Province. After the separation, issues of indigenous identity, culture and rights that remained suppressed earlier became subjects of irreconcilable conflict. Once the new state was included in the Sixth Schedule of the Constitution, non-tribals in Meghalaya were barred from acquiring property.

When the British were expanding their footprint in the northeast, the Bengalis were brought to the region for clerical jobs, and a number of middle-class Hindu families from Sylhet district (that became a part of East Pakistan after Partition), made Shillong their home. The non-tribal communities in Meghalaya include Bengalis, Nepalis, Bihari, Punjabis and Assamese among others.

Tribal organisations in Meghalaya have been demanding ILP since 1985. The state has seen ethnic riots and communal violence in 1979, 1984, 1987, 1992. Many non-tribals have since left Shillong.

After a relatively peaceful situation for almost two decades, anti-CAA agitation across the Northeast also led to protests in Meghalaya. Coupled with the demand for implementation of ILP, the movements resulted in friction between tribals and non-tribals.

In February, a member of Khasi Students’ Union (KSU) was killed in a clash between KSU members and non-tribals in East Khasi Hills. A month later, violence erupted when a group of unidentified men went on a stabbing spree in Shillong, leaving one dead and injuring 10 other non-tribals.

The state would see a series of protest demonstrations beginning Saturday, said CoMSO Chairman. Four pressure groups including the KSU have vowed to intensify the agitation. 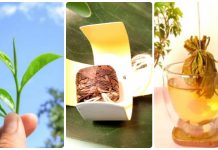 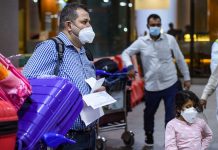 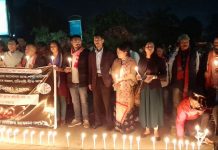 A year after Assam anti-CAA stir, families of those killed lend support to renewed movement