New Delhi: A lot of developments have taken place recently in the policy scenario for online games like fantasy sports, rummy and poker.

On 20 November, Tamil Nadu banned online poker and rummy, but did not ban fantasy sports. Not too long before that, Andhra Pradesh banned all online games involving stakes or wagering, including online poker, rummy, and fantasy sports.

The bans have made some stakeholders unhappy. The Online Rummy Federation (TORF), an industry body, said the Tamil Nadu ban was a “very disappointing development”. Meanwhile, some betting companies are challenging Andhra Pradesh’s ban in the state’s high court.

ThePrint takes a look at whether online games amount to gambling, the video game industry’s objections to the use of the word ‘gaming’ to describe gambling platforms, and the controversies arising from a lack of national-level regulations.

What is ‘gambling’ in India? It depends on whom you ask, because there is no pan-India definition for gambling — it is a state subject; i.e. each state may decide for itself what activities qualify for this term.

However, Jay Sayta, a lawyer specialising in policy and law for gambling says: “Classically, gambling means staking something of value [such as real cash] on a game of chance for the possibility of winning something in return.”

The definition of ‘gaming’ too depends on whom you ask — Sayta says lawmakers use the term interchangeably with gambling.

However, to the video gaming industry, the word ‘gaming’ implies playing their video games, which is a fast-growing sector projected to reach revenues of $159.3 billion in 2020 alone. Video games don’t involve gambling or chance.

Suji said the word ‘gaming’ should be removed from the Public Gambling Act, 1867, to dissociate it from ‘gambling’, which is largely an illegal activity in India.

“It’s imperative that makers of policy and law should correct/amend the nomenclature in the the Public Gambling Act and the related state laws,” he said.

When it comes to online gambling, only Sikkim has allowed it — by passing a law limiting it to the intranet, so that the activity cannot cross state boundaries.

Nagaland has a law regulating and licencing some online games considered games of skill, such as poker, rummy, quizzes, bridge, and virtual games. However, it does not allow games the state recognises as online gambling/ betting.

However, “gambling and betting, both online and offline, are largely prohibited in all states”, Sayta added.

Also read: Fantasy sports like Dream11 are a good candidate for self-regulation

Why there’s a controversy

Most of the controversy around online gambling or gaming comes from a lack of national-level regulation. At present, each state can decide for itself what counts as online gambling and then decide to ban it — like Tamil Nadu banned rummy and poker but not fantasy sports.

However, players on fantasy sports platforms like Dream11 — sponsor of this year’s IPL — as well as My11Circle and HalaPlay put real money into the game to stand a chance of winning real cash, which would qualify them as ‘gambling’.

Sayta says the Centre should step in and give some clarity on how to regulate the ‘gaming’ sector, as games increasingly operate on the internet, which is regulated by the Centre.

“Since it is difficult to regulate the internet at the state level with several inter-state trade and commerce aspects involved, ideally there should be an overarching framework or guidelines issued by the central government,” Sayta said.

“The central government should clearly define the parameters and contours of games of skill played for stakes, including guidelines on limits in stakes, prizes, advertising etc. and allow the activity, subject to tight regulations,” he continued, adding that this will also enable policy certainty and stability for investors in this space.

On the video gaming industry’s objections about being clubbed with ‘gambling’ games, an India-based executive of a multinational gaming firm said “generalising the entire industry (of gaming) is doing a disservice to it”.

Manish Agarwal, CEO of Mumbai-based global gaming and sports media company Nazara Technologies Ltd added: “When it comes to using terms like ‘online gaming’ and ‘online gambling’ and ‘online real money gaming’, there certainly needs to be more understanding among policymakers regulating it.”

Nazara runs an e-sports unit called Nodwin Gaming, and Agarwal said he is part of gaming committees under business industry bodies FICCI and IAMAI. These committees work to increase awareness about the gaming industry among policymakers.

“The gaming vertical can bring large revenue to the exchequer besides establishing the soft power of India globally by building global brands from India,” he said. 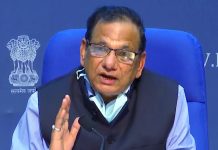 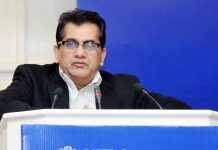 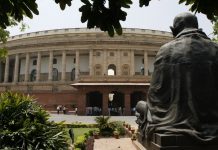 Indians debate too much democracy. But there’s not a whimper for ‘too little republic’