The Rs 200 crore issuance is the first by a civic body in north India, the CM said. It will help the municipal corporation fund a water supply and housing project. The bonds have a 10-year tenure and offer an 8.5 per cent interest per annum.

ThePrint looks at what municipal bonds are and how they help in building cities.

What are municipal bonds

Municipal corporations are government bodies that typically form the third tier of the government in urban areas after the central and state government. They have their own expenditures and sources of revenue. Typically, municipal bodies provide services like water, sanitation, sewage and solid waste management. Some bigger municipal bodies also run schools.

Their source of revenue include levies like property tax, government grants and fees for the services provided.

Are municipal bonds a popular source to raise funds?

Municipal bonds have gained traction over the last few years with civic bodies raising funds to meet the rising requirements under the flagship Smart City Mission and Atal Mission for Rejuvenation and Urban Transformation (AMRUT) scheme of the central government.

In 2017, the central government had announced incentives for municipal bodies who raise funds through these municipal bonds.

How are the bonds serviced?

The municipal bodies set aside an amount from their monthly property tax collections for interest and principal repayment, said Devendra Kumar Pant, Chief Economist at India Ratings and Research. Typically, the interest payment is half-yearly, he said, adding that most of the municipal bond issuances have their own structured repayment pattern.

Do these bonds have sovereign guarantee?

These bonds, like the state development bonds, are not backed by a sovereign guarantee. A sovereign guarantee is typically provided by the central government promising debt repayment for a third party in case of a default by the latter.

How does listing help? Which are the other listed municipal bond issuances?

Under the listing conditions, accounts have to be audited half-yearly. This ensures greater reliability.

Besides Lucknow, some of the other bond issuance that have been listed include those of the municipal bodies of Pune, Indore, Bhopal, Ahmedabad and Hyderabad. 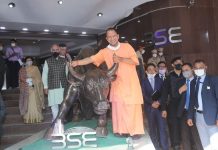 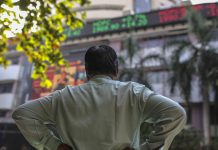 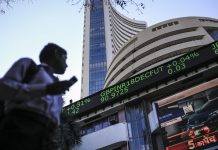