One perennial concern about new technology is that it will create a more unequal world, reducing wages and widening the divide between the haves and have-nots. Those fears have acquired a more panicked urgency with the rapid adoption of robotics and artificial intelligence.

It’s easy for this kind of apprehension to lead to a sort of neo-Luddism in which technology is viewed as the enemy. So I want to talk about another possibility: That new technology could actually help reduce inequality. The world should be ready for both outcomes.

Worries about technological advances destroying jobs have been around for centuries, but gained greater prominence in the 1980s and 1990s, when some economists blamed rising inequality on a gap between people who had the skills to use computers and those who didn’t. In fact, there’s evidence that some of this did happen in the 80s, but by the 90s, the computer-skills gap had basically run its course. Increased inequality since then has been due to other factors.

Nowadays, the fears have shifted to automation, with AI set to permeate nearly every industry:

In a series of recent papers, economists Daron Acemoglu and Pascual Restrepo have argued that robots reduce hiring and hold down wages. Their main point is that while the physical technologies of the past — electricity, internal combustion engines, and so on — complemented human brainpower, new AI technologies will replace human brainpower instead. That would concentrate income in the hands of the lucky humans who built or owned the robots, while hanging everyone else out to dry. This has led some politicians like Bill DeBlasio, and even some technology industry figures like Bill Gates, to suggest taxing automation.

Another possibility is that technology will create more inequality between nations. The International Monetary Fund recently released a working paper arguing that AI and robot technology could be monopolized by a few countries, making it hard for countries with cheap labor and lower technology levels to catch up. That goes along with the scary idea that labor-intensive manufacturing might no longer work as a development strategy, resulting in a freezing of gaps between rich and poor nations.

But while these negative scenarios are certainly possible, there are also good reasons to think that new technology could end up boosting wages for regular people.

First of all, AI and robotics themselves might empower regular workers instead of replacing them. As economists Ajay Agrawal, Joshua Gans and Avi Goldfarb argue in their book “Prediction Machines: The Simple Economics of Artificial Intelligence,” it’s possible that AI will mainly replace tasks instead of whole jobs. Just as assembly lines and machine tools allowed blue-collar workers to be more productive, AI might allow white-collar office workers to get more done. That would raise their value and their wages.

In fact, there’s already some evidence that the economic impact of AI is benign. A 2018 paper by economists Katja Mann and Lukas Puttmann found that the introduction of automation technology tended to make an industry add jobs instead of shedding them. That suggests robots and algorithms are complementing humans so far, rather than replacing them.

As for the potential for automation to make labor-intensive manufacturing obsolete, there’s little evidence that this is happening so far. Vietnam, Bangladesh, and a number of other developing countries are growing rapidly, thanks to the same kind of labor-intensive manufacturing that allowed China to kick-start its own development. And they show no sign of slowing down as automation spreads around the world.

Nor are AI and robots the only kind of technology now being widely adopted. The revolution in energy technology — solar and wind power, combined with batteries and other forms of energy storage — may be even more consequential.

Cheap, plentiful energy is a very different beast from automation. It’s far more akin to the type of technology that drove the Industrial Revolution. Cheap coal and oil allowed us to electrify society, mechanize factories, and build cheap housing, roads and other infrastructure. Inequality rose in the early stages of this process, but then fell, as unions and government protections for workers became stronger.

And while human institutions were critical to reducing industrial inequality, it was the nature of physical technology that made it possible. Energy is a complement to human intelligence and ingenuity — it multiplies the physical power of a factory worker many times over, allowing manufacturing jobs to be good jobs.

So new technology’s impact on inequality may turn out to be fairly neutral, or it may be that the kind of innovation prevailing in the 2020s will actually work to make the economy more equitable — provided that it’s assisted by unions and wise government policy. It’s important to keep this positive possibility in mind, and not fall victim to knee-jerk suspicion of innovation. -Bloomberg 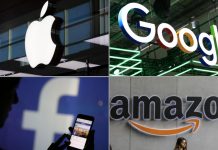 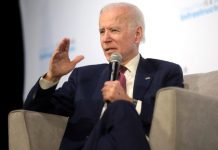 What Biden should do about Israel and Palestine 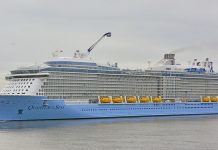