Hong Kong: The most popular Chinese-owned social media from WeChat to TikTok are increasingly censoring content in the U.S. and elsewhere, taking practices honed for years behind the Great Firewall to an international audience.

ByteDance Ltd.’s TikTok often buries or hides words that reflect political movements, gender and sexual orientation or religion in most countries where it operates, the Australian Strategic Policy Institute said in a report released Tuesday. Most of the content censored on WeChat supported pro-democracy activists in Hong Kong, as well as messages from the U.S. and U.K. embassies regarding a new national security law enacted by Beijing at the end of June that has provoked protests across the city.

TikTok, which began as a place where teens lip-sync to music, has become a forum for political protest including the Black Lives Matter movement, said Fergus Ryan, one of the authors. Hashtags related to LGBTQ+ issues were also suppressed in several languages, according to the report. Other topics censored in the past included criticism of Russian President Vladimir Putin.

Also read:Why buying TikTok India could be the smartest move Masayoshi Son could make this year

The findings may lend ammunition to the Trump administration, which banned TikTok and Tencent Holdings Ltd.’s WeChat after accusing the apps of bending to Beijing’s will in censoring content, potentially influencing the November elections. While social media services like Facebook scrub content such as hate speech, Washington accuses services like TikTok of blocking content considered sensitive to the Communist Party. WeChat has long complied with controls back home, while TikTok — which operates only outside China — has pushed back against claims it’s influenced by that country’s government.

“TikTok is a more curated experience where the platform has a huge amount of power to decide what content to serve up to users,” said Ryan. “Most of these hashtags are categorized in TikTok’s code in the same way that terrorist groups, illicit substances and swear words are treated on the platform.”

A Tencent representative declined to comment, while a ByteDance spokesperson had no immediate comment when contacted. The Australian institute cited TikTok as saying some terms “were partially restricted due to relevant local laws.” It was also cited as saying it “strongly supports our LGBTQ creators around the world, and is proud that LGBTQ content is among the most popular category on the platform with billions of views.”

Washington’s moves against TikTok and WeChat underscore how the concept of an internet decoupling is becoming reality. The Trump administration’s ban on TikTok and WeChat takes effect in mid-September, when both apps are likely to get taken off app stores but may continue to be accessible to many American users. WeChat can be a powerful vector in countries like the U.S. where the Chinese diaspora is substantial, because it is often a major source of information for that population.

But principles like free speech do not form part of those apps’ core values, rather they’re more likely to over-censor to align with local government wishes, according to the report.

ByteDance is now embroiled in sensitive discussions about a TikTok takeover in the U.S. with suitors including Microsoft Corp. and Oracle Corp., a deal estimated to fetch upwards of $20 billion. But uncertainty around the deal escalated sharply last week after China asserted its right to approve or block the sale of technology abroad, complicating an already complex process under scrutiny from the White House. The law underscored how Beijing wants to retain some control over content moderation and that it considers ByteDance’s algorithms to be a matter of state security, Ryan said.

“The rubber really hits the road with the algorithm,” he said. “TikTok’s algorithms are extremely sophisticated and powerful.”- Bloomberg

Also read:Trump wants slice of TikTok deal even though technically he can’t 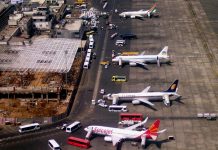 There’s one Indian airline stock in the world’s top 10. The other 9 are Chinese 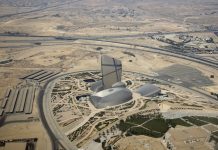 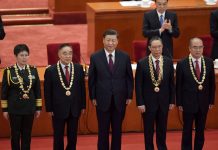