Melbourne: Not every advance in electric-vehicle technology takes place inside the sterile calm of a research laboratory.

Breakthroughs made by competitors in Formula E, which started its sixth season over the weekend, are being incorporated into family SUVs and sedans –- and even India’s electric rickshaws — as manufacturers seek to improve and extend their electric lineups while nations gradually phase out gas guzzlers. More powerful batteries and better motors, energy-management software and braking systems are all being transferred from the racetrack to the showroom.

“What we are doing in Formula E is highly relevant back on the road,” said Dilbagh Gill, chief executive officer and team principal of India’s Mahindra Racing, the motorsport unit of Mahindra & Mahindra Ltd. “We are able to come in and help them immediately in improving the product.”

Formula E, which began in 2014 with an “E-Prix” in Beijing, has 12 teams, almost all of which involve automakers producing or developing battery-powered vehicles for consumers – such as Nissan Motor Co. and Tata Motors Ltd.’s Jaguar brand.

Volkswagen’s Porsche and Daimler AG’s Mercedes-Benz brand are new participants in the 14-race season that opened Friday in Saudi Arabia. The schedule runs through July, concluding with the two-day London E-Prix.

DS Automobiles is taking the powertrain –- parts including the motor and inverter -– from its Formula E entry and putting it inside a concept car called the DS X E-Tense. It also will use the same operating software across its planned range of electric passenger vehicles.

PSA Group, also home to the Peugeot and Citroen brands, is targeting a fully electrified fleet by 2025.

“The cars that win in Formula E are the most energy efficient, which is largely driven by software,” Paris-based DS Automobiles said. “Everything we do in Formula E with algorithms and software we try to replicate in series production.”

Rules intended to limit costs for teams and keep the series competitive mean racers use a standardized lithium-ion battery manufactured by a unit of Newark, California-based Lucid Motors Inc.

During the first four seasons of Formula E, drivers needed to change cars in the middle of a race — leaping from one cockpit into another — because the power packs couldn’t complete a whole event, which typically lasts about 45 minutes.

“The real reason we are doing this is to demonstrate that we have world-class technology, which will find its way into our forthcoming road car,” said Chief Executive Officer Peter Rawlinson, previously chief engineer of Tesla Inc.’s Model S.

The company plans to start producing its Lucid Air sedan in Arizona next year, boasting of a range topping 400 miles and a speed exceeding 200 mph.

“If Lucid can transfer this technology to commercial electric vehicles, it could give them a real advantage,” he said.

Another key focus for Mahindra, DS Techeetah, Audi and the others is finding the best way to slow a car down.

Since most vehicles lose energy as heat when a driver hits the brakes and causes friction, electric race cars use regenerative braking systems. In effect, a car’s motor goes into reverse to both slow the wheels and act as a generator to send power back into the battery.

“Regenerating energy is going to be a key factor for the development of road cars,” said McNish, an ex-Formula 1 driver and a three-time winner of the 24 Hours of Le Mans endurance race.

For Nissan, the technology transfer goes both ways, Azusa Momose, a spokeswoman, said. Racing engineers working with the Nissan e.dams team are drawing on the company’s experience developing the electric Leaf hatchback.

“They share the same DNA,” Momose said in an email. Formula E cars are at the leading edge of energy management and powertrain development, she said.

Yet not all the gains are connected with technology or software.

Mumbai-based Mahindra will share racers’ cockpit tips with India’s auto rickshaw drivers to help them extend their battery’s range between refills. India is home to about 1.5 million battery-powered, three-wheeled rickshaws. Mahindra is among the manufacturers of electric versions.

“As soon as they improve range, their earning capacity improves,” Gill said.

Last season’s racers zipped along Brooklyn’s Clinton Wharf and Hong Kong’s Victoria Harbour. This season, competitors will loop around the National Monument in Jakarta, and, in the U.K., teams will tackle a circuit that weaves inside the ExCeL London exhibition center and then back outside onto the city’s Royal Docks.

“You are racing in the heart of cities, and that’s where electric vehicles will be driven,” McNish said. “You are effectively taking your product to the people.”

Also read: The electric cars are here. Now how about selling them 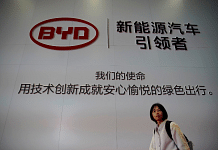 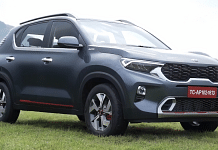 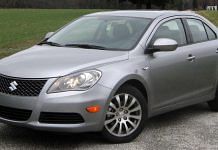