Hyderabad: Compared to Rio 2016, Tokyo 2020 meant a lot more pressure and expectations for P.V. Sindhu, the ace shuttler who made history with her bronze at the ongoing Olympic Games.

However, her coach Park Tae Sang, who has been training Sindhu for over a year, helped calm her down, she told ThePrint in an exclusive interview. The South Korean, she said, uses the Hindi phrase — “aaraam se (take it easy)” — to take the edge off high-pressure situations.

“Despite the pressure, he still makes sure to make me feel relaxed. He keeps saying ‘aaram se, just keep going’,” she added.

With her Tokyo bronze and Rio silver, Sindhu, 26, has become the only Indian woman to win two individual medals at the Olympics. This comes two years after she scored another first by winning a gold — the first for an Indian woman — at the badminton World Championships.

Sindhu’s powerful game has made her a giant of the sport, which she reportedly came to love on a chance encounter as a 10-year-old.

The shuttler trained for years under Pullela Gopichand, the badminton champion who runs a famed academy for the sport in Hyderabad and also serves as India’s chief coach, but the two parted ways after 2016. Park is Sindhu’s third coach since.

Asked about the difference in Park’s training compared to Gopichand’s, Sindhu said the former keeps pushing her to try new strokes even if she makes mistakes.

“Well, I think back then, I was really young and I think I learnt a lot over the last few years. Pressure and expectation is a lot more this time. I have been working with him (Park) for more than a year now. There’s nothing to compare (between coaches) but what is different (from earlier coaches, especially Gopichand)… I would say understanding a player is very important and so is communication,” she said.

“He (Park Tae Sang) always told me in practice and games, tournaments — ‘it’s OK, you just keep trying even if you make a mistake. It is okay, just keep trying’. This is what I felt different back then and now,” she added.

Sindhu, who has been training at Hyderabad’s Gachibowli stadium, thanked the state government for allowing her to do so. Training at the stadium helped her focus to “control the shuttle”, she said, adding that it was on a par with international stadia and had conditions similar to the Olympics environment.

Sindhu also weighed in on the importance of mental health, a topic that has been gaining traction in the sporting world of late with the likes of tennis player Naomi Osaka and gymnast Simone Biles publicly talking about it.

Meditation, Sindhu said, helped improve her mental health during the Covid pandemic that made training hard and also pushed the Olympics back by a year.

In November, Sindhu shocked fans with a Twitter post that read “I retire”. But when one read the text slides attached, it turned out that all she sought to retire from was the negativity spelt by the pandemic.

Sindhu received a stirring welcome in Hyderabad as she returned from Tokyo Wednesday, with state Sports Minister Srinivas Goud receiving her at the Rajiv Gandhi International Airport and felicitating her. He called her the “pride of Telugu states”.

At her home, in Hyderabad, Sindhu was showered with flowers on her entry. An ‘aarti’ followed for the champion, who had returned home after months.

Sindhu said she would meet both the Telangana and Andhra Pradesh chief ministers in the coming days, as well as Prime Minister Narendra Modi. With the latter, she added, she may eat ice cream.

The “ice cream” statement refers to a video interaction Sindhu and her family had with PM Modi in July, before going to Tokyo, where the latter asked her if her tough diet regimen allowed her to have ice cream. When she said she could only eat it once in a while, Modi said he would eat ice cream with her when she returned. 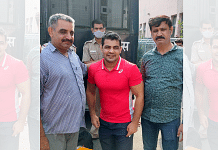 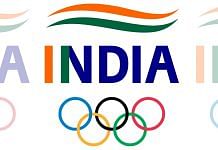 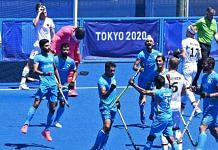