Barcelona: An emotional Lionel Messi said there’s a chance he’ll play for Paris Saint-Germain next season after talks with FC Barcelona, where he’s played since the age of 13, broke down.

The Argentine soccer superstar spoke at a news conference in Barcelona, saying he had expected to remain with his old team.

“My family and I were convinced that we were going to stay here,” said Messi, 34, wiping away tears. “That’s what we wanted more than anything.”

Nothing’s been decided about where he will play next season, but Paris Saint-Germain is “a possibility,” he said.

Barcelona announced in a short statement on Thursday that after 17 seasons, Messi’s contract wouldn’t be renewed at the only professional club he’s played for.

Messi said he did everything possible to remain with Barcelona, including offering to take a 50% pay cut. He echoed the club’s explanation for the breakdown in talks — that the Spanish league’s salary caps scuttled a deal. Widely regarded as the best player of his generation, Messi set an array of records but couldn’t make the club’s balance sheet a winner.

According La Liga rules, clubs have a salary cap to spend on players and coaches based on the difference between income and costs. In the case of Barcelona, with Messi on board — even with a significant proposed salary cut — the wage bill was an unsustainable 110% of its revenues.

Barcelona’s biggest problem continues to be its debt load. The club’s financial net debt at the end of March, when new management took over, was 673 million euros ($792 million). The adjusted provisional debt’s now above 1 billion euros, including the payment of players’ salaries deferred during the pandemic. The club is conducting an audit and the final figure could be higher.

Messi first suited up for Barcelona’s youth squad when he was 13, and made his first-team league debut in 2004-05. He was on track to make about $82 million a year under the new Barcelona contract that never went ahead. Forbes estimates his 2021 income, including salary and endorsements, at $130 million, second among all athletes to Ultimate Fighting Championship star Conor McGregor. –Bloomberg

Also read: English football has to realise — just tweeting against racism isn’t going to be enough 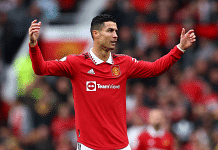 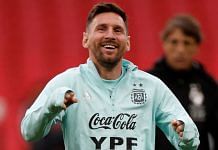 Byju’s announces Lionel Messi ambassador for ‘Education for All’ initiative 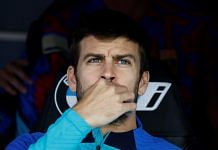