Fritillaria delavayi is a much sought after plant used in traditional Chinese medicine. It has been used for over 2,000 years for medicinal purposes.

The plant was historically bright green in color, and stood out against the rocky, mountainous terrain it grew on. It, however, seems to have evolved camouflage to hide from humans and blend into the rocky landscape in the past few decades.

This ability to camouflage, however, has been found to occur only in places where humans harvest the plant in large quantities. In places where it isn’t harvested, the plant continues to be bright green in colour.

More on the Smithsonian Magazine.

Mars may still be geologically active

Mars once used to be geologically active and previous studies have hinted that the last volcanic eruptions had occurred in the planet around 2.5 million years ago, after which it started to cool down.

New findings have now emerged indicating that a volcanic eruption could have occurred on Mars just about 53,000 years earlier. In geological terms, this is not too long ago. The findings also indicate that there could be occasional geological activity even today and “such volcanic activity could melt subsurface ice, providing a potential habitable environment for living things”.

More about it in on The New York Times.

With an ongoing pandemic, people across the world have been dealing with various levels of isolation. A new study has now found that human longings during this kind of social isolation “share a neural basis with the food cravings we feel when hungry”.

The researchers found that the same region of the brain gets activated when, after a day of isolation, participants were shown images of people having fun, and when someone who hasn’t “eaten all day sees a picture of a plate of cheesy pasta”.

The Arecibo observatory in Puerto Rico has played a major role in looking for exoplanets and asteroids. The telescope is large, with a 1,000 ft dish, and above it a 900-ton equipment platform that is suspended by cables from three towers.

Earlier this year, a cable had broken off and crashed into the dish, damaging some of the panels. Before the repair could be completed, another cable also broke, sparking concerns of a collapse.

The rabbles also seem to be corroding, exacerbated by hurricanes in the current season. The telescope will now undergo controlled decommissioning, after 60 years of operation. 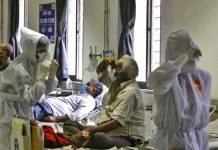 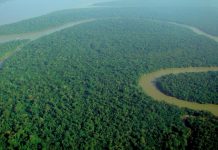 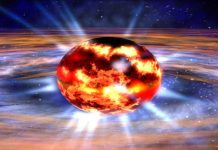