For the first time, scientists have discovered a rocky Earth-like exoplanet with a partially preserved atmosphere — giving researchers a chance to glimpse into an atmosphere of a planet outside our solar system.

While a wide variety of exoplanets, made of rock, ice and gas have been discovered in the last couple of decades, studying the atmosphere of rocky planets is extremely difficult with currently available instruments. For that reason, atmospheric models for rocky planets remain untested.

Researchers have now discovered a hot super-Earth in orbit around a nearby red dwarf star Gliese 486 — only 26 light years away from the Sun.

In spite of being so near to its star, the planet has probably conserved part of its original atmosphere, thus becoming a good candidate to observe in more detail with the next generation of space and ground telescopes.

Gliese 486b takes the same length of time to spin on its axis as to orbit its host star, so that it always has the same side facing the star.

Although Gliese 486 is much fainter and cooler than the Sun, the radiation is so intense that the surface of the planet heats up to at least some 430 degrees Celisus. Because of this, the surface of Gliese 486b is probably more like the surface of Venus than that of the Earth — with a hot dry landscape and burning rivers of lava.

However, unlike Venus, Gliese 486b may have a thin atmosphere.

Organic matter discovered on an asteroid for the first time

Researchers have for the first time found water and organic matter on the surface of an asteroid sample returned from the inner solar system. This marks the first time that organic materials — which could have provided chemical precursors for the origin of life on Earth — have been found on an asteroid.

During the Japanese space agency JAXA’s first Hayabusa mission in 2010, a single grain of sample was returned to Earth from asteroid Itokawa.

The sample shows that water and organic matter that originate from the asteroid itself have evolved chemically through time.

The research team suggests that Itokawa has been constantly evolving over billions of years by incorporating water and organic materials from foreign extra-terrestrial material, just like the Earth.

In the past, the asteroid would have gone through extreme heating, dehydration and shattering. However, despite this, the asteroid came back together from the shattered fragments and rehydrated itself with water that was delivered via dust or carbon-rich meteorites.

The single grain from the asteroid, nicknamed ‘Amazon’, has preserved both unheated and processed organic matter within ten microns of distance.

Scientists have revealed that Earth has an extra layer — an innermost inner core. Traditionally, we’ve been taught the Earth has four main layers — the crust, the mantle, the outer core and the inner core.

But this week, researchers from The Australian National University said that while this new layer is difficult to observe, its distinct properties may point to an unknown, dramatic event in the Earth’s history.

The team found evidence that may indicate a change in the structure of iron, which suggests two separate cooling events in Earth’s history.

Investigating the structure of the inner core can help us understand more about the Earth’s history and evolution.

The idea that this innermost inner layer exists was proposed a couple of decades ago, but the data has been very unclear until now.

A team of scientists at Virginia Tech have discovered a new species of millipedes called Nannaria hokie.

Usually when a new species is discovered, we think of scientists trudging through deep caves, uncharted rainforests or hidden oasis in the desert.

But what is interesting about the discovery of Nannaria hokie was that it was discovered right in the campus of Virginia Tech in the US.

Nannaria hokie is about 2 cm long. It is a dark reddish millipede with yellow-white highlights. They have twisted claws on their feet before their reproductive organs.

Millipedes have existed far longer than humans have and represent some of the first land animals discovered by scientists in fossil records. They are crucial to forest ecosystems as they break down decaying plant matter into smaller material, so that bacteria and other smaller organisms can continue to recycle the material into the soil and make its nutrients available for future generations of life.

A priceless fossil made headlines this week after scientists in the UK revealed that it had been transported across South Africa and briefly brought to a UK research centre in complete secrecy two years ago.

This was done so that an advanced X-ray study could be carried out on the 3.67 million year-old skull of Little Foot — an individual of an ancient human ancestor.

Scientists were able to see some microscopic details in the ancient remains that could help unravel key clues to the origins of modern humans.

The scanning focused upon the upper part of Little Foot’s braincase, as well as her lower jaw. The researchers gained insight not only into the biology of Little Foot’s species but also into the hardships that this individual, an adult female, encountered during her life.

The researchers spotted defects in the tooth enamel indicative of two childhood bouts of physiological stress such as disease or malnutrition. The individual got the nickname ‘Little Foot’ because of the small foot bones that were among the first elements of the skeleton to be found.

Also read: 1,000 yrs for a trip around Sun — scientists map orbit of most distant object in solar system 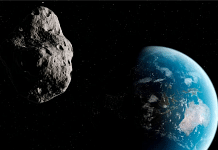 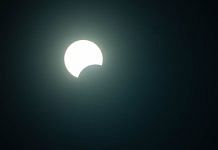 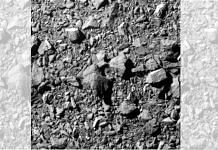