For the first time, scientists have delved into the microbes living in several emblematic drawings of Italian polymath Leonardo Da Vinci, revealing the unseen traces of DNA left on these works of art.

Researchers from institutes in Austria and Italy analysed seven works of Da Vinci using an innovative genome sequencing technology. They found that bacteria dominate fungi in these pieces. Until now, fungi were thought to be a dominant community in paper-supported art.

A high proportion of bacteria was likely introduced by intensive handling of the drawings during restoration works, or might have come through flies and their excrement a long time ago, the researchers say. A large amount of human DNA was also found. But it did not come from Da Vinci himself.

It is important to understand the microbiome — genetic material of all the microbes present on the work — of art pieces because it helps devise the best way to preserve them. More on Livescience.

Scientists have recreated the family tree of the Milky Way galaxy by analysing the properties of globular clusters using artificial intelligence.

Globular clusters are dense groups of up to a million stars that are almost as old as the universe. The Milky Way hosts over 150 such clusters, many of which formed in smaller galaxies that merged to form the larger galaxy.

Astronomers have suspected for decades that the old ages of globular clusters would mean that they could be used as “fossils” to reconstruct the early assembly histories of galaxies.

Using a computer simulation, researchers were able to relate the ages, chemical compositions, and orbital motions of globular clusters to the properties of the galaxies in which they formed over 10 billion years ago.

The simulations also revealed a previously unknown collision between the Milky Way and a galaxy, which the researchers named ‘Kraken’.

The findings allowed the team of researchers to reconstruct the first complete merger tree of our galaxy. Over the course of its history, the Milky Way cannibalised about five galaxies with more than 100 million stars, and about fifteen with at least 10 million stars. More on Forbes.

In a stroke of luck, a camera aboard a research ship was able to capture the footage of an extremely bright meteor crossing the sky and then breaking up over the ocean.

The meteor, which was bright green, was spotted by the bridge crew and reported to the science staff on board RV Investigator, a research ship owned by the Australian government’s Commonwealth Scientific and Industrial Research Organisation.

The meteor was captured by the ship’s livestream camera, which beams live vision from the ship 24/7.

At the time the vision was captured, the research vessel was in the Tasman Sea about 100 km south off the Tasmanian coast. More on Space.

Also read: ‘What does Europe smell like?’ — 3-year project set to archive key scents from history

3D images of chromosome show it looks different than thought

Researchers have captured high-resolution 3D images of human chromosomes, which contain our DNA. The team used a new method to image the structure of chromosomes. They built a chromosomal map from both wide-lens images of all 46 chromosomes and close-ups of one section of one chromosome.

The images reveal insights into how genetic codes are translated into proteins. The team believes that the structure of the chromosome may influence its functions.

The research also indicates that no two chromosomes look the same, even in cells that are otherwise identical.

To discover what each chromosome looks like in every cell in the human body, the work of 3D-mapping chromosomes will have to be expanded to other labs. More on Sci News.

New blue-coloured mineral discovered, could be used to make batteries

Scientists have discovered a new mineral called petrovite — which occurs as blue globular aggregates of crystals with gaseous bubbles — in Russia.

For over 40 years, researchers have been studying mineralogy in the Kamchatka Peninsula. Unique features in the region were formed after two major volcanic eruptions — in 1975-1976 and 2012-2013.

The chemical formula of the new mineral is Na10CaCu2(SO4)8. The copper atom in the crystal structure of petrovite has an unusual and very rare coordination of seven oxygen atoms.

The mineral has a porous framework. The voids are connected to each other by channels through which relatively small sodium atoms can move. Scientists have therefore established that the structural type of petrovite is promising for ionic conductivity and can be used as a cathode material for sodium ion batteries. More on New Atlas. 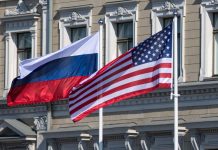 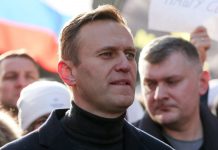 How corruption cuts both ways in Russia’s surveillance state 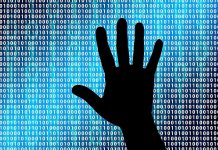