Bees can tell time by temperature

Researchers have shown that the internal clocks of bees are driven by temperature cycles inside their hives.

The researchers sought to better understand how bees lived in areas beyond where light enters the hive. They found that there were clear temperature fluctuations across the day throughout the hive, mimicking temperature oscillations caused by daylight.

This temperature cycle also influenced the bee’s activity. The researchers put bees in constant and total darkness while exposing them to the temperature cycles they observed within the colony.

Six days later, the scientists were able to shift the temperature cycle back by six hours.

The discovery that bees can tell accurate time from temperature cycles inside the hive shows that on a cloudy day or when bees aren’t going outdoors, they have other means to tell time accurately. This will affect the way that researchers understand, interpret and integrate what they know of bee behavior.

This also means that as more extreme weather events occur around the world, bees will face challenges to maintaining the activities that keep them and the agriculture they support healthy and vibrant. Read more on it here

Tardigrades survive being fired from guns

A team of scientists from the University of Tent in the UK have used special guns to fire tardigrades to see if the microorganisms would survive the impact.

Also known as water bears, tardigrades are among the toughest known organisms on earth.

Tardigrades can survive sub-zero temperatures, boiling water, zero oxygen, radioactive and cosmic radiation, high pressures, and even the vacuum of space for years.

The scientists wanted to determine if it is possible for tardigrades to survive a journey on an asteroid from one cosmic body to another. But for that, the tardigrades would need to survive the impact shock during “lift-off” and “landing” on another planet. So they fired the organisms out of a special gun to mimic such an impact event.

They found that the tardigrades survived up to an impact velocity of 825 meters per second. However, the surviving organisms needed more than 8 to 9 hours to resume activity, suggesting that at least some tissues were damaged. Read more here

Using data obtained with the Atacama Large Millimeter/submillimeter Array (ALMA), researchers found a spiral galaxy that existed 1.4 billion years after the Big Bang. This is the most ancient galaxy of its kind ever observed.

The discovery of a galaxy with a spiral structure at such an early stage is an important clue to understanding how and when spiral galaxies are formed.

Spiral galaxies are fundamental objects in the universe, accounting for as much as 70 per cent of the total number of galaxies. However, other studies have shown that the proportion of spiral galaxies declines rapidly as we look back through the history of the universe.

The researchers found that the spiral structure extends 15,000 light-years from the center of the galaxy. This is one-third of the size of our Milky Way Galaxy. The estimated total mass of the stars and interstellar matter in it is roughly equal to that of the Milky Way. Read more here

A new study shows that the current rate of biodiversity decline in freshwater ecosystems outcompetes the mass extinction event that killed dinosaurs. This damage may now take millions of years to undo.

The current biodiversity crisis, often called the 6th mass extinction, is threatening a number of species to extinction, mostly as a direct or indirect consequence of human impact.

Habitat destruction, climate change, overexploitation, pollution and invasive species are among the main causes for Earth’s biota to decline rapidly.

The researchers compared today’s crisis with the previous, 5th mass extinction event. That event was the result of an asteroid impact 66 million years ago, eradicating about 76% of all species on the planet, including entire animal groups such as the dinosaurs.

Focusing on freshwater life the research team gathered a large dataset containing 3,387 fossil and living snail species of Europe covering the past 200 million years. They estimated rates of speciation and extinction to assess the speed at which species come and go and predict recovery times.

The team found that the rate of extinction was three times higher than during the time the dinosaurs went extinct. They predict that by 2120, a third of the living freshwater species will have vanished. Read more here

In what is being considered a major breakthrough in the study of embryonic development, scientists have developed a cutting edge technique which enables them to instantly examine the biological traits and behaviours of developing embryos as an energy signature, rather than focusing on individual characteristics.

The method is built around timelapse video captured by the researchers of embryos of a freshwater pond snail during their earliest and most dynamic life stages.

Each video being composed of a series of individual pixels, whose brightness fluctuates from one frame to the next. The team developed a means of using these fluctuations to track detailed changes in energy usage.

This means that rather than choosing individual aspects to measure, scientists can capture all of the traits of a growing embryo in a video.

The team also used the technique to demonstrate that the overall amount of energy expressed during the development of an embryo could be used to predict its growth rate, suggesting it may reflect the actual usage of energy by the embryo itself. Read more about it here 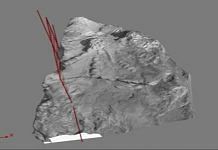 Why newfound ancient marine invertebrate has been named after Zelenskyy 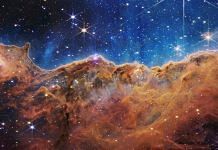 James Webb telescope could have been a disaster. But here’s how it catapulted us into new era