Bengaluru: The oldest known fossils of animals date back 541 million years, which is when animals first started to appear according to fossil record. But a new discovery seems to point to much older animal fossils — that of sponges dating to 890 million years ago.

But not all scientists are convinced that the patterns were truly formed by sponges. In an accompanying article in the same magazine, geoscientists suggested such intricate microscopic patterns could well have been produced by natural processes in rocks.

Scientists unaffiliated with the findings have pointed out that since many natural geological processes can produce patterns that appear similar to sponge fossils, other bits of evidence like biological material could potentially strengthen the claim that the rocks are indeed sponge fossils.

Establishing them as fossils would fundamentally change what scientists today understand about the evolution of life, and particularly, of multi-cellular animals.

Also read: This star’s death billions of years ago is challenging what we know about supernovae

What is the Cambrian Explosion?

Multi-cellular animals are believed to have diversified and “exploded” in shape, size, form, and ability, during the time period known as the Cambrian Explosion, about 541 million years ago. The event lasted about 20 million years, and all major groups (phyla) of animals started to appear in the fossil record at this time.

The current fossil evidence indicates that life before the Cambrian Explosion was composed of mainly unicellular organisms and small multi-cellular colony-forming organisms.

Animals diversified during the Cambrian Explosion due to a variety of factors, including increase in levels of atmospheric and oceanic oxygen, the formation of the ozone layer, and the warming of earth after a “snowball” event where the entire planet was enveloped in ice. Some evolutionary biologists also theorise that the development of eyes further expedited the process of evolution.

While it is known that ancestors of these animals lived before the explosion, scientists consider it unlikely that something as complex as a sponge evolved 350 million years prior to this time.

Sponges are some of the earliest animals to ever appear in the fossil record, and the oldest confirmed fossil of one dates to the start of the Cambrian Explosion 541 million years ago  . However, disputed fossils do exist, including one dated to 635 million years ago.

If older fossils such as this one are confirmed to be of sponges, they could also alter our understanding of how animals evolved in low oxygen environments.

Also read: This unusual star cluster with two tails is set to dissolve as 100% black holes, in 1 bn yrs 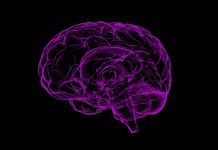 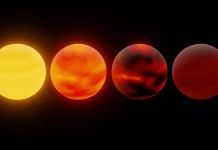 NASA decodes why some planets have clouds of sand