Bengaluru: The launch of Boeing’s Starliner Orbital Flight Test 2 (OFT 2) was postponed just 2.5 hours short of launch, after the detection of issues in the capsule’s propulsion system Tuesday.

The launch was first rescheduled to Wednesday but was postponed again after engineers detected “unexpected valve position indications” in the propulsion system, Boeing said in a statement.

The mission was to perform an uncrewed test flight to the International Space Station (ISS) Tuesday at 1720 UTC from Cape Canaveral in Florida. It was a five-day mission, during which Starliner was expected to dock with the ISS, then undock, and land safely back on earth. It was to carry 270kg worth of supplies and test equipment, and pins of Rosie the Riveter, the iconic poster of women who worked in factories during wars, as well as flags from historically black colleges and universities (HBCUs).
​
The capsule was to have launched atop the Atlas V N22 rocket. It was rescheduled first to 1657 UTC Wednesday but scrubbed again.

The Starliner capsule, called Crew Space Transportation-100 (CST-100), is manufactured by Boeing for NASA’s Commercial Crew Program, which SpaceX is also a part of. It is a reusable crew capsule, to be responsible for transporting crew and supplies to and from the ISS. Boeing was awarded contracts for development by NASA in 2010 and 2011. The number 100 in the name reportedly stands for the Karman Line or the technical boundary of space at 100 km.

​Its previous test flight, conducted in December 2019, suffered a clock error after reaching space, causing one of the thrusters to over-fire and deplete fuel. It experienced an “off-nominal insertion”, entering a stable orbit, but not the correct one required to dock with the ISS.
​
“We’re disappointed with today’s outcome and the need to reschedule our Starliner launch,” said John Vollmer, vice president and programme manager, Boeing’s Commercial Crew Program, in the statement. “Human spaceflight is a complex, precise and unforgiving endeavor, and Boeing and NASA teams will take the time they need to ensure the safety and integrity of the spacecraft and the achievement of our mission objectives.”

Also read: Water lakes were found at Martian South Pole in 2018. New findings say it was frozen clay instead 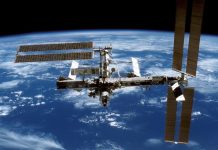 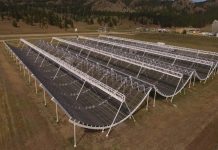 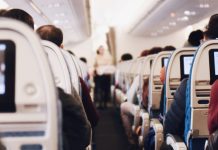 Boeing to test ‘Curtain of Air’ to fight Covid: What it is & how it can protect fliers