Home Pre-Truth Why some IAS parents could pull kids out of Sanskriti School, but...
Facebook
Twitter
Linkedin
Email
WhatsApp

With Delhi’s elite Sanskriti School refusing to budge from its decision to raise its fees by almost 50 per cent, some civil servant parents are contemplating putting their children in other schools.

Sanskriti School, situated in Delhi’s Chanakyapuri, was founded by a group of civil servants, and reserves 60 per cent of its seats for children of Group A government officers. The stand-off between the parents and the school authorities marks a rift of sorts between the country’s top civil servants, since the school managing committee chairperson post is earmarked for the Cabinet Secretary’s wife.

Some of the parents, who are senior officers in the central government, said parents’ WhatsApp groups are fraught with discussions about changing their children’s school if the authorities don’t budge. The parents would be left with no choice since the school’s revised fee is simply unaffordable for a civil servant, given their average salary of around Rs 1.5 lakh per month.

While the parents have asked the school to call for a meeting with them to discuss and negotiate the fee structure, the school has not yielded to their requests so far. Disgruntled parents say the school’s refusal to not roll back the fee hike even at the time of a pandemic betrays its “arrogance”, and they are left with no option but to enroll their children elsewhere.

There is no decision on their proposal to ask for a CAG audit into the school’s finances yet, since most civil servants are reluctant to get into a murky stand-off with the management of the school, which is occupied by their seniors in the bureaucracy.

Delhi Chief Minister Arvind Kejriwal claimed in a TV interview last Saturday that three containment zones in Delhi contributed 60 per cent of the deaths due to Covid-19.

But not only are Delhi government officials mum about corroborating the CM’s claims, most of them are clueless about which three zones Kejriwal was referring to.

The death toll in Delhi stands at 73 as of Sunday afternoon, and was at 61 when the CM made the claim last Saturday.

ThePrint approached several Delhi health department officials, who said they were not aware of the containment zones the CM was referring to. Members of Kejriwal’s own team were also caught unawares by the claim. ThePrint also approached CM Kejriwal for a clarification, but there was no response.

A source said two of the three containment zones Kejriwal was referring to could have been in Delhi’s Central district, which have reported 12 deaths each for a total of 24 out of the then-figure of 61. However, even in that there’s a contradiction, as the figures given out by the district magistrate for these two containment zones adds up to 20.

No one seems to know which is the third zone Kejriwal referred to. 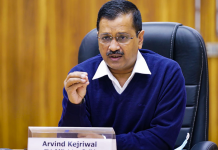 51 lakh people to get Covid vaccine in first phase of vaccination in Delhi, says Kejriwal 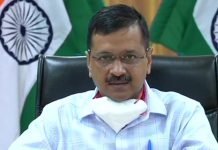