Pre-Truth, our new feature, will bring you snappy, witty and significant snippets from the world of politics and government.

The BJP paid an Ahmedabad resident Rs 15 lakh for “managing” the media for party president Amit Shah’s two pre-poll rallies in Karnataka, only to discover that it had been “defrauded”. State BJP functionaries initially wanted to file a complaint with police, but decided against it to “avoid embarrassment” to some central and state office-bearers who had recommended the self-proclaimed media manager.

The Ahmedabad resident raised two bills, for Rs 7 lakh and Rs 8 lakh, claiming that he had paid three TV channels (including two perceived to be sympathetic to the BJP) and newspapers to cover Shah’s rallies on 10 and 25 January. The party reimbursed the money, but red flags were raised when he presented a third bill, for Rs 8 lakh, claiming a similar arrangement for Uttar Pradesh CM Yogi Adityanath’s rally on 6 March. Suspicious state BJP functionaries checked with the correspondents of the said TV channels, who rejected the allegations of receiving any payments.

A central BJP office-bearer from Ahmedabad, with whom the media manager had claimed proximity, told ThePrint that he knew the advocate but denied having recommended him for any role in the Karnataka elections.

Has BJP given up hope of an alliance with AIADMK? Seems so

The BJP has given up hope of an alliance with the AIADMK in Tamil Nadu. Or so it seems, going by the fact that a senior handpicked IAS officer, shifted from a key position in the Prime Minister’s Office (PMO) to Tamil Nadu last November, is looking for an assignment outside the state. T.V. Somanathan, a close aide of Modi, was transferred to his home cadre when Tamil Nadu politics was in turmoil and the BJP was hoping to get a foot in the door. Such a move back for a key and trusted officer in the PMO was unusual.

Somanathan, an additional secretary in the PMO, was posted as principal secretary to the Tamil Nadu government and was thought to be the eyes and ears of the PMO. He has now appeared for an interview for the post of RBI deputy governor. The 1987-batch IAS officer has a doctorate in economics and used to be closely involved in preparing the union budget. He was also assigned to be the go-to man in the PMO for corporate India. His return to Chennai had, therefore, raised curiosity in the corridors of power, especially because he was close to Prime Minister Narendra Modi. Modi had also shifted many items on his schedule to attend his daughter’s wedding in Chennai.

Why Maharashtra’s most senior bureaucrat is miffed

Maharashtra chief minister Devendra Fadnavis’ decision to appoint IAS officer D.K. Jain as state chief secretary, overlooking his senior colleagues, has ruffled feathers in the state’s bureaucratic circles. Medha Gadgil, the most senior IAS officer in the state government, went on leave soon after Fadnavis picked Jain over her, and is yet to resume work. Sources said Gadgil, a 1983-batch IAS officer, is likely to return from her long protest leave in June. Incidentally, the bureaucrat, posted as additional chief secretary for the relief and rehabilitation department, is the wife of Congress leader Anant Gadgil. Medha would have been the first woman chief secretary of Maharashtra had the CM picked her. Sources said she sought legal counsel on whether she could take any action on the grounds of gender discrimination before deciding to let it go.

Tejashwi comes into his own as a politician

Forced to step into the shoes of his father, Lalu Yadav, following his conviction in the fodder scam cases, RJD leader Tejashwi Yadav seems to be gradually finding his feet in the vortex of politics. At Karnataka chief minister H.D. Kumaraswamy’s swearing-in ceremony, the 28-year-old was seen touching the feet of BSP chief Mayawati and West Bengal chief minister Mamata Banerjee. Both ladies were visibly touched by his gesture and hugged him warmly. Other veteran leaders attending the ceremony were equally affectionate as the former Bihar deputy chief minister went around greeting them. Lalu is very popular among the leaders of his generation and Tejashwi seems to be benefiting from this. But the young leader will need his father’s guile, too, as he starts moving in circles where only the fittest survive.

Why one of the HRD ministers of state seems ‘clueless’

Minister of state for human resource development Upendra Kushwaha is conspicuous by his absence at most of the ministry-related functions. It’s either HRD minister Prakash Javadekar or his other deputy, Satyapal Singh, who presides over these functions. Kushwaha, who handles school education, also missed a recent meeting of the Central Advisory Board of Education (CABE).

His close aides claim that this is because his office is not involved in most of the policy decisions. No wonder the minister often sounds clueless. Launching the Samagra Shiksha Abhiyan, the integrated school education scheme, Thursday, he had few details to offer. “All types of education should be provided to children. This is the main motive of the scheme,” he said, drawing smiles all around.

Jharkhand Congress chief Ajoy Kumar found an interesting solution to a peculiar problem he faced. After becoming the party state president, he gave out his phone number at every meeting, asking Congress workers to call him any time if they had a problem. The party workers took the message very seriously, and Kumar started getting calls till late in the night, sometimes even around midnight, from workers seeking to discuss the selection of a district president or complain about party officials. Kumar, who usually sleeps by 10 pm, found it difficult to take calls late at night, and eventually devised a way to deal with it. He began to put his phone on silent and sleep early, and get up around 3 am to respond to the missed calls. The message spread quickly and the party workers now know it is better to call him before 9 pm. 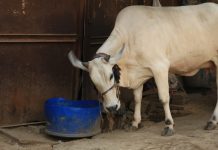