‘Post-truth’, a gift of the Trump campaign, means a situation in which people are most likely to accept an argument based on what they want to believe, never mind the facts.

But journalists should inhabit the realm of ‘pre-truth’. By virtue of their access to places, events, people, and curious eyes, noses and ears, they find exclusive, juicy, information that may still be closed-circuit chatter before becoming open fact.

It deserves to be out there, before it hits the news cycle and crams the networks.

Pre-Truth, our new feature, will bring you snappy, witty and significant snippets from the world of politics and government, from the national capital and the states. So stay tuned Wednesdays and Fridays, to begin with.

The volatile political situation in Karnataka is clearly something Prime Minister Narendra Modi does not want to be seen as being embroiled in. He didn’t attend the swearing-in ceremony of B.S. Yeddyurappa Thursday nor did he tweet his usual congratulatory message to the party’s new chief minister. BJP president Amit Shah also didn’t attend the swearing-in ceremony but was prompt in lauding the new chief minister on Twitter. Amid his silence on Yeddyurappa assuming office, Modi did call up JD(S) leader H.D. Deve Gowda to wish him on his birthday Friday. BJP insiders say Modi is waiting for the floor test to tweet his congratulatory message to Yeddyurappa—that is, if the BJP manages the numbers on the floor Saturday.

Last week when Justice J.Chelameswar cited personal reasons to decline the Supreme Court Bar Association’s invitation to a customary farewell function, it led to all kind of speculation. Chelameswar was one of the four senior judges of the Supreme Court who had addressed an unprecedented press conference to air their differences with Chief Justice Dipak Misra. He, however, honoured another tradition on Friday by sitting with the CJI in court 1 on his last day. As it turns out, Justice Chelameswar does not attend farewell or welcome parties as a matter of principle. Even when he left the Kerala High Court, where he was chief justice in 2010, he had refused to accept a farewell.

During the midnight hearing in the Supreme Court on the government formation in Karnataka, senior advocate Mukul Rohatgi said he was appearing for two BJP MLAs but refused to name them. On Friday, he said he was appearing for Chief Minister B.S. Yeddyurappa and the two MLAs but still refused to name them. During the first hearing, Rohatgi took a dig at senior advocate and Congress leader Abhishek Manu Singhvi, saying that he didn’t know what was that urgent for judges to be woken up at midnight. The BJP’s counsel said the last time that he appeared at a midnight hearing was during terrorist Yakub Menon’s execution and that the benchmark had to be a ‘life-and-death question’. As it was, in 1985, Singhvi who was then a junior lawyer, had appeared before justice E.R. Venkataramaiah in a midnight hearing to secure bail for industrialist L.M. Thapar, who was arrested in a foreign exchange case.

While Abhishek Manu Singhvi represented the Congress at the midnight hearing in the Supreme Court, and former Attorney General Mukul Rohatgi appeared for the two BJP MLAs, the Union government was represented by Additional Solicitor General Tushar Mehta. A government source said Mehta was roped in after Attorney General K.K. Venugopal, 87, did not answer his phone. The octogenarian, however, later responded to the court’s call to assist it.

Congress president Rahul Gandhi recently appointed Kamal Nath as president of the Madhya Pradesh Congress Committee (MPCC), virtually projecting him as the party’s chief ministerial candidate. Other aspirants in the party, however, remain hopeful as the party hasn’t officially declared a CM candidate. The result: leaders of the faction-ridden party commissioning separate surveys to come up with the best nominees for party tickets. While the party has commissioned a survey, Kamal Nath and campaign committee chairman Jyotiraditya Scindia have commissioned separate surveys by different agencies. Kamal Nath has asked an agency to conduct a survey to profile each constituency in terms of the party’s position, local issues, and potential party candidates. Scindia has got another agency to identify strong leaders in each constituency.

All in the name

Haryana’s health and sports minister Anil Vij, who has shown a penchant for stoking controversies, was in the headlines once again. A BJP old-timer, the minister is upset with his health department for having renamed the national health insurance scheme, Ayushman Bharat, as Ayushman Bharat Haryana Arogya Yojana in Haryana. The reason: the acronym of the scheme is ABHAY. This apparently reminds him of his political adversary — Indian National Lok Dal leader Abhay Chautala. An upset Vij has asked his department to change the scheme’s name immediately and come up with an alternative. But Vij is not the only one who gets perturbed by acronyms. Grapevine has it that Chief Minister Manohar Lal Khattar was allergic to acronym HUDA for the Haryana Urban Development Authority. It reminded him of his predecessor, Bhupinder Singh Hooda. Last June, the Cabinet changed the name of the authority to Haryana Shahari Vikas Pradhikaran (HSVP), ostensibly to encourage the use of Hindi. 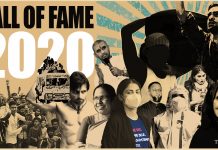 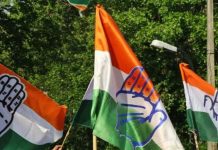