New Delhi: In May this year, when Smriti Irani took over as the Minister for Women and Child Development (WCD) after a career-defining victory over the then Congress president Rahul Gandhi in the Lok Sabha polls, it was seen as a promotion for the ministry itself.

But four months later, both the minister and the ministry seem to have disappeared from the headlines.

For a leader who made headlines nearly daily as Human Resource Development minister and Information & Broadcasting minister in the Modi government’s first term, Irani’s new, quiet persona is hard to miss.

The only platform on which Irani makes news these days is Instagram, where the 43-year old posts family photographs and updates with her husband and children.

While her Instagram posts, uncharacteristic as they are for a union minister, are lapped up by the media, the relative silence in the once-buzzing WCD ministry is puzzling.

As the Modi government completed 100 days of its second term last month, Irani hailed its decisions freeing women from the practice of triple talaq, achieving 8 crore Ujjwala beneficiaries, and making the law against child sexual abuse more stringent as the major achievements.

“There is little new work that has been done in the ministry since she took over,” said one source familiar with the WCD ministry.

When Irani emerged as the giant-killer in the 2019 Lok Sabha elections after defeating Gandhi from his pocket borough Amethi, it was widely expected that the young leader would be given a heavyweight portfolio. But she was given what are considered light portfolios – WCD and textiles.

“She says in jest to officers in the WCD ministry that she’s not going to stick around for long…if you send out this message, even in jest, obviously no work will happen.”

ThePrint emailed a list of questions to Irani Thursday and also sent them to her aide and the spokesperson of the WCD ministry and also sent reminders about them through text messages. There was no response from Irani and her aide until the time of publishing this report. The ministry spokesperson refused to comment.

Sources said that not only is little new policy work being undertaken in the ministry, work done by Irani’s predecessor Maneka Gandhi has also been stopped.

“The work on One-Stop Centres — which were a big achievement of the last government — has virtually come to a standstill,” a second source said. “While the existing ones are continuing, no work is being done to create more of them.”

Implemented in 2015, One-Stop Centres stem from a centrally sponsored scheme to support women who are affected by physical violence in private and public spaces, within the family, community and at the workplace.

According to data given by Irani in the Lok Sabha in July, 462 One-Stop Centres have been set up in the country in the last three years, while 728 have been approved to be set up in 724 districts.

Another important scheme called the National Children’s Fund – a scholarship programme for performing children, including orphans, living in childcare homes who wish to study further, is “languishing” as well, the source said.

Several other initiatives have been stopped, the sources claimed: The organic fairs started by the ministry in 2015 to promote women farmers and entrepreneurs in the organic sector, ‘Mahila e-Haat’, a zero-cost online platform where women entrepreneurs could sell their products directly, and a division in the ministry meant to handle individual complaints by aggrieved women.

The one programme Irani is pursuing proactively though is the POSHAN Abhiyaan — a multi-ministerial convergence mission being anchored by NITI Aayog, the government think tank, to make India malnutrition free by 2022.

The programme was launched by PM Narendra Modi in April 2018, and he is learnt to be personally invested in it.

“But since the scheme is being anchored by NITI Aayog, there is limited scope of work for WCD,” the second source said.

Since she took over the reins of WCD, the ministry has also been less visible, with the budget for advertisements barely used, the second source said. “There is very limited PR and advertising happening for the ministry’s work now.”

The officers in the ministry have limited access to their new minister who herself is not regular in office, the source said. “When she is in, the senior bureaucrats (of the ministry) are made to sit and wait in the visitors’ room if they wish to see the minister. She doesn’t want them to sit in the PS’ (personal secretary’s) room.”

Irani’s WCD stint so far has been markedly different from her previous controversial tenures in the HRD and I&B ministries.

She had lost the 2014 Lok Sabha election, but was rewarded nevertheless by being chosen as the youngest cabinet minister of the first Modi government and given the plum HRD portfolio.

However, she was widely criticised by the media as well as civil servants as high-handed, and with the HRD Ministry landing in one controversy after another on her watch — the Rohith Vemula case, the JNU row, German-Sanskrit row, etc — she was divested of the portfolio in mid-2016.

In 2017, she was appointed the minister for I&B — where she carved an image as someone averse to a free press on account of controversial proposals that sought to punish journalists accused of peddling “fake news” and called for RFID tags to track reporters visiting government offices.

By 2018, she was out of the I&B ministry as well, and given the far less important textiles ministry — a charge she continues to hold alongside WCD in the new government.

“It was obvious that her controversial stands and decisions in the first term of the Modi government were not appreciated by the party high-command,” said a BJP leader from Uttar Pradesh. “She is a very intelligent leader, so it seems she has got the message that in the BJP, making news all the time is seen as a minus.”

However, there is a difference between not courting controversy and not being interested in one’s work, said the leader, who spoke on condition of anonymity. “In the BJP-RSS philosophy, it is your dayitva (responsibility) to perform in whatever role you are entrusted with,” the leader said. “That is also one way to prove your loyalty to the party… She must acknowledge that.” 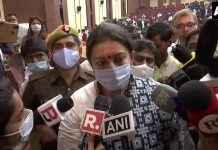 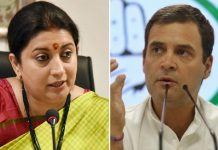 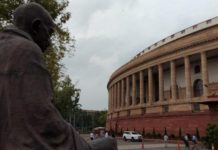