New Delhi: Basavaraj Bommai was chosen as the Karnataka chief minister Tuesday, a day after incumbent B.S. Yediyurappa stepped down.

With its decision to pick Bommai as the new chief minister, the Bharatiya Janata Party (BJP) has decided to stick with a leader from the politically and economically influential Lingayat community. The community, which is 16 per cent of the state’s population, has a say in around 100 of Karnataka’s 224 assembly seats.

Considered a close confidant and loyalist of Yediyurappa, 61-year-old Bommai held the portfolio of Home, Law, and Parliamentary Affairs in the previous Karnataka government.

“Even though Bommai is considered close to Yediyurappa, one should not forget that when he (BSY) left to launch his own party, KJP, Bommai remained in the BJP. At the same time, he has a good rapport with BSY too. These things were taken into consideration before his appointment. Of course, the caste factor is a crucial one too,” a BJP leader said.

Soon after he was announced as the next CM, Bommai said: “I thank the party and leader B.S. Yediyurappa for choosing me as the next CM of Karnataka. I will work for the people of the state. On this occasion, I would like to thank Prime Minister Narendra Modi and Home Minister Amit Shah…Yediyurappa proposed my name in the meeting and blessed me. I also thank all the MLAs of the party.”

Speaking to ThePrint, another state BJP leader said apart from being close to Yediyurappa, what worked in Bommai’s favour was caste arithmetic and his administrative grasp. “He knows how to take everyone along, which is going to be an important part of Karnataka BJP as well as the government. He knows the pulse of the state as he comes from a political family. He is quite experienced and has been in politics from his student movements days, though in the traditional sense might not be considered a senior leader,” the leader said.

“Basavaraj’s name for the post of CM was suggested by B.S. Yediyurappa himself to the party high command. Many ministers and MLAs also agreed with this suggestion. Soon after the decision was announced, Yediyurappa took to Twitter to congratulate him. These things are important if we are to look at how the government will function,” added another leader.

Also read: Why mass base is no comfort to Yediyurappas, Rajes and Singhs in Modi-Shah’s BJP

From engineer to politician

A mechanical engineer by profession, Bommai began his career with a telco company in Pune.

His father, S.R. Bommai, had also served as the chief minister of Karnataka.

Before joining the BJP in 2008, Basavaraj Bommai was with Janata Dal United [JD(U)]. He held the position of general secretary of the JD(U) in 1995. A year later in 1996, he was appointed political secretary of the then chief minister J.H. Patel.

In his initial days, Basavaraj learnt lessons from his father’s political life. But unlike his father who was the chief minister for a brief period after Ramakrishna Hegde resigned in 1988 and was one of three leaders along with Hegde and Deve Gowda who formed the Janata Party in 1970, Basavaraj kept changing his political ideology — from the Janata Dal to BJP.

“The party has taken a good decision in appointing him as the chief minister. He is a good parliamentarian, orator, knows the Constitution, rules and regulation and because of his father, he knows the politics too. Being a three-time MLA, he knows the entire state. He was the minister of irrigation too. He is very experienced,” said N. Ravi Kumar, Member of Karnataka Legislative Council and state general secretary, Karnataka BJP.

BJP MP Umesh Jadhav said Basavaraj “is a very shrewd politician. He knows the pulse of politics. During his tenure as water resources minister, he would attend tribunal hearings on the Krishna river water dispute daily. Yediyurappa always supported the upper Krishna project which he (Bommai) implemented.”

Another BJP MLA said Bommai is a hardcore politician and has good contacts in JDS. “He is knowledgeable, he is not charismatic like Yediyurappa, but he knows his job.” 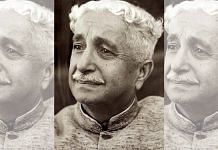 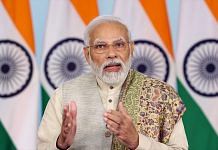 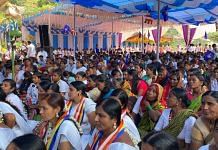 ‘Called untouchable in 2022’: Why hundreds of Dalits in Karnataka embraced Buddhism last week