At the meeting, party sources said, Amarinder brought up the recent tweets by Sidhu, where he has accused the Congress of “inaction” over a drug trafficking case dating back to 2018.

“CM Singh told Mrs Gandhi that this reflects poorly on the Congress party… that even after being given an important post of PCC chief, Sidhu is attacking the Congress government so openly,” said a leader who was privy to the meeting.

In a thread of tweets Monday, Sidhu had questioned the government over what action they have taken in the case where Shiromani Akali Dal leader Bikram Majithia and others have been named.

“What investigation had Punjab Police done ? What action had Punjab Govt taken ? Must be brought into public domain. Since submission of reports, what further action did the state take in 2.5 years ? Govt must make itself accountable to the Public with complete transparency !!,” He had written in one of the tweets.

Congress’ Punjab in-charge Harish Rawat told the media after Tuesday’s meeting that Gandhi had advised both Sidhu and Amarinder that they have to cooperate with each other and work together.

“I believe that Congress chief has advised that the state govt & organisation have to work together and both of them (Captain Amarinder Singh and Navjot Singh Sidhu) have to work within their respective limits but by cooperating with each other,” Rawat said.

I believe that Congress chief has advised that the state govt & organisation have to walk together & both of them (Captain Amarinder Singh and Navjot Singh Sidhu) have to work within their respective limits but by cooperatng with each other: Punjab Congress in-charge Harish Rawat pic.twitter.com/mX2Mw7UwDL

However, Rawat denied that Amarinder is still upset with Sidhu.

The Punjab chief minister’s meeting with Gandhi comes days ahead of the speculated cabinet reshuffle where more Dalits are expected to get representation, keeping the 2022 state polls in mind.

This is the first time since Sidhu’s elevation as PCC chief that Amarinder met with Gandhi.

Singh and Sidhu have been at loggerheads with each other for a while now, and the latter’s public statements criticising the CM’s work have only aggravated the crisis. Last month, the Congress leadership decided to make Sidhu the PCC chief, thus seemingly putting an end to the crisis.

The Punjab chief minister also met Home Minister Amit Shah Tuesday, where he demanded a repeal of the farm laws.

Amarinder also spoke of how although the farmers’ protests have been peaceful so far, the “rising tempers, especially as Punjab moves towards elections” may be cause of worry and so the laws must be repealed soon.

'While #FarmerProtest has so far been largely peaceful, one can sense rising tempers, especially as Punjab moves towards elections in early 2022. There's urgent need to review & repeal the #FarmLaws': @capt_amarinder tells @AmitShah https://t.co/9lwMW7riAr

Also read: Punjab CM Amarinder Singh is ready for truce with Navjot Sidhu if he apologises for his attack on Cong govt 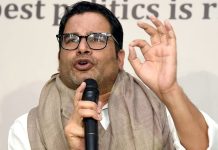 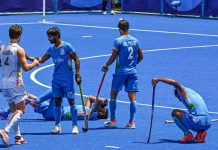 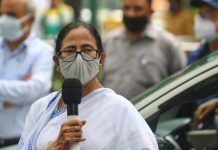 ‘Poore desh me khela hoga, it will be Modi vs country in 2024’ — Mamata says in Delhi