‘Point of Order’ is a section that underlines ThePrint’s commitment to editorial fairness.

Responding to ThePrint article by Manu Pubby ‘Behind DRDO’s ‘transfers’ of tech to industry at DefExpo, a familiar old story‘ published on 14 April 2018, the DRDO says:

The article acknowledges that 8 high technologies have been transferred by DRDO to the industries. However, it criticises DRDO’s performance, without ascertaining the facts of the case

The article mixes the two sequential steps involved in the production of a product, that is “Handing over of the products to the armed forces” and the “Transfer of technology (ToT) to the industries”. The process of formal ToT was started on 30 June 2015, after the issue of DRDO ToT Guidelines, approved by then Hon’ble Raksha Mantri, Shri Manohar Parrikar. DRDO has since then, forged ahead with the “Make in India” initiative, through the ToT process.

The process of conceptualising a product, making of the prototype, demonstrating the prototype to the user for their acceptance, conducting enhanced and exhaustive user trials in varied environment conditions and necessary corrections thereon, leading to the acceptance of the system by the Armed Forces, marks the first part of “Handing over of the products to the armed forces”.

Subsequently, the armed forces raise the indent for procurement of the product along with the quantity required, and the same is cleared by the DAC (Defence Acquisition Council). DRDO then identifies competent industries for ToT. ToT involves the transfer of drawings, quality and maintenance details, and other legal issues and is a formal step in the production of multiple numbers.

The ceremony at the DefExpo-2018 was held to mark the signing and the exchange of Licencing Agreement for Transfer of Technology. The function held on previous occasions related to different sequential milestone in the projects.

In all the 8 ToT cases referred in the news article, various issues such as financial, legal, licensing, IPR, validity duration, arbitration, etc were finalised before signing the ToT agreements. In some of these cases, the industry was involved in manufacturing the prototype during development phase also. However, it should be understood that Involvement of Industry during manufacturing of prototypes on payment basis does not make them a technology holder. The Industries have now bought the 8 ToTs, after paying the prescribed fee. It is also possible that these technologies may be further transferred to other industries based on need/demand, since these ToTs are non-exclusive.

The article clearly articulates that eight technologies have been transferred by DRDO to industries at the DefExpo. It also stated that know-how for almost all products had already been shared in the past. This has been supported by official press releases and statements made by the MoD/DRDO that have been quoted in the article.

DRDO says the article mixes sequential steps involved in production. However, the article clearly states the different steps involved. It identifies with official releases that “several of the systems named are already being manufactured by the industry after a transfer of technology and the others were “handed over” or inducted at ceremonies in the past.

In each of the technologies listed, ThePrint article shows that the systems have been handed over and are/or already under production.

DRDO has not provided a point by point explanation on the eight ToTs transferred. Neither have they provided details on the fees paid or the terms and conditions of the tech transfer.

Lastly, before publication of the article, a detailed questionnaire was sent by ThePrint to the DRDO spokesperson but this has not been responded to date.

Thus, the logic presented in the article is accurate and correctly shows that the ToT event was a mere ceremony. 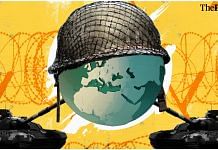 Why military is more for asserting political will, not just about controlling territory 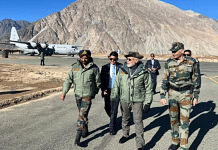 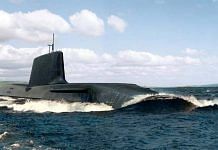 Launch of missile from Arihant a milestone. But India’s nuclear triad isn’t complete yet