A quick take on what prime time TV news talked about.

New Delhi: Prime time debates Tuesday were spoilt for choice — from the Maharashtra government’s probe into tweets by former cricketer Sachin Tendulkar and others celebrities on the farmers’ protest, to PM Modi’s emotional moment in the Rajya Sabha.

On News Nation, Bharatiya Janata Party’s Sambit Patra was “shocked” that a debate was being held on PM Modi’s teary farewell to Congress leader Ghulam Nabi Azad in the Rajya Sabha, while Anjana Om Kashyap on Aaj Tak questioned why celebrities who had raised their voices against an alleged foreign conspiracy, and displayed “desh prem” are caught up in a political storm.

NewsX’s Uday Pratap Singh held a debate on the “Twitter bloodbath” over the farmers’ protests. 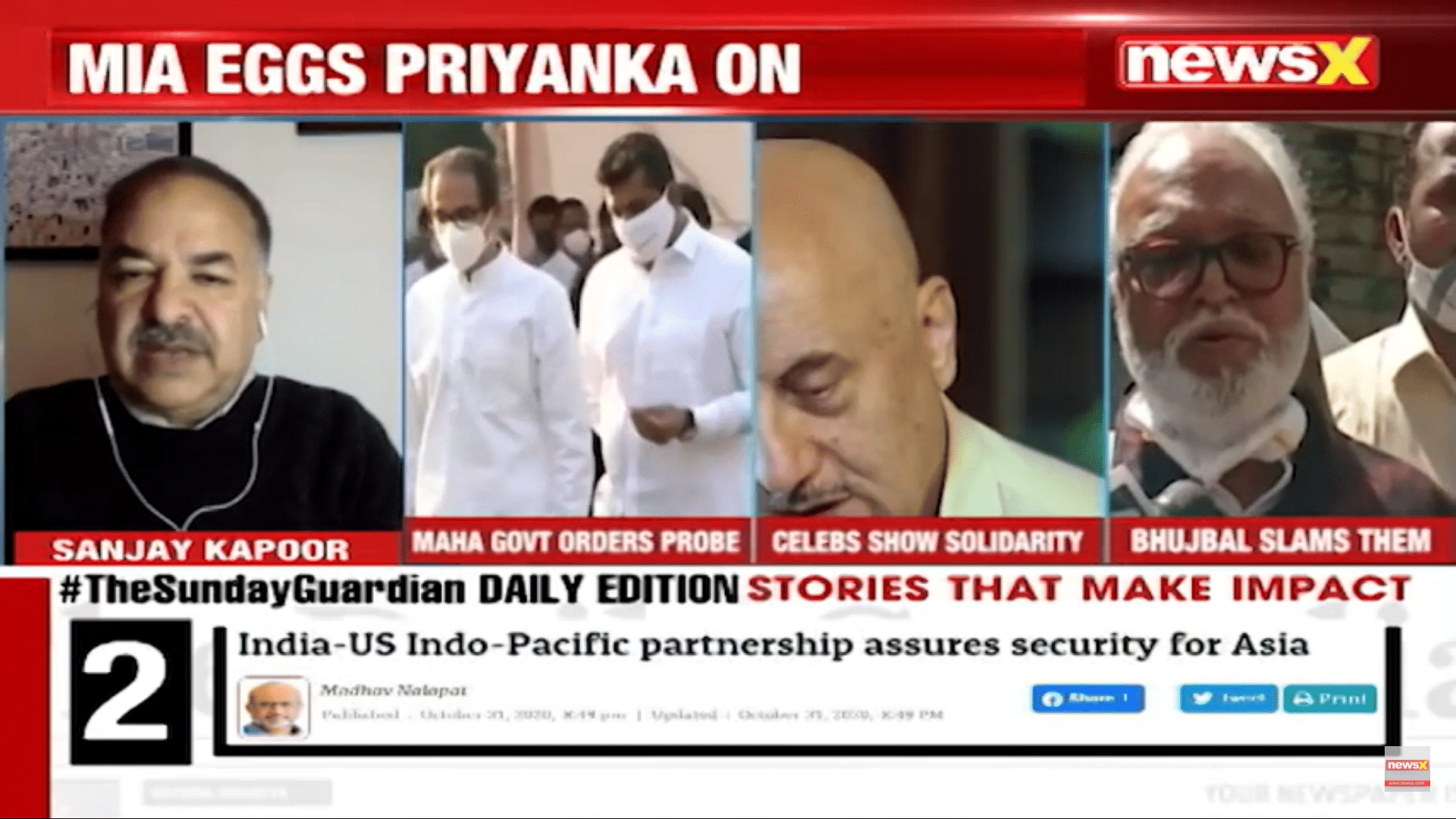 Speaking on the subsequent online trolling of Tendulkar and singer Lata Mangeshkar and others for their tweets, journalist Sanjay Kapoor said, “What the Maharashtra government is actually doing is to embarrass the BJP”.

RSS thinker Desh Ratan Nigam added, “They tweeted for the integrity and sovereignty of India and to remain united. And nobody should have any problem with this.” He said inquiries against such tweets are “illegal, unconstitutional and unlawful”. 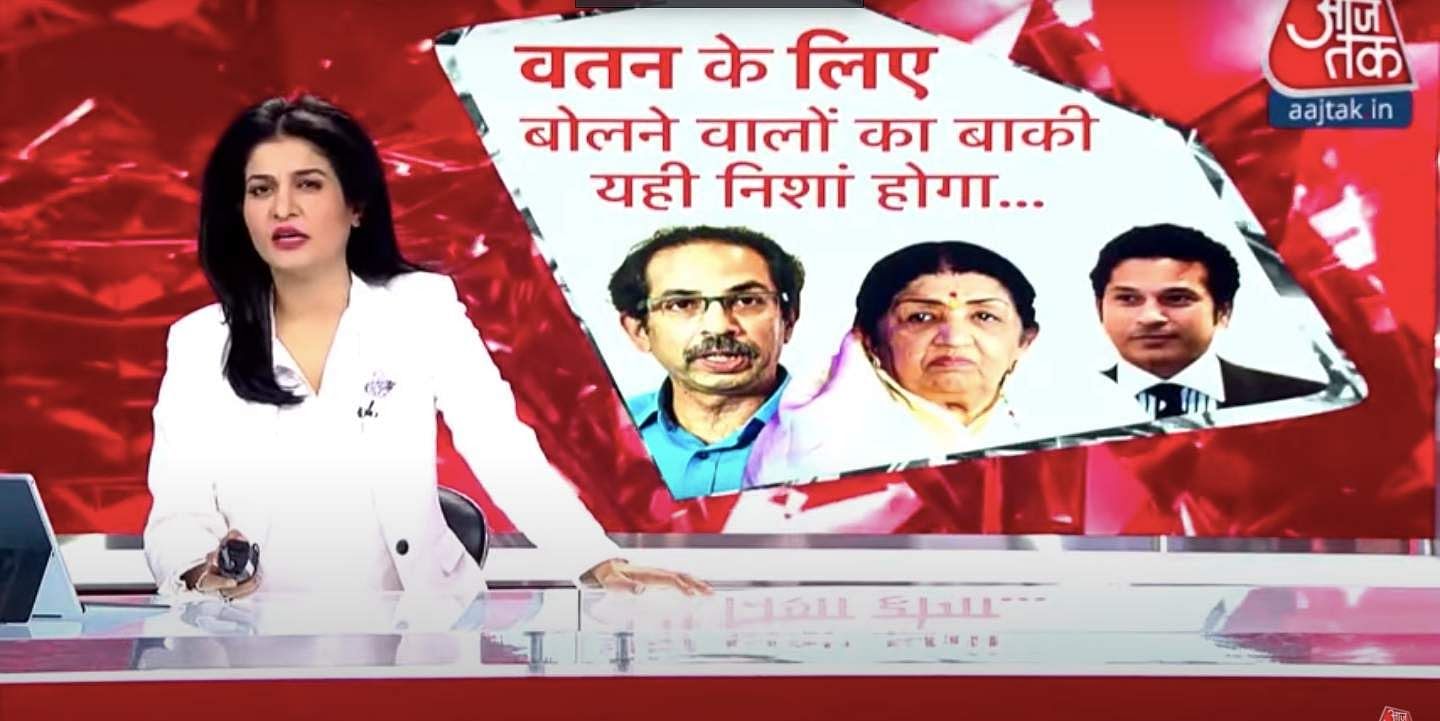 “They raised their voice for the country, asked people to unite against a foreign conspiracy. They are now trapped in the political turmoil,” stated anchor Anjana Om Kashyap.

“Celebrities Lata Mangeshkar and Sachin Tendular had tweeted in response to pop singer Rihanna and now the Maharashtra government will investigate if they had spoken about ‘desh prem’ under pressure,” she added.

The anchor went on to ask BJP spokesperson Gaurav Bhatia if in the party they “force people to tweet, show desh prem by putting a weapon on their necks”.

“PM Modi broke down while talking about the 2006 terror attack in Kashmir — he was bidding farewell to Ghulam Nabi Azad. In a broken voice, he spoke about his and Azad’s friendship, but politics started even on this. PM’s emotions are now being politically weighed,” observed Chaurasia.

“We respect PM Modi’s tears but the tears of our farmer brothers shouldn’t be forgotten. The love and affinity should also reflect for these farmers,” countered Akhilesh Pratap Singh, Congress.

“Congress has only one essay. It’s like whatever the question paper be, their essay is the same — farmers. I am shocked that we are even debating this,” said BJP’s Sambit Patra.

On Times Now, anchor Padmaja Joshi discussed how Peoples Democratic Party Rajya Sabha members from Jammu and Kashmir, Nazir Ahmad Laway and Mir Mohammad Fayaz, whose terms are coming to an end, praised the Modi government for the removal of Article 370 in Jammu and Kashmir. 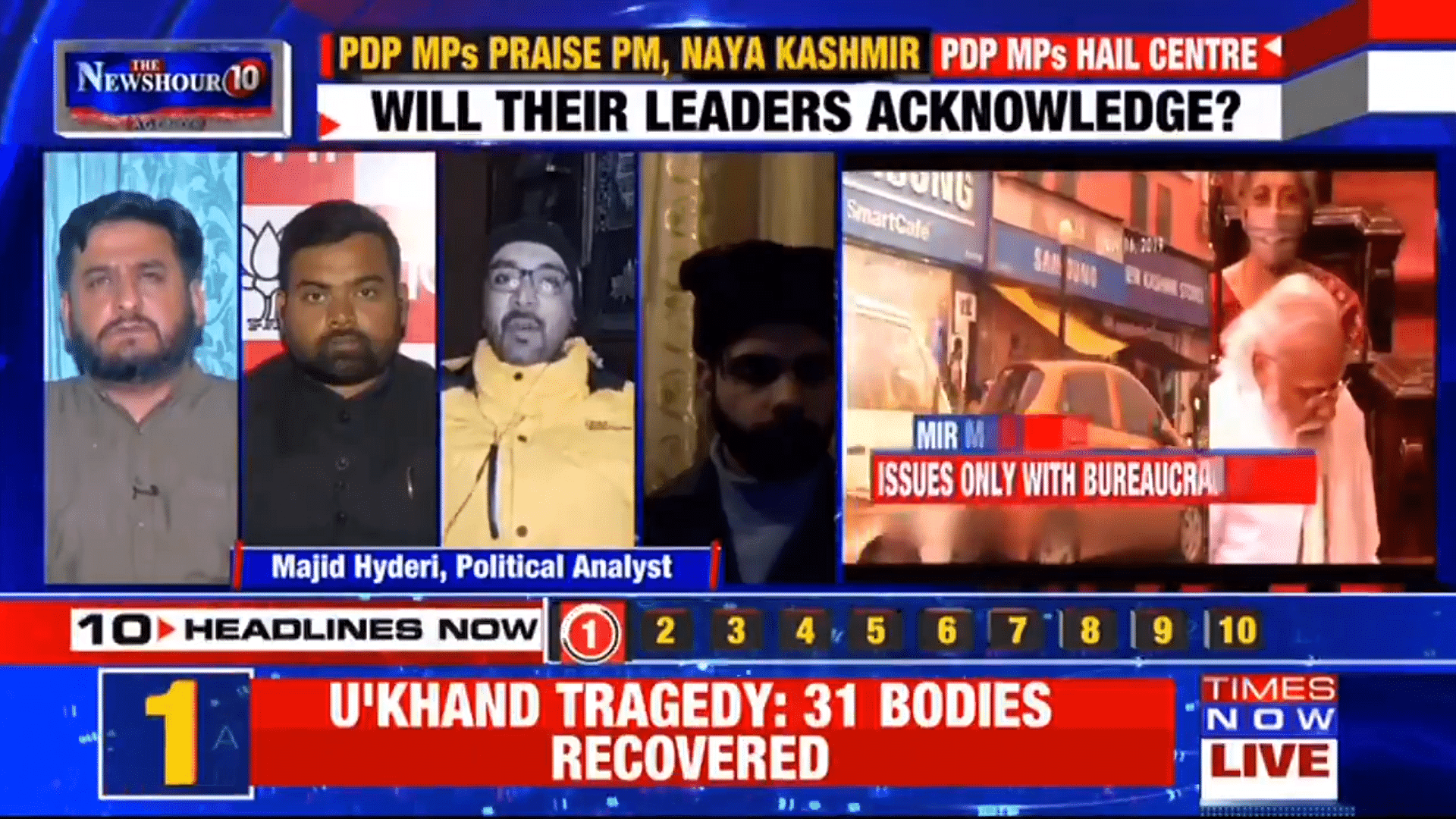 Joshi asked Fayaz, “When Article 370 was revoked, you tried to tear apart the Constitution of India and your own clothes. What happened in the last two years?”

Fayaz defended his latest statement as merely giving due credit to the work done.

Political analyst Majid Hyderi said, “Appreciating the opponent is neither a crime, nor a sin… but they’re the kind of people who are doing it to appreciate and appease BJP for their own vested interest.” 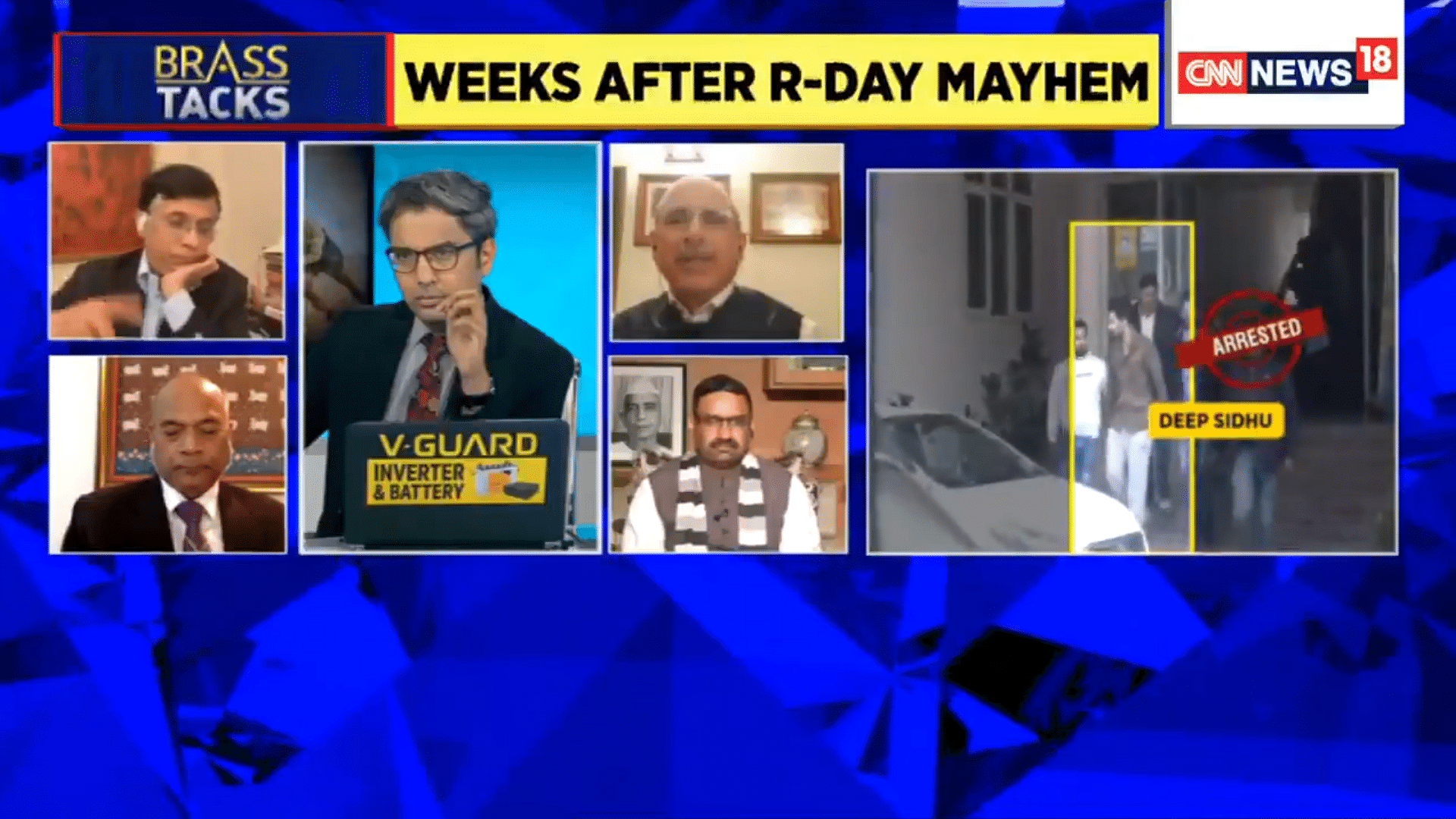 Jacob asked Congress spokesperson Pawan Khera, “Do you still not subscribe to the view that there is an international conspiracy to what happened on 26 January?”

Khera answered by asking why the Modi government perceives everything against it as a threat like the Bhima-Koregaon case and CAA protests.

BJP spokesperson Nalin Kohli retorted that the opposition has not said a word about those who “plan to disrupt peace in India” nor about the police officers who were “thrashed” on 26 January.