HomePlugged InPlugged-In: Show us the money, FM; and another day, another child raped
Plugged In

Plugged-In: Show us the money, FM; and another day, another child raped 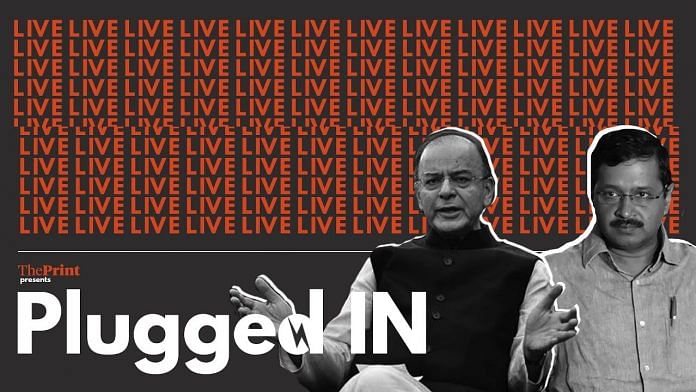 Ghost of demonetisation returns: Finance minister Arun Jaitley spent all of Tuesday answering why ATMs were still cash-strapped in at least six states, including poll-bound Karnataka. He tweeted, “Overall, there is more than adequate currency in circulation and also available with the banks.” The Indian Express reports the government has now “ordered a five-fold increase in production of Rs 500 notes to total Rs 2,500 crore per day.” Obviously, the Opposition had a field day with this one.

Another vote for simultaneous polls: The Law Commission supports PM Modi’s plans for One Nation, One Election. In a draft white paper released Tuesday, the Law Commission recommended holding simultaneous elections for the Lok Sabha and the assemblies, possibly as early as 2019. “It suggests amending the Constitution to realise this objective,” The Hindu reports. PS: A ‘white paper’ is nothing more than a government report giving information or proposals on an issue.

The UGC does a U-Turn. The University Grants Commission (UGC) has asked universities to not adhere to their 5 March order that changed the institute-based SC/ST quota system for the faculty to a department-wise one. Following an uproar over the change as well as the recent Supreme Court order on the SC/ST Act, the government had filed a special leave petition in the apex court to withdraw the order, Kritika Sharma reports for ThePrint.

Centre may take ordinance route on SC/ST Act. The Times of India reports that “the government is ready with a draft ordinance to restore all provisions of the SC/ST Act, including restoration of automatic arrest for offences under the law”, in the event that it fails to convince the Supreme Court to reconsider its ruling.

Another child raped and killed, she was seven: “A seven-year-old girl attending a wedding with her family in Uttar Pradesh’s Etah was raped and murdered early Tuesday,” Hindustan Times reports the UP police as saying. A 19-year-old man, identified only as Sonu, was arrested as a suspect and booked under sections 302 (murder) and 376 (rape) of the IPC, as well as the Protection of Children from Sexual Offences (POCSO) Act.

How far will man fall? Sanya Dhingra reports for ThePrint that brutality against children has been on the rise for a while now. “There were over 1 lakh cases of sexual assault against children in 2016, and only 229 of them were adjudicated upon by trial courts that year,” Dhingra reports. In its inside pages, The Times of India also carries a comprehensive report on the issue, telling us that a study had estimated the rise in sex crimes against kids at 34 per cent in three years.

Two women were raped and hacked to death at Bhondsi’s Ghamroj village, around 20 km from Gurugram city, Tuesday. The “husband of one of them was also found murdered, while the other remains missing”, The Hindu reports.

The BJP has asked all nine of its ministers to resign from its coalition government with the PDP in Jammu & Kashmir, in order to bring in new faces, The Times of India and other dailies report. The move comes days after two BJP ministers, Lal Singh and Chander Prakash Ganga, resigned after protesting in favour of the accused in the Kathua rape case.

The NIA prosecutor in the Mecca Masjid blast has an ABVP link. He was a member of the RSS’s student wing while in college, and continues to help the organisation plan events. While the NIA refused to comment about the empanelment of Harinath as a prosecutor, he said he did not “face any pressure from anyone to dilute the case”, The Indian Express reports.

The AAP was denied 9 advisers to its ministers, after the ministry of home affairs cancelled their appointments. Apparently the “nine posts are not on the list of posts approved for the ministers and chief ministers of the government of NCT of Delhi”, The Times of India tells us.

48 private defence projects get quick approval from the ministry of home affairs. “The spurt in clearance follows streamlining of the security clearance mechanism in May 2015,” The Economic Times reports. Essentially, the government wants to increase domestic private share in the defence budget, expecting it to “go up by 20 per cent in four years from 5 per cent after liberalising the FDI regime and ‘Make in India’ initiative”.

Four DU students have been arrested for ‘stalking’ Smriti Irani. “According to the chargesheet filed by Delhi police, the four students were booked on charges of stalking, criminal intimidation and intention to insult the modesty of a woman,” NDTV reports. It turns out that, in April 2017, the four students, while drunk, had followed Irani’s car in Lutyens’ Delhi, following which they were detained.

China’s Fosun International group joins the race to buy shares in cash-strapped Fortis Healthcare, reports The Economic Times. It writes, “…A bidding war is in the works for the company after a TPG-Manipal combine, Malaysia’s IHH healthcare and Munjal-Burman family combination… made offers for the company.”

Questioning another deal related to ICICI Bank CEO Chanda Kochhar, The Economic Times reports, “Shortly before Chanda Kochhar’s appointment as CEO of ICICI Bank in March 2009, some unnamed ‘well-wishers’ paid off dues of Credential Finance — a now defunct company that was once run by her husband and brother-in-law.”

The International Monetary Fund (IMF) has maintained its forecast for India’s economic growth at 7.4 per cent in 2018-19, reports Business Standard.

Air India is so broke, it’s now going to charge you for choosing middle seats in the front and the middle portions of the aircraft, Business Standard reports. “The move is also aimed at increasing ancillary revenues, which currently account for less than one per cent of the total revenues,” a senior official from the airline said.

The defence counsel in the Kathua rape case thinks women are stupid, and therefore the J&K police crime branch probe must have been substandard because it “was led by a woman officer and… it was beyond her ‘intelligence’ to work on this case”, News18 reports him as saying. Jammu-based advocate Ankur Sharma, who is appearing for five out of the eight accused in the case, told News18 that since she is a “woman and a new officer, she was misguided by someone”.

Under the Modi government, the use of hateful and divisive speech by politicians has increased almost 500 per cent over the past four years, an NDTV data-collection exercise has found. Ninety per cent of the hateful comments made during the NDA’s current term are by BJP politicians.

A special court acquitted all the accused in the Mecca Masjid blast. The Indian Express, in its editorial, criticises the role of the National Investigation Agency. It writes, “Despite a promising beginning, its bumbling in sensitive cases like Mecca Masjid blast case invites unflattering attention to NIA.”

From Kathua to Unnao to Surat, the system, which should have been at the forefront in helping the victims, failed them miserably. Anand Soondas, in his column in The Times Of India, writes, “The tragedy of India remains the same, its institutions do nothing for hapless citizens.”

In light of Nepal prime minister K.P. Oli’s recent trip to India, there has been talk about India’s neighbourhood policy. Harsh V. Pant, distinguished fellow at the Observer Research Foundation, writes in his column in The Hindu, “As China’s leverage increases, New Delhi has to reimagine its terms of engagement with neighbours.” He adds, “Contrary to what many suggest, there was never a golden age of Indian predominance in South Asia and the Indian Ocean Region.”

The Supreme Court has been much in the news these days and not always for good reasons. Fali S. Nariman, constitutional jurist and senior advocate, writes in his column in The Indian Express, “…The way in which the Supreme Court has been run these past few months has become not just a matter of interest or debate — it has become a matter of acute public controversy, causing much disquiet and concern.”

Prime Minister Modi will participate at the Commonwealth summit in London. Carnegie India director C. Rajmohan writes in his column in The Indian Express, “Delhi’s renewed interest in the Commonwealth has been long overdue. It is based on common sense.”