In 'Forgotten Kashmir: The Other Side of the Line of Control’, diplomat Dinkar Srivastava examines the evolution of the PoK over the past few decades.

Pakistan’s cabinet secretary issued a circular on 6 June 1988, which stated, ‘Although Azad Kashmir is not part of Pakistan under Articles 1(2)(d) of the Constitution, it should, for all practical purposes, be treated like any other province of the Federation.’ Though it seemed to be a routine communication about the distribution of work, it carried an important message. PoK was to be treated like any other province of Pakistan in terms of Islamabad’s control, while maintaining the legal fiction that it was a distinct territory awaiting plebiscite. This was, of course, not the first time that it had happened. It may be recalled that in 1971, Ghulam Ishaq Khan as cabinet secretary had issued a similar circular. Conferring an Interim Constitution on the territory in 1974 had made no change in ground realities.

Zia’s reaction to Siachen was muted. Brian Cloughley in his book A History of the Pakistan Army has mentioned that ‘Zia was concerned about his soldiers in the north’, given the harsh conditions in the region. ‘Zia expressed regret about the futility of operations in Siachen.’ Pakistan has the advantage of having shorter lines of communication to Siachen. Cloughley, who was Zia’s guest in September 1985, asked him about the solution of the whole Kashmir problem: ‘What, he was asked, if an offer was made to India to have the Line of Control declared the international border? …No, Zia said. He had a political problem anyway with the Kashmiris and didn’t want an uprising, as would surely happen if they thought he was dealing with India behind their backs.’

Zia hardly cared for the sensibilities of the people of PoK. For much of his rule, there was no elected government in the territory. He wanted to keep open the option of revising the territorial status quo in Kashmir.

Also Read: In Pakistan, Gen Zia-ul-Haq’s admirers are growing. They hail him as a shaheed

While denying freedom and democracy to the people of PoK, Pakistan was keen to promote azadi in the Indian state of Jammu and Kashmir. Amanullah Khan, who had returned to Pakistan from the UK, set up the headquarters of his organization, the JKLF, in Muzaffarabad in 1984. This could not have been possible without the support of authorities in an area where even normal political activities were not allowed.

Pakistan used JKLF to start a campaign of terror in J&K as the war in Afghanistan wound up. The aim was to exploit alleged irregularities in the 1987 elections in the former state. This was ironic, given that Pakistan did not hold any elections in PoK for more than two decades till 1970. PoK remained without an elected government for eight years from 1977 till 1985. The Muslim Conference did not participate in the 1975 elections, and the PPPAK did not participate in the 1985 elections. The JKLF has never been allowed to participate in elections in PoK. But Pakistan was successful in hijacking the narrative of azadi in the international media and in the Kashmir Valley.

General Zia promoted Nizam-e-Mustafa in Pakistan. As mentioned earlier, this took the country further down the road to a theocratic state. There was a mushrooming of madrasas, which provided cheap cannon fodder for jihad in Afghanistan and Kashmir. According to a report of the International Crisis Group, ‘At independence in 1947, there were only 137 madrasas in Pakistan. Till Ayub’s period, there was moderate growth… The pace picked up under [Z.A.] Bhutto, and 852 were added by 1979.’ Zia added only 151 new madrasas till 1982. ‘During the next six years, as the Afghan jihad gained momentum, 1,000 more opened.’ By 2002, when the ICG report was published, ‘Pakistan’s minister for religious affairs, Dr Mahmood Ahmed Ghazi, puts the figure at 10,000.’ There were ‘as many as one million to 1.7 million students attending classes at least for short periods’.

Madrasas have contributed more to the radicalization and spread of extremist philosophy than any other aspect of Islamization of Pakistan’s polity. Pakistan’s former Foreign Secretary Riaz Mohammad Khan writes, ‘The curricula of almost all madrasas are strictly limited to religious teachings and in some ways are more orthodox and rudimentary than the standard introduced at Deoband more than a century ago.’

The students graduating from madrasas ‘do not possess the qualifications to fit into the economic and developmental sectors’. He adds, ‘Every year, scores of thousands of young men graduated from madrasas operating across the country. Apart from feeding the ranks of the Taliban and other militant groups, this phenomenon reinforced sectarian divisions in the country.’

Zia’s stress on religion has left a permanent imprint on the Pakistani society and Constitution and has further shrunk the political space for Kashmiris. Militancy in Kashmir is blamed on alleged election irregularities in the 1987 elections. Under Zia, there were no elections in PoK for eight years. When they took place in 1985, the principal opposition party, the PPP, boycotted them. The JKLF, which was used to stir trouble in J&K in the name of azadi, was not allowed to take part in these or subsequent elections. Numerous tanzeems or groups created during the period to fight jihad in Afghanistan were used in J&K.

Zia’s legacy has come back to haunt Pakistan in terms of sectarian clashes. The Tehreek-e-Taliban Pakistan (TTP) is seen as a threat to Pakistan’s civil society and government. But they are only trying to create in Pakistan what Pakistan promoted in Afghanistan. The spread of radical philosophies has also undermined the Sufi tradition of Islam in J&K. Interestingly, Zia did not have to use martial law powers to sack the PoK president. He used Article 56 of the ‘Azad Jammu and Kashmir Interim Constitution Act, 1974’ to dismiss Sardar Ibrahim Khan. Bhutto had created a perfect instrument of control for Islamabad. The Interim Constitution was never meant to be a safeguard for the rights and liberty of the people of the territory. 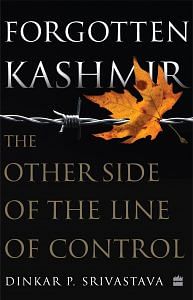 This excerpt from ‘Forgotten Kashmir: The Other Side of the Line of Control’ by Dinkar P. Srivastava has been published with permission from HarperCollins Publishers India.