1967 Mizoram became template for India’s counter-insurgency operations. None worked since then

In 'In Hard Times', Praveen Swami says that India’s policymakers have been too seduced by force and argues for a policing-led model to be used instead.

Soldiers arrived one morning at Darzo, a tiny village deep in the Mizo hills some 200 kilometres south of Aizawl, in the summer of 1967. ‘My orders,’ the bureaucrat Vijendra Jafa recorded the commander as saying, ‘were to get the villagers to collect whatever moveable property they could, and to set their own village to fire…. I also had orders to burn all the paddy and other grain that could not be carried away by the villagers.’ The villagers, the officer went on, refused to comply with this order, forcing him to begin setting light to their huts himself. ‘My soldiers also started torching other buildings, and the whole place was soon ablaze.’

Pigs were running about, mithuns were bellowing, dogs were barking and fowls setting up a racket with their fluttering and crackling. One little girl ran into her burning house and soon darted out holding a kitten in her hands.

Late that night, after their relocation to the government-designated protected and progressive village of Hnathial was completed, the village elders of Darzo were lined up at gunpoint to obtain an alibi ‘that they had burnt down their own village, and that no force or coercion was used by the Security Forces’. Since 1966, ethnic-nationalist insurgents in Mizoram had been seeking independence; the ruins of Darzo were part of the debris left behind by the Indian state’s efforts to stamp it out.

In the decades since the events at Darzo, India’s counter-insurgency thinking has cast Mizoram as a template for the successful resolution of conflicts. In most accounts of the Mizoram story, the use of large-scale violence against civilians—the bombing of Aizawl by combat jets in 1966 or the mass relocation of the civilian population of which Darzo was part—has been gently elided. The more optimistic historians of counter-insurgency in Mizoram hold that the use of violence paved the way for political negotiations and lasting peace. In Jafa’s somewhat less roseate telling of events, peace was simply purchased by ‘getting some of the important dissidents amongst the insurgents into the Congress (I) fold and pouring in enormous quantities of money for the enrichment of this class along with the bureaucracy and the new breed of local contractors’.

Either way, the idea that the use of large-scale military force is essential to the creation of the necessary preconditions for peace has become deeply embedded in Indian thinking on counter-insurgency. The idea is remarkable for its tenacity, all the more so because even a cursory glimpse of the course of Indian insurgencies makes it clear that the experience is an outlier. In Punjab, the application of force proved effective although that did not lead to political negotiations.

Through the North East Region (NER), the application of military force has reduced levels of violence but left in its wake violent and criminalised polities, which the police officer E.N. Rammohan memorably described as ‘degenerated insurgencies’.

Experiments of various kinds have yielded nothing resembling peace in either Kashmir or the Maoist heartlands. For students of counter-insurgency in India, the lesson ought to be obvious: India’s policymakers have been seduced by force, imagining that the use of military means is an almost magical device that can defeat the complex social fractures and processes that drive violent ideological conflict. In this chapter, I shall argue that India might be better off using a policing-led model that involves less force, effectively coupling lower numbers with better intelligence and training, freeing troops and resources in the process, for more compelling strategic purposes.

There is no memorial in Darzo to the events of 1967. A bungalow for tourists who might pass by has, however, been thoughtfully erected, which is perhaps a good place to visit for students of counter-insurgency seeking to rethink India’s strangely medieval means as well as the ends it seeks to secure through them.

The limits of coercion

In 1951, as summer rose over Kashmir, a great hammering and sawing began across the Valley: a socialist utopia was being constructed. Perhaps some thought it odd that the National Conference ended up winning all 75 seats, of which 73 of them uncontested—45 out of 49 candidates of the Hindu-nationalist Praja Parishad were barred from contesting in the elections on dubious grounds but they chose to be silent. Land reform and mass education were introduced; for the construction of a utopia, newspaper censorship was a small price. Each cluster of villages got a radio set, opening the Valley to the world, but each set was ‘tuned to Radio Kashmir, fixed and sealed’.

The case of Kashmir, where the crisis has confronted the Indian state since the moment of its birth in 1947, is a useful starting point to consider the limitations of India’s coercion-based counter-insurgency paradigm, which focused on the use of coercion rather than seeking an end to the crisis.

At first glance, the idea that India has failed in Kashmir might appear absurd. In 2020, Jammu and Kashmir recorded 320 fatalities in terrorism-related violence, including
those of combatants. The toll of 2.5 victims per 100,000 population compares favourably with intentional homicide rates both in countries marred by large-scale organised violence, such as Afghanistan and Mexico, as well as the US and India as a whole.

The data suggest, of course, that there is room for reflection—exactly what levels of violence constitute a threat to the state systems?—but also demonstrates how successful India has been in significantly reducing violence from its peak in the 1990s.

Yet, it is far from clear that the reduction of violence has yielded the necessary strategic end of a counter-insurgency, that is, the creation of a political system and, more fundamentally, a polity that is successfully enmeshed in the wider state system. In 2016, years of declining violence notwithstanding, an Islamist-led popular uprising effectively evicted the Indian State from southern Kashmir.

In 2008 and 2010, similar uprisings crippled Jammu and Kashmir for months on end. India’s decision to end Kashmir’s special constitution status in 2019, driven in no small part by these crises, could only be imposed on a foundation of large-scale curfews and arrests.
Efforts to rebuild the political system since 2019 have had, at best, limited success, with voter turnout in south and north Kashmir’s secessionist heartlands approximating their historic lows.

In addition, traditional fractures of ethnic and religious identity have remained in place;
recruitment into jihadist groups is reported to be at levels higher than in 2018. This ought not, of course, surprise us. The jihad that arose in 1988 was not, contrary to popular imagination, a radical departure from the historic norm. Since 1947/1948, Kashmir has battled a succession of crises of violence driven by ethnic-religious identity; New Delhi’s responses have shown a remarkable reversion to a pattern on each occasion since. 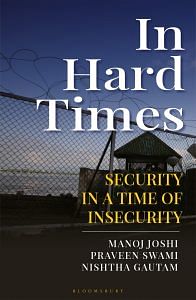 This excerpt from In Hard Times, edited by Manoj Joshi and Praveen Swami, has been published with permission from Bloomsbury.