US foreign policy has not come up often in the 2020 presidential campaign. But when it has, candidates on both sides of the aisle frequently have stressed that US foreign policy should not only keep the American people safe but also deliver more tangible economic benefits for the country’s middle class. The debate among the presidential contenders is not if that should happen but how to make it happen.

All too often, this debate takes place within relatively small circles within Washington, DC, without the benefit of input from state and local officials, small business owners, community leaders, local labour representatives, and others on the front lines of addressing the challenges facing middle-class households.

That is why the Carnegie Endowment for International Peace convened a bipartisan task force in late 2017 to lift up such voices and inject them into the ongoing debate. The task force partnered with university researchers to study the perceived and measurable economic effects of US foreign policy on three politically and economically different states in the nation’s heartland—Colorado, Nebraska, and Ohio.

Good news and the bad news

One of the most striking findings to come out is the extent to which people—in all three states, in rural and urban areas, in Trump country and Democratic strongholds—all held similar perspectives about the state of America’s middle class and its intersection with US foreign policy. Where there were differences within or across states, they often reflected the prevailing economic interests for their communities and base industries. Thus, even in this moment of deep political polarisation and hyperpartisanship, there is more common ground across party lines in the nation’s heartland than might be assumed by those working in Washington, DC, watching cable news, or living on social media.

The prevalent common ground is good news for those seeking to rebuild a national consensus on the United States’ role in the world. The bad news is that one of the uniting factors is a general erosion of trust in foreign policy professionals and policymakers in Washington, DC. It will be a tall order to regain this trust because it is not just a matter of adjusting individual policies or communicating better. It will require rethinking traditional conceptual and bureaucratic barriers separating foreign and domestic policy. It will also entail more explicitly defining the national economic interests intended to be advanced through US foreign policy. And it will require coming to terms with how such definitions align, or do not align, with middle-class households’ expectations: the creation of more decent-paying jobs and the economic viability of local communities.

Also read: Competition with China, Russia, and Iran must form the core of US’ global fragility strategy

Shared perspectives within and across the states

A diverse group from across America’s heartland—including die-hard Trump supporters in North Platte, Nebraska; progressive millennials in Denver, Colorado; moderate never-Trump Republicans in Columbus, Ohio; and swing voters in Dayton, Ohio—interviewed before the Covid-19 crisis, shared certain perspectives about the future of the middle class and the role of foreign policy. Their near consensus across political, economic, and geographic lines revolves around six main points:

2. There is a lack of information about the US role in the world.

3. There is an erosion of trust in foreign policy professionals (and in the federal government more generally).

4. The economic effects of foreign policy for the middle class are measured by the impact on middle-income jobs and base industries on which these communities depend.

6. There is support for peacetime spending even as there is skepticism about the wisdom of foreign military intervention.

Activities considered to be at the heart of US foreign policy—such as diplomacy, foreign aid, and alliance management—did come up, too, but generally not from an economic standpoint. Opinions ranged from keeping faith with American values, ensuring respect for the United States and its standing in the world, and promoting fairness in global burden sharing. Generally speaking, those interviewed across the three states were often inclined to link diplomacy, aid, and alliances back to one of the six points above.

The role of diplomats was acknowledged in the context of trade negotiations. Foreign aid came up in connection with developing overseas markets that would benefit US trade. Alliance cohesion and diplomacy were seen by some as key to preventing costly wars. While their views have presumably changed since the measures required to contend with the spread of the coronavirus have wreaked havoc on the US and global economies, very few people interviewed in 2018 and 2019 mentioned a connection between their economic interests and US foreign assistance to build up international capacity to prevent the spread of pandemic diseases.

Meanwhile, those interviewed in all three states far more frequently, and of their own accord, brought up foreign direct investment (FDI), climate change and energy, and immigration as aspects of foreign policy that had a significant yet divergent bearing on their economic interests.

Also read: Fate of the world’s health rests between China and Trump — right where WHO is stuck

Members of the national security and foreign policy community will need to address how they relate to the two issues that mattered most to interviewees across Nebraska, Colorado, and Ohio: the creation of decent-paying jobs and the economic viability of local communities. Domestic policy experts have long been debating these issues, but foreign policy professionals have largely stayed clear of these debates. That may need to change.

At a minimum, foreign policy professionals should be asking themselves hard questions to determine whether there is some validity to the critique that they are not prioritising the creation of middle-class jobs sufficiently in the policies and approaches they champion. For example, are the issues they prioritise in trade negotiations creating or preserving decent-paying US jobs? Would an increased focus on middle-income jobs alter US priorities and positions in its economic negotiations with China? Should the United States counter China’s aggressive industrial policies to dominate certain sectors of strategic significance by making far greater investments of its own in research and development, workforce development, and US industries?

Foreign policy professionals cannot and should not be asked to pick winners and losers among different communities across Nebraska, Colorado, Ohio, and other states. It makes sense, therefore, that they have long defaulted to focusing instead on the net benefits for the country overall. And they have counted on economic adjustment assistance programmes, such as trade adjustment assistance (TAA), to offset the pain for communities that find themselves on the losing end of foreign policy–related changes.

However, the problem with relying on economic adjustment assistance programmes is that TAA has severe limitations. From a place-based perspective, it was never designed to help entire communities reinvent their economic bases following the closure or relocation overseas of top employers that had long anchored local economies. This assistance therefore ended up only temporarily cushioning the blow for many workers who lost well-paying jobs and had no choice but to move elsewhere or take the leftover lower-paying ones. Meanwhile, numerous communities have experienced workforce declines and fear being turned into ghost towns, as a new generation moves to where better jobs can be found. The inadequacy of TAA for manufacturing towns may provide a cautionary tale for the ongoing discussions related to climate change and defence spending.

Also read: After the pandemic, the US will need more immigrants

These are some of the challenges that need to be addressed to make US foreign policy work better for the middle class. And if foreign policy professionals can visibly make headway on them, it could help to rebuild trust that they are indeed understanding and prioritising middle-class concerns.

Also read: Coronavirus is a stress test many world leaders are failing

Salman Ahmed, editor and project director, is a senior fellow at the Carnegie Endowment for International Peace.

Allison Gelman is the research assistant and program coordinator for the Geoeconomics and Strategy Program at the Carnegie Endowment for International Peace.

Tarik Abdel-Monem is a senior research specialist at the University of Nebraska Public Policy Center.

Rozlyn Engel is a nonresident scholar at the Carnegie Endowment for International Peace and a professor at the U.S. Naval Academy.

David Gordon is a senior adviser for the Geoeconomics, Geopolitics, and Strategy Program at the International Institute for Strategic Studies.

Jennifer Harris is a senior fellow at the Hewlett Foundation.

Jill O’Donnell is the director of the Clayton Yeutter Institute of International Trade and Finance at the University of Nebraska–Lincoln. She is also a professor of practice at the university.

David Rosenbaum is the associate director of the Bureau of Business Research and a professor of economics at the University of Nebraska–Lincoln.

Jake Sullivan is a nonresident senior fellow at the Carnegie Endowment for International Peace and co-chair of National Security Action.

Ashley J. Tellis is the Tata Chair for Strategic Affairs and a senior fellow at the Carnegie Endowment for International Peace.

Eric Thompson is the Karl H. Nelson professor of economics and the director of the Bureau of Business Research at the University of Nebraska–Lincoln.

Tom Wyler is the senior vice president for global strategy at PSP Capital.

This is an edited excerpt from the authors’ report U.S. Foreign Policy for the Middle Class: Perspectives from Nebraska, first published by the Carnegie Endowment for International Peace. Read the full report here. Views are personal. 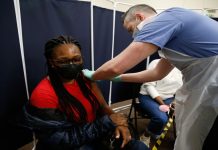 Where do Indians want to save? Data shows provident fund remains popular, even with the rich