The saga of immortal love between Laila-Majnu, Shirin-Farhad, and Romeo and Juliet, which is recited even today, is similar to the pairing of Nitish and BJP. 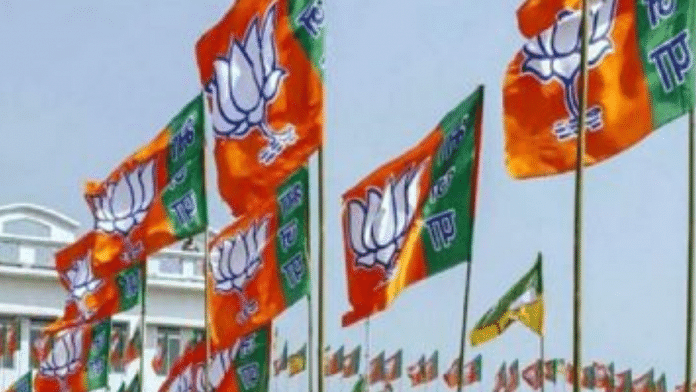 BJP MPs in Uttar Pradesh are becoming increasingly restless. Some of them are fidgety due to their age, while others are uneasy due to an increase in restlessness among their peers. The Lok Sabha elections are still 16 months away. However, two MPs from the Terai region are being more vocal. Since the pandemic era, a young MP has questioned the functioning of the Central and state governments. Whereas, the other has been associated with an organisation that ‘works for the wrestlers.’ Both have openly expressed their displeasure with the state government. On the other hand, BJP MPs who have passed the ostensible retirement age of 70 are concerned, claiming that they are still young, and well… restless.

Your investment, my tour

As part of the preparations for the Global Investor Summit, UP has devised a travel itinerary that will take them to 19 different countries. The officers are eager to travel abroad with their teams in order to secure investments worth more than Rs 10 lakh crore. To ensure travel to a favorite location, officers from senior to junior ranks are engaged in manipulating the list and sabotaging each other’s chances. Most of these visits are scheduled to take place in the pleasant weather of November. This is also the first time that various ministers and officials have had the opportunity to travel abroad during the Yogi Government’s tenure.

Former TRS MP Boora Narsaiah Goud recently switched over to BJP. He also revealed that he chants ‘two types’ of Gayatri Mantras on a daily basis. Most people recite only one known chant, but the confusion remains about the second Gayatri Mantra and its impact. So, Goud himself revealed that the second Gayatri Mantra is entirely political and it means Sabka Saath, Sabka Vikas, Sabka Vishwas aur Sabka Prayas (Everyone’s cooperation, everyone’s development, everyone’s faith and effort). The veteran and seasoned BJP members are now perplexed as to which mantra they should recite to become a greater devotee than Bhaiya Narsaiah.

It has long been dated who is the most powerful of the Bihar BJP. There were many claimants for this tag, but nothing was documented. Now, the buzz in the party is that the identity of that person has been well documented. As it turns out, the most powerful BJP leader in Bihar, at least until today, is none other than Former Health Minister Mangal Pandey. How so? The answer is that he has been named as one of the party’s star campaigners for the Himachal Assembly Elections – the only one from Bihar to make into that list. In a way, it also means that the most popular face of Bihar BJP is also the ‘star campaigner’ of the party. Inclusion of Mangal Pandey in a list which has names of the prime minister, home minister, defense minister, and the national BJP president, proves that the matter will now be considered as ‘documented.’

Also read: After PM Modi, Pinarayi Vijayan has a new friend in Amit Shah. But Congress can’t take it

These days BJP leaders are making psychological efforts to decode the mindset of their workers. The electoral atmosphere is here, whether it is MCD election or Assembly Elections, the ‘psychological play’ is everywhere. The party’s top leaders are also sequencing what the workers say. And the sequencing chain is quite amazing too. If a worker comes to meet and states that he is there to ‘seek blessings’, he is a ticket seeker. If the worker is openly talking about his desire to get the ticket, he might be asking for the seat of his choice. If someone comes to seek blessings even after securing nomination, then the implication is that he wants some financial help from the party in order to contest the election. If he/she visits after losing the election, then it should be deduced that it was for the purpose of complaining against the local worker(s). If a winning candidate comes to seek blessings, it is assumed that he is seeking a ministerial berth or government position. So, the basis for this sequencing is that the scope of blessings is much larger than the ‘original blessing’. However, BJP Chief J. P. Nadda does not give such workers a chance to seek blessings, and greets them with folded hands even before they can utter a word.

Will Nitish Kumar make another U-Turn to come back to BJP’s fold? The BJP members who have been loathing Nitish for years are now being sarcastic about it. There is a long list of such leaders. Their logic is such that it is difficult to refute. For example, the saga of immortal love between Laila-Majnu, Shirin-Farhad, and Romeo and Juliet is said to be recited even today, and the pairing of Nitish and BJP is similar. So, it would be hard to tell as to when the party will once again fall in love with Nitish.

Also read: Tejashwi Yadav is playing a long innings, comes up with a ‘code of conduct’ for RJD ministers

The seedling of love is sprouting in Maharashtra too. After Devendra Fadnavis stated that there is no such thing as a permanent enemy in politics, everything went haywire. Shiv Sena’s mouthpiece Samana carried an entire article on this ‘statement’. Political analysts believe Uddhav will join the BJP or that the party will re-join forces with him. How all of this is being perceived by Eknath Sinde is only known to three BJP leaders who spoke with him after Fadanvis’s statement. All three of them are BJP’s central level bigwigs.

Bharat Agrawal is Executive Director, Dainik Bhaskar Group, and a columnist. By special arrangement with Dainik Bhaskar and translated by Ram Lal Khanna from the original in Hindi and edited by Tarannum Khan.