I’m Marcus Rashford, 23 year old, black man from Withington and Wythenshawe, South Manchester. If I have nothing else I have that.” Rashford has a lot more than just his black identity. But these words from the English footballer weren’t uttered in a casual conversation or a debate over roots. They were part of a heartfelt note written to his 16 million Twitter and Instagram followers and everyone else who expected him to speak up on the racist attacks he faced from his own country’s people soon after England’s loss to Italy in the final of the UEFA European Championship 2020 Sunday.

Rashford wasn’t alone. His two other teammates, Jadon Sancho, 21, and Bukayo Saka, 19, both also black, received a similar barrage of racial abuse on social media by a section of English fans. All three had missed their spot-kicks in the penalty shootout against Italy that cost England its first chance at winning a major tournament in more than five decades. But the hate directed at them was because of their black identity.

It’s hardly surprising, though. If you glance through the pages of football history in England and beyond, you will find several such incidents that lay bare the societal fractures of a generation of football followers. “Success would feel like a double victory, but a miss feels like a two-fold failure when it is compounded with racist abuse,” said seven-time Formula 1 world champion Lewis Hamilton.

Also read: Four ways to be an ally in the fight against racism

Within moments of Bukayo Saka missing the last of the five English penalty kicks, tweets anticipating racial backlash against the three footballers began to pour in. England cricketer Jofra Archer was among the first ones to plead against targeting the players.

Do not racially abuse those players tonight !

It wasn’t to be. Soon, all that everyone — from skipper Harry Kane to American basketball player LeBron James to Duke and Duchess of Cambridge to major country clubs — was left to do was speak in defence of the three footballers, supporting them, empathising with them, and calling out the perpetrators who chose to carry forward the tarnished legacy of fans’ unruly, racist, even violent, behaviours from the past. Kane was unequivocal in his criticism, telling off such fans “we don’t want you.”

Three lads who were brilliant all summer had the courage to step up & take a pen when the stakes were high. They deserve support & backing not the vile racist abuse they’ve had since last night. If you abuse anyone on social media you’re not an @England fan and we don’t want you. pic.twitter.com/PgskPAXgxV

British Prime Minister Boris Johnson shamed those responsible while Home Secretary Priti Patel expressed her ‘disgust,’ although people were quick to highlight the discrepancy in them speaking up against racism.

You don’t get to stoke the fire at the beginning of the tournament by labelling our anti-racism message as ‘Gesture Politics’ & then pretend to be disgusted when the very thing we’re campaigning against, happens. https://t.co/fdTKHsxTB2

So while there was huge support and overwhelming gratitude from fans and public figures from various quarters, the abuse seemingly overshadowed the positive messages. We all know why. It’s unwittingly become part of the response playbook. Every time some player, anywhere, is racially targeted, solidarity statements are issued, attacks are condemned, op-eds analysing the ‘racism culture’ are written, and appeals are made for people to get better. But has anything changed?

Also read: Daren Sammy shouldn’t wait for apology from IPL teammates. India is in denial about its racism

Speaking up alone won’t be enough

In January this year, Manchester United’s Axel Tuanzebe and Anthony Martial were subjected to racial slurs online after home defeat to Sheffield United in the Premier League. Incidentally, Rashford had been attacked then as well. In a series of tweets, he had responded to the hateful comments, saying, “Humanity and social media at its worst.. I’m a black man and I live every day proud that I am. No one, or no one comment, is going to make me feel any different…”

Rashford would have hoped “fans” would learn a thing or two but he was back to reaffirming his pride and faith in his identity just months after the sordid episode.

The problem is that the response to racial attacks doesn’t hold much weight now. Attackers are fearless because those in the authority are either indifferent or act powerless. A report that analysed racism in an Australia-based football club — Collingwood — found that response to such racist incidents has often been “ineffective”. Victims either couldn’t file complaints or risked paying a huge price.

This emboldens the perpetrators — cis, white individuals — who continue making such hateful comments. Since racism benefits them in more ways than one, they do not feel any need to bring about any change in their behaviour, nor are the actions stringent enough to warrant any. Of course, feeding their racist impulse is a continuous act, possessed by the fear of shifting of powers should they be forced to see black individuals as ‘equals’.

Many people do not even consider racism to be a problem. According to a YouGov survey conducted in March this year, 90 per cent of fans in Britain admit racism exists in football but 34 per cent said it wasn’t a “serious” issue. This survey was repeated in June, just days after English players were booed by fans at Wembley over taking a knee, ahead of their first Euro 2020 match. This time, 36 per cent said it wasn’t a “serious” problem.

Many fans across Europe say that penalties following incidents of racism are not hard enough. A good example is the response to the latest attack against Rashford, Sancho and Saka. Twitter reportedly removed more than 1,000 tweets over the course of 24 hours and pulled down several accounts permanently for violating its rules. But suspension from social media platforms or removal of hateful posts appears to be the maximum punishment that perpetrators face. London’s Metropolitan Police did say it will investigate the abusive comments, but it seems more like a response in the wave of things than real promise. Mayor Sadiq Khan called upon social media companies, which have already shown their failure at combating racism online, to “act immediately to remove and prevent this hate.”

Will the situation change? To answer this, we can go back to Rashford’s response from earlier this year. “Only time will tell if the situation improves. But it’s not improved over the last few years.” 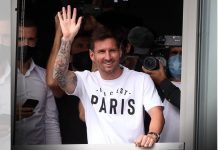 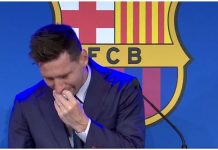 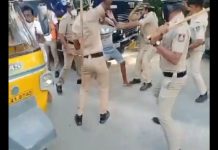