Since there were no big celebrity weddings this year to give us #LehengaGoals, or to fill Page 3 with #AirportLooks, the Indian audience found a new look to troll or ‘admire’ — the #NCBLook. Media covered NCB appearances like India Fashion Week. From Deepika Padukone to Shraddha Kapoor to Sara Ali Khan to TV star and comedian Bharti Singh — all marked their attendance at the NCB office. There was full star power at the NCB office, missing only a red carpet.

The NCB look has been the perfect fodder for lifestyle or entertainment web portals, since they didn’t have the #GymLook, the #PartyLook, the #RedCarpetLook or the mask look to troll celebrities and get tabloid-content hungry readers.

It only makes sense that the NCB look has become a major 2020 trend. After all, a lot of A-list stars were spotted at the office of the Narcotics Control Bureau, justifying their WhatsApp chats with alleged drug dealers, the last of the conversations you would want to come out.

I haven’t forgotten the only male presence here — Arjun Rampal plays an important role in this drug drama as the ‘diversity’ cast, so that the feminist types can’t ask questions like ‘why are only women being targeted?’

But we won’t talk about him after this, because we have already forgotten what he wore. Salwar-Kurta? Jeans T-shirt? Doesn’t matter, because men don’t have to prove their sanskaars or ‘homeliness’ through their clothes, neither are they conniving enough to fake sanskarita by wearing Indian clothes. So no outfit commentators sat and pondered upon how Rampal was trying to project himself through his clothes, such scrutiny is perfectly reserved for women.

Also read: Kisan march pictures may not show you women farmers, but don’t forget to count their protest

What to wear to the NCB

Articles with judgemental tones, questioning the Bollywood stars for choosing to wear comfortable, normal kurtas have done the rounds — commenting how glamorous divas took on a plain avatar on their NCB visits. Now, devious as these stars may be, it’s smart to conclude that they won’t be pardoned for wearing plain Indian clothes if they have indeed dealt in ganja. Or are NCB agents so naive?

This is a way more serious situation than a woman standing before her cupboard full of clothes at the 11th hour before a night out, but finding nothing worth wearing.

No matter how hard you try to get the perfect outfit, the paparazzi and public will get you with its trademark misogyny.

Case in point is Sara Ali Khan’s audacity to wear a bikini on a beach but a normal, pink floral Salwar Kurta in front of the NCB. How dare she wear occasion-and place appropriate clothes? Who does she think she’s fooling?

Then, comedian Bharti Singh was targeted for wearing a mask amid a raging pandemic and not tying up her hair in a bun before the media. Bharti should’ve dressed up like she’s hosting an episode of India’s Got Talent, where her clothes have to be fit for a stage and she’s dressed up by a dozen makeup and costume artists beforehand. We expect nothing less from her.

The thing is, for the media, wearing place-appropriate clothes while going in for questioning — a casual salwar kurta — is an actress’ bid to dupe us. They expected nothing less than an Elton John-level flamboyant outfit from them. If you’re drug addicts, you must look the part, it only helps the story.

Also read: Indians have a new K in their lives. Not Karan Johar, Ekta Kapoor but Korean culture factory

Roses are red, sanity is dead

A huge section of the media and public weren’t appalled by TV cameras hounding Rhea Chakraborty like vultures, zooming into her living room window to find out what she’s wearing. Or hounding Zomato delivery guys and security guards at her building. What really got their goat was Chakraborty’s T-shirt that read ‘roses are red, violets are blue. Let’s smash patriarchy, me and you’. Throughout the rounds of questioning, Chakraborty’s plain outfits ranging from every day Indian to hoodies, were judged by the media. By wearing this T-shirt, Rhea had set in stone her a-sanskarita — not only did she ‘supply’ the entire country with marijuana and was in cahoots with Dawood Imbrahim, she was also a feminist! Commentators sat and discussed a T-shirt, and what Rhea meant by it, the kind of message she was giving, was it a middle finger to the media? Don’t know if it was all that. However, it definitely was India’s black sheep sweater moment. Can’t wait for the revenge dress.

Rhea’s T-shirt trended so much that online stores started selling them almost immediately. It will go down as one of the most iconic moments of 2020. Rhea who has maintained silence throughout this drama, except when she gave interviews to major TV channels and wrote a post regarding the safety of her security guard, wittingly or unwittingly, made the loudest, boldest statement about India’s unfair behaviour towards her, and women in general.

After this, people were hungry for another iconic T-shirt, and they got it in a photoshopped Deepika Padukone outfit. Someone seems to have used PowerPoint to paste ‘I support India farmers’ on Deepika’s T-shirt and made it viral.

But there was one look that got thumbs up from the media, and that was Kangana Ranaut wearing a plain white saree, surrounded by security personnel at the Mohali Airport. Perhaps other Bollywood stars should take note — it’s not so much about what you wear but how you wear it. Perhaps hiring a platoon of security personnel guarding you makes any outfit work for the media.

Whatever look stars might be choosing to wear at the NCB, this entire drama of hounding people for talking about maal in their chats, instead of doing real work, and leaking chats to Navika Kumar of all people, has definitely not been a good look on the NCB. #NCBFails. 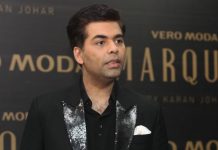 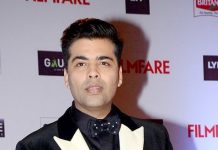 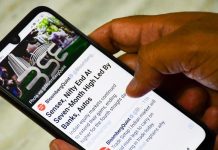 India’s FDI rules for digital media begs one question — do we benefit from fewer news outlets?