Rajasthan’s Rashtriya Loktantrik Party of Hanuman Beniwal quit the National Democratic Alliance on Saturday, the nineteenth party to quit the ruling coalition since 2014. His reason: The Narendra Modi government is not concerned about farmers’ interest.

A day before, 2,200 km down south from Jaipur, A. Arunachalam, general secretary of Kamal Haasan’s Makkal Needhi Maiam, joined the Bharatiya Janata Party in Chennai for just the opposite reason: That the actor wasn’t supporting the farm laws.

The new farm laws have got India’s political class vertically split. Before the Rashtriya Loktantrik Party (RLP), the Shiromani Akali Dal had severed ties with the NDA last September. On Friday, the Janata Dal (United), another NDA constituent, was left smarting after six of the seven JD(U) MLAs in Arunachal Pradesh joined the BJP.

In Tamil Nadu, the ruling All India Anna Dravida Munnetra Kazhagam (AIADMK), another NDA constituent, can’t figure out what the BJP wants. During Amit Shah’s visit to Chennai last month, Tamil Nadu CM E.K. Palaniswami and his deputy O. Panneerselvam announced that the AIADMK and the BJP would contest the 2021 assembly election together. The BJP has been keeping the AIADMK on tenterhooks since then.

On Friday, Union minister Prakash Javadekar, who was visiting Chennai, braved a volley of questions on whether the BJP accepts Palaniswami as the NDA’s CM candidate in the next election. The minister just wouldn’t respond. In Assam, Hagrama Mohilary of the Bodoland People’s Front, part of the ruling NDA in the state, must be scratching his head about the BJP dumping him in the Bodoland Territorial Council (BTC) election to promote a new outfit months before the assembly election.

Ask the BJP’s former and current allies. They have the same grouse: That the saffron party doesn’t follow the coalition dharma. So, why aren’t Prime Minister Narendra Modi and BJP’s chief strategist Amit Shah listening to their grievances—even after they have lost 19 allies? They don’t seem to be losing sleep over their departure.

Loss of allies a calculated risk

The only way to look at Modi’s and Shah’s seeming indifference has to be in the context of the BJP’s expansion plans and its willingness to shed unwanted, extra baggage. Let’s look at the political or electoral value of the 19 allies that the BJP has lost or let go.

Hanuman Beniwal of the RLP is a loss to the BJP, but not such a big one. Since Atal Bihari Vajpayee’s announcement of reservation for Rajasthan Jats in 1999, the BJP has made considerable forays into the state’s Jat belt including Nagaur, Sikar, Jhunjhunu, Churu, and some other districts. Although the community did start drifting towards the BJP, the Congress continued to have its hold, thanks to its stalwarts like Parasram Maderna, Sis Ram Ola, and the famous Mirdha family of Nagaur. Beniwal did defeat Jyoti Mirdha in the last election, but he is not much of a force without the BJP’s support. He, with his three MLAs, could have been important in the BJP’s scheme of things in Rajasthan. But with Congress leader Sachin Pilot appearing reconciled to CM Ashok Gehlot’s domineering position, Beniwal isn’t much of an asset in the immediate future. The next election is three years away and the BJP can afford to let go of him — for now, at least.

Let’s look at the other ‘losses’ of the BJP post-2019 Lok Sabha election — Shiromani Akali Dal, Shiv Sena, and the All Jharkhand Students Union (AJSU). Since 1996, when the SAD first supported Atal Bihari Vajpayee government, it had always been the big brother in the alliance in Punjab, with the BJP contesting 3 of the 13 Lok Sabha seats and 23 of the 117 assembly seats in the state. It was always an alliance of un-equals. Modi-led BJP was exploring ways to chart out an independent path, anyway. In Maharashtra, the break-up with the Shiv Sena was going to happen sooner than later. A Modi-led party no longer needed to share the Hindutva constituency with a regional outfit.

In Jharkhand, the AJSU was useful as long as it lasted. The AJSU’s five seats were crucial to the Raghubar Das government in the 81-member assembly, in which the BJP had only 37 MLAs. But, the BJP had to get rid of the crutches and, therefore, wouldn’t accommodate the AJSU’s demand for more seats in the assembly elections in 2019.

Now, let’s look at the 15 parties that left the NDA between 2014 and 2019. Haryana Janhit Congress (HJC) of Kuldeep Bishnoi was the first to quit the NDA after the 2014 Lok Sabha election. It went on to merge with the Congress three years later. Having won the 2014 assembly election in Haryana and having formed the government again in 2019, the BJP may not be missing the HJC too much, for sure.

Between 2014 and 2016, three Tamil Nadu parties—Pattali Makkal Katchi (PMK), Desiya Murpokku Dravida Kazhagam (DMDK) and Marumalarchi Dravida Munnetra Kazhagam (MDMK) — parted ways with the BJP, but the first two returned to the BJP’s fold in the 2019 Lok Sabha election. The AIADMK may not like to be kept on tenterhooks ahead of the 2021 assembly election, but it does not have much choice. It doesn’t have a charismatic leader like Jayalalithaa, and its leaders are also facing probes by Central agencies.

Coming to neighbouring Kerala, the Revolutionary Socialist Party of Kerala (Bolshevik) and the Janadhipathya Rashtriya Sabha (JRS) quit the NDA in 2016. The BJP may not be much bothered because it’s not getting any headway in the state, anyway.

Farmers’ leader Raju Shetti’s Swabhimani Paksha quit the NDA in Maharashtra in 2017, but he might not be a big loss to the BJP. Shetti himself lost his seat to the Shiv Sena in the 2019 Lok Sabha election.

In 2018, at least three parties from Bihar — Hindustan Awam Morcha (HAM) of Jitan Ram Manjhi, Vikassheel Insaan Party (VIP) of Mukesh Sahni, and Rashtriya Lok Samata Party (RLSP) of Upendra Kushwaha—left the NDA, but the first two returned to the NDA fold in the 2020 state assembly elections. On their own, they didn’t count for much. They had better maximise their limited influence by being BJP’s allies.

Jana Sena Party (JSP) of Tollywood actor Pawan Kalyan went with the Telugu Desam Party (TDP)-BJP alliance in 2014, but opted to ally with the Left parties and the Bahujan Samaj Party (BJP) in 2019. He himself lost two assembly constituencies. He is back with the BJP now, seeking to emerge as the third alternative in Andhra politics.

In 2018, the Naga People’s Front (NPF) got out of the NDA when the BJP tied up with the National Democratic Progressive Party. In October, Gorkha Janmukti Morcha (GJM) quit the NDA to go with the Trinamool Congress in the 2021 West Bengal assembly election. But the BJP can live without an ally whose central plank, the creation of Gorkhaland state, doesn’t fit in its larger scheme in West Bengal.

Suheldev Bharatiya Samaj Party (SBSP) of Om Prakash Rajbhar has also quit the NDA, but the BJP can live without him, too, given its numero uno status in Uttar Pradesh. As for the Telugu Desam Party quitting the NDA, it had to happen sooner or later, given the BJP’s plan to expand its footprints in Andhra Pradesh.

So, is the BJP better off without allies? Sanjay Kumar of the Centre for the Study of Developing Societies (CSDS), a Delhi-based think tank, is of the view that the BJP has been able to “expand its social coalition” much beyond its traditional upper-caste vote bank and is, therefore, much less dependent on allies.

Kumar may be right, but the big question remains whether this social coalition is large and wide enough for the BJP to start shedding its allies. In the 2020 Bihar assembly election, for instance, the CSDS-Lokniti post-poll survey showed that while 33 per cent of Dalit women and 27 per cent of Dalit men voted for the NDA, the ratio was 24 and 31 per cent for the Rashtriya Janata Dal (RJD) led alliance. In fact, more of these Dalit men and women voted for other parties. A majority of non-Yadav OBCs and extremely backward classes voted for the NDA, but many of them had made a different choice when JDU leader Nitish Kumar had gone with Lalu Yadav’s RJD five years back, in the 2015 assembly election.

Amit Shah would probably be mindful of the fact that the new social coalition that gives the BJP a swagger today may have much to do with Modi’s personality cult, and not necessarily a permanent shift in favour of his party. But that’s a subject for another column.

As it is, Modi-Shah may not be much bothered about these dozen parties — excluding the returnees — quitting the NDA. Because it fits in their expansionist agenda. 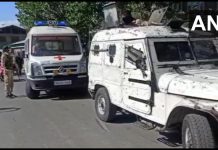