Poor workmanship, deteriorating quality issues and lack of professionalism have plagued the workings of the Ordnance Factories (OFs) and associated organisations like the Director General Quality Assurance (DGQA). On February 2, 2019 at the Mahajan Field Firing Range, a burst cartridge QF 40mm HE, used in L/70 Air Defence (AD) gun, grievously injured a crew of five, including one officer. The L/70 ammunition was originally procured from Sweden and was being produced by the OF, after incorporating a series of safety mechanisms. Any person associated with this equipment will be aware that such an accident is well-nigh impossible, given the safety features of the system; and yet it occurred.

The inquiry revealed that the accident took place due to the bursting of the shell. The OF have been producing this ammunition for nearly half a century. The OF should have developed technologies which would have replaced manual handling and achieved a “zero defect” product. Yet, in the accident quoted above, it appears there was quality compromise both by the OF and the DGQA team.

Though five Army personnel were incapacitated, did anything change at the OF or the DGQA? Both the agencies instead accused the user of having mishandled the ammunition, notwithstanding the fact that the inbuilt safeties are supposed to cater to war conditions and nothing would happen to ammunition even if dropped by mistake. On the flip side, in one go, the faith of the entire regiment in the “friendly” ammunition was lost. That particular lot was segregated as per procedure. The gun crews became extra cautious while firing, which is very disadvantageous to AD personnel, who barely get two to three seconds to engage the enemy aircraft.

Such incidents involving Ordnance Factories’ products are, unfortunately, a repetitive phenomenon. In this context therefore, corporatisation of the Ordnance Factories as announced by the Government of India in May 2020 is a much desired and long pending step in the right direction.

The call for a strike on October 12, 2020 by the trade unions associated with the Ordnance Factories, seemingly with the tacit approval of the Indian Ordnance Factories Service (IOFS) group “A” officers, at a time when the Indian Armed Forces are in a state of high alert on the Line of Actual Control (LAC), speaks volumes about the priorities of the Ordnance Factory Board (OFB) leadership. The performance of the OFB needs to be evaluated against the backdrop of the objectives set for them, which include the following:

The OFB has failed on all four counts by miles. Neither is there any quality control nor have steps been taken to modernise the product profile. Numerous examples include the quality and costing of clothing items for soldiers, the 5.56 mm INSAS, vehicles, and tentage, among others. The absorption of technology through ToT just does not happen, with the ammunition for the Bofors gun being a case in point. Customer satisfaction is the last thing on the OF checklist. If the capacity utilisation is less than 50 per cent, the Ordnance Factories cannot ever think of expanding the consumer base.

One only has to go through the Comptroller and Auditor General (CAG) Report No. 15 of 2017 to understand whether the Ordnance Factories have “aided” or become a “hurdle” for the armed forces. The loss to the exchequer (despite having a limited defence capital budget) is huge, capacity utilisation remains below par, and the modernisation budget is less than one per cent of the OF revenue. Inefficient inventory management leads to cost escalation, while the OF outsource more than 50 per cent of their requirements. Time delays are exorbitantly high, overheads as a percentage of cost exceeds 25 per cent, and the cost of final products are more than what is available in the open market while the exports achieved over the years are insignificant.

If the IOFS officers who are at the helm of affairs of the OF had even minuscule responsibility and accountability then things would not have come to such a pass. But the officers from the cadre are also the monitors in the Department of Defence Production (DDP) under the Ministry of Defence (MoD). Since there is no one to “monitor the monitors”, it becomes a case of “all is well”.

Some suggestions that the government could follow post-corporatisation include permitting the lateral entry of professionals with proficiency to head the Ordnance Factories; ensure in-house R&D; form joint ventures (JV) with private industry; weed out inefficient workers; close down Ordnance Factories which focus on manufacture of low technology items or those that are easily available in open market; and disinvest and monetise to raise capital for modernisation, etc.

The Ordnance Factories are a strategic asset that would definitely flourish post “modification and modernisation”. They should fulfil the desire for indigenisation but, at the same time, help achieve US$5 billion export target by 2025. 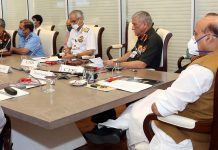 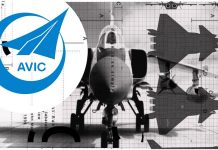 Why Chinese aerospace giant AVIC, at risk of US sanctions, is a challenge for India 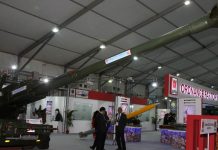