Home Opinion India has forced a stalemate in Ladakh. That’s a defeat for China

On 18 December India and China resumed diplomatic talks to find a solution for the months-long crisis in eastern Ladakh. The Ministry of External Affairs said, “ Both sides agreed to maintain close consultations at the diplomatic and military level. They agreed that the next (9th) round of Senior Commanders meeting should be held at an early date so that both sides can work towards early and complete disengagement of troops along the LAC in accordance with the existing bilateral agreements and protocols, and fully restore peace and tranquility.”

Recall how the Indian media on 11 November, five days after the eighth round of Senior Commanders’ meeting, had reported that an ‘agreement’ for disengagement along the Kailash Range and north of Pangong Tso was on the cards. I highlighted the pitfalls of such an agreement in my column dated 12 November — “If India loses grip on Kailash Range, PLA will make sure we never get it back.”

The premature celebrations by our media to the extent of claiming victory had put the “agreement” in cold storage. It is my assessment that the next round of military talks will revive and refine this agreement before it gets the seal of both governments. Such an agreement enables China to achieve its political aim at India’s cost. On the contrary, a stalemate is a defeat for China. I analyse why.

Also read: Indian Army’s dash to Dhaka in 1971 was operational brilliance. It holds lessons for Ladakh

Towards the end of April and early May, the People’s Liberation Army (PLA) carried out a surprise operational level manoeuvre by intruding at multiple points in Ladakh, deploying two mechanised divisions to secure its 1959 Claim Line. It sullied India’s international, regional and military reputation, prevented any further development of border infrastructure and by virtue of its deployment, made large tracts of our territory militarily untenable to defend in the event of an escalation to limited war.

The question that has intrigued strategic analysts the most is, why did China, in the middle of the Covid pandemic, alter the status quo along the Line of Actual Control (LAC) and break five border agreements and 33 years of peace in vogue since the 1986-87 Sumdorong Chu crisis that lasted one year? On 8 December, Foreign Minister S. Jaishankar, without giving India’s assessment, said that China has given five different explanations for amassing troops on the borders.

Overtly, the confrontation is focussed on the 1959 Claim Line and “areas of differing perceptions” — hardly a reason to break long–standing peace. More so, after the two “one to one” summits between PM Modi and Chinese President Xi Jinping, which were hailed as a giant leap forward in India-China relations. Indeed, territory is the core of the Westphalian state system, but China had secured all the strategic territory that it needed to in the 1950s and had further safeguarded this asset by securing more in the 1962 war.

Since then, an unsettled border is merely a tool for China to assert its hegemony, embarrass/humiliate India and undermine its regional, international, and military reputation. The degree to which it precipitates the situation is dependent on the perceived military differential and India’s response. In 1962, it led to a war, while in 1967 at Nathu La and 1986-87 at Sumdorong Chu, it ended in a stalemate.

China wants India to be a cooperative junior partner and not a political, economic and military competitor in the international/regional arena. So long as it perceives this situation, peace prevails on the borders. In terms of territory, China wants the 1959 Claim Line to prevail, which militarily ensures the security of the territory usurped by it. Any threat to this line, in the form of the development of border infrastructure, is considered crossing the red line.

That perception gradually changed from 2008 to 2020 for multiple reasons :

And so, China set a strategic aim for itself to reassert its hegemony by precipitating a situation on the LAC to embarrass India and undermine India’s international and regional status as an emerging power, cut Modi down to size, and ensure the status of the borders on its terms.

When it came to execution, China’s strategic military aims were to:

Also read: If India loses grip on Kailash Range, PLA will make sure we never get it back

Did China achieve its aim?

The PLA achieved strategic surprise and pre-emptively secured all its military objectives without firing a shot. India was unable to pre-empt the PLA and relied on denial, obfuscation and appeasement to wish the problem away or at least hope that the PLA would agree to status quo ante as in the past. At this juncture, China seemed to have achieved its political and military aims.

The shameful incident on the intervening night of 15-16 June, in which 20 Indian soldiers were killed in action, rudely woke India up to face the strategic reality. The Indian armed forces mobilised with nearly twice the force level that the PLA had used to prevent further loss of territory, and also positioned reserves for offensive action. The Modi government wisely decided not to escalate the situation, which would have given China casus belli to exploit the military differential to make strategic gains due to the positional advantage the PLA had secured through pre–emption. The government took a firm stand on restoration of status quo ante during diplomatic and military engagements.

The Indian Army’s counter manoeuvre to seize the Kailash Range on the night of 29–30 August to a great extent neutralised the advantages gained by the PLA. At this juncture, the situation is that of a stalemate.

Also read: The dangerous cat-and-mouse game before 1962 War has lesson for counter-attack in 2020

Stalemate is defeat for China

There should be no doubt that China has not been able to achieve the end state it desired — make India accept the 1959 Claim Line and stop further development of infrastructure. India has partially restored its international and military reputation. The onus is now on China to escalate the matter to a limited war and inflict a sharp defeat if it wants to impose its will in full. As a superior power, China does not want to be seen as an initiator of war and neither does India.

Moreover, the fear of a stalemate or a setback inhibits China. Unfavourable military differential and fear of a setback, the probability of which is high, prevents India from having any ambitious military aims beyond the current stalemate.

We should not be in a hurry to agree to disengage or deescalate. Any agreement, with or without buffer zones where no patrolling/deployment/infrastructure development will be carried out, should be all–encompassing, covering the entire LAC from Karakoram to Chumar and must include its demarcation.

The Sumdorong Chu standoff lasted over a year and the stalemate led to the 1993 border agreement. We have a similar opportunity now and we must persevere. With us sitting on the Kailash Range, even with limited loss of territory in the Depsang Plains and north of Pangong Tso, we have forced a stalemate on China. And a stalemate is a defeat for a superior power! 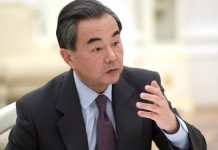