From C.V. Raman to Vikram Sarabhai, these institutions have produced leaders who have repeatedly proved India's calibre on the global stage.

We recently rediscovered Jamsetji Nusserwanji Tata as the world’s greatest philanthropist of the last century — a new report showed that he had donated $102 billion. I was reminded of his majestic statue in front of the main building of the Indian Institute of Science. A fundamental question was lost in our celebrations: Why is ‘Tata’ associated with so many top Indian institutions that have a long history of excellence and continue to dominate their respective fields?

These institutions were established with the support of the Dorabji Tata Trust established by Jamsetji Tata. They all had an element of tripartite agreements between the Trust, provincial and central rulers, with strong ideals of sustainability and governance built-in. All except the NCPA came into existence in pre-independence India. All of them had the best and the brightest leaders at critical junctures in their long history: Homi Bhabha at TIFR, Satish Dhawan at IISc, S. Parasuraman at TISS and also J.J. Bhabha who was synonymous with NCPA. The TMC was also instrumental in realising the synergy between them and the Department of Atomic Energy to help usher in a new era of radiation treatment for cancer therapy in India.

Many of modern India’s stars such as C.V. Raman, Vikram Sarabhai, G.N. Ramachandran, Brahm Prakash, and Vivek Borkar were also associated with one or more of these institutions.

The ‘famed five’ stand out because, unlike most other institutions, they outlived their founders. In fact, over the decades, they have grown stronger, found new ways of sustaining excellence, and attracting and retaining great talents despite working within the usual constraints of a developing country.

Also Read: IISc Bangalore’s entry in QS World Rankings isn’t a surprise. It was just a matter of time

The Tata campuses exude the vision of its founding figures and continue to inspire young minds almost a century after they were first built. To get a physical sense, take a walk around the TIFR Colaba campus. I cannot think of any academic institution in the world that can rival its fabulous art collection. It is a standing testimony to the uniqueness of Homi Bhabha, for whom science, engineering, and art were all equally important. In fact, he excelled in all three fields in equal measure. The moment you enter the foyer, M. F. Husain’s 45-feet mural, Bharat Bhagya Vidhata, will greet you. From there it is a treasure trove of great Indian painters such as K.H. Ara, V.S. Gaitonde, and even Bhabha’s own paintings. A unique design features across the campus, starting with a distinct blackboard design to a great view of the Arabian Sea (from the vantage point of being the southern extreme of Mumbai).

The faces of the students, staff, and faculty inside these campuses exude a certain intensity and passion needed to achieve academic excellence, which the institutes offer across a range of subjects such as computer science, mathematics, medicine, performing arts and theoretical physics, to highlight a few.

One cannot help but fall in love with the IISc campus and its scenic avenues named after the flowering trees that embrace them. It is impossible to not be lost in the sorrow of Main Building’s weeping willows in the September evening showers or bask in the exuberance of the Flame of the Forest trees along the main avenue. On the parallel road, a carpet of majestic yellow flowers awaits you.

In an institution like IISc, one is way ahead in new lines of research and work in the intersections of emerging disciplines. Research teams housed in different departments are likely to be working on similar problems albeit from different vantage points. To illustrate, research on diseases such as Parkinson’s could involve electrical engineers applying ideas of probability theory from Markov random fields, and work on design of optimal production systems in management could borrow from stochastic linear programming in civil engineering. By recognising such interconnections, the scope for interdisciplinary thinking and the opportunity to learn relevant subjects in an open and permissible environment is not possible in institutions with a rigid academic culture, where the floor one occupies decides their standing.

‘Staying ahead of the curve’

To create these great institutions, one needs money of the kind J.N. Tata and later J.R.D. Tata committed. But money alone cannot buy greatness. It needs to be employed wisely. For example, IISc, during Dhawan’s days, ventured into new fields of research that were way ahead of their time such as the Centre for Atmospheric Sciences, and promotion of social impact of science through the Cell for Application of Science and Technology to Rural Areas (ASTRA). The TIFR attracted Narendra Karmarkar, who invented the polynomial time algorithm for linear programming for its computer science group despite their number and string theory biases. TISS also started several focal programmes such as the one in disaster management. The NCPA opened its iconic experimental theatre, while the Tata Memorial pioneered bone marrow transplant and nuclear medicine scanning in India.

All these institutions, in one way or the other, encapsulated the phrase — ‘staying ahead of the curve’. This requires extraordinary vision, an open mind on the part of the key players and sharp foresight to bet resources on them.

J.N. Tata had the knack of spotting opportunities much before his peers and rivals. When India had barely limped out of the brutal suppression of 1857, which continued well into the early 1860s, Tata founded his first major initiative, Empress Mills (1874), in Nagpur and not Mumbai, due to the proximity to the cotton fields, water and fuel. He established the majestic Taj Mahal Hotel near the Gateway of India in Mumbai in 1903 after he was denied entry into a hotel on account of him being an Indian. He also founded the Tata Iron and Steel Company (TISCO), now Tata Steel, in Jamshedpur in 1907. This revolutionary thinking and scientific temperament led him to invest in the creation of the ‘temple of science’, IISc, in Bengaluru, which at that time was a small town tucked far away from his comfort zone. Although, unfortunately, he did not live to see the famed five, his vision, compassion, and drive to excel are imprinted in the blueprint of these great institutions that are the world’s toast and India’s honour even a century after they were founded.

Disclosure: Ratan Tata is among the distinguished founder-investors of ThePrint. Please click here for details on investors. 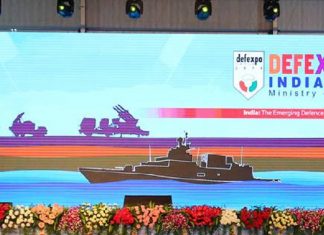