Home Opinion If India is losing Iran, Tehran too is responsible for dip in...
Facebook
Twitter
Linkedin
Email
WhatsApp

The Iran question has come once again to haunt Indian foreign policy, as it does every few years. There is an emerging chorus of voices pondering how New Delhi is losing Iran. We are being told how critical Iran is to Indian strategic interests, and we are reminded of that highly misused concept – “civilisational ties”. Then we are warned that India is neglecting its ties with Iran, all because of that ubiquitous American pressure. We are told how gargantuan a loss it is and how the entire edifice of Indian foreign policy might just crumble because we have failed to nurture our relationship with Iran. Indeed, no country other than Iran has had such an outsized impact on Indian foreign policy discourse over the last two decades.

The latest shock in India-Iran ties have come from revelations that India may have been ousted from a project involving the construction of a railway line from Chabahar port to Zahedan. This railway line project was part of the trilateral pact signed during Prime Minister Narendra Modi’s visit to Tehran in 2016, with Afghanistan and Iran committing India to build an alternate trade route to Afghanistan and Central Asia. Indian Railways Construction Ltd (IRCON) was to take this project forward with a financing of around US$1.6 billion. Early this year, the development of Farzad-B gas field, which was supposed to be a joint venture between Iran and ONGC Videsh (OVL), was also awarded to a domestic entity. Tehran decided that “in the immediate future, Iran would develop the field on its own and would like to involve India appropriately at a later stage.”

These decisions have led to an intense debate in India about the failure of Indian foreign policy. But foreign policy is not something that a nation engages in with itself. By its very definition, it is a process that involves more than one entity. It is iterative, as much a function of what a nation does to and with others, as it is of what other entities do to that country. So while India may have its agenda and priorities, Iran’s own might be completely different.

And that has been the case for long. For Tehran, India is important but not critical in shaping its foreign policy worldview. It is the US that is the primary actor that shapes Tehran’s foreign policy calculus. While critics in India often argue that New Delhi has ignored Tehran under US pressure, it is exactly the other way round. It is Tehran that has not only ignored New Delhi but has even tried to actively derail Indo-Iranian ties by interfering in Indian domestic matters. For Iranian diplomacy, managing American sanctions has been the primary task.

As the Trump administration has tightened the screws on Iran, and Europe has failed to keep its promises, Tehran gravitating towards China may just be a natural response. After all, China’s profile in Iran has been growing over the last several decades and it will only continue to expand in the future; Iran has little alternative. The US$400-billion, 25-year economic and security partnership that Iran is reportedly finalising with China exemplifies the frustration of an Iranian regime that had looked initially to the West for a reopening.

What is important here is to examine India’s role in Iran in a more dispassionate manner. If there is one country that has managed to deliver tangible results in Iran at a time of tightening American sanctions, it is India. For instance, despite initial delays, the first phase of Chabahar project was inaugurated in December 2017 and since then, India has been running the Shahid Behesti terminal. This port is indeed a strategic investment by India as it opens up an alternative route to Afghanistan and the wider Central Asian region, bypassing Pakistan. And New Delhi has managed to firewall this key investment, including the railway line project, from American sanctions. India could do this not because of some vacuous idea about Indo-Iranian solidarity, but because there was a clear strategic rationale behind the project which led to an Indo-Iranian convergence.

Also read: Iran to develop Chabahar rail link on its own, but says ‘doors are open’ for India to join

For all the hyperventilation in India, Iran remains sensitive to Indian contribution. And so even as controversy swelled in India, Iran’s railway minister was quick to underline that Iran and India are “determined to continue” cooperation on the railway line, putting the blame on “vested interests” behind reports that Iran excluded India from the Chabahar-Zahedan railway.

It remains a fact that US sanctions continue to cast a long shadow over Iranian engagement with the wider world, including India. Tehran’s insistence on engaging with the Khatam al-Anbiya Constructions, which belongs to Iran’s Islamic Revolutionary Guard Corps (IRGC), for the project—and New Delhi’s reluctance to expose its own entities to the US sanctions—seems to have resulted in the current deadlock. Even China has been extremely cautious in getting in the crosshairs of American sanctions. While the China-Iran deal is the flavour of the month, it is not readily evident how much of the US$400 billion promised by Beijing will fructify and will be delivered without strings.

Just as Iran’s foreign policy meta frame is its adversarial engagement with the US, India has much higher stakes in its ties with the US as well as in its engagement with the wider Arab world—these cannot be ignored in dealing with Iran. While the Iranian leadership has been increasingly vocal on domestic Indian matters in recent months, whether it is India’s decision to revoke Article 370 or the communal riots earlier this year over a new citizenship law, there has been a major shift in the way major powers in the Arab world have been engaging India more pragmatically.

It is for Tehran to recognise that New Delhi has partners in the region and beyond with whom the stakes are much higher. Yet, India has been consistent in its support for Iran and its ambitions. Managing bilateral relations is not India’s responsibility alone. If Iran decides that India is dispensable, New Delhi can also easily make a similar calculation. There will be costs for India, for sure, but the costs for Iran might be much higher. 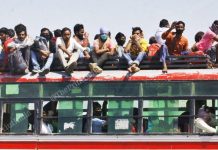