In episode 646 of ‘Cut The Clutter’, ThePrint’s editor-in-chief Shekhar Gupta takes a closer look at the death of the two Baloch activists, which he noted was a story of “intrigue, espionage and dirty tricks”.

On 22 December, 37-year-old Karima’s body was found floating in a lake in Toronto. Baloch was an activist and former president of a Baloch students organisation, Azad.

“She was a bright, enthusiastic and young married woman. She had left Pakistan several years ago because her life and her family were threatened,” explained Gupta.

She disappeared on 2 December and her body was found more than 20 days later.

Karima’s death follows the disappearance of another Pakistani Baloch activist in Sweden’s Uppsala town, Sajid Hussain. Hussain had been in exile in Sweden and had been given asylum there.

He took a train to Uppsala on 2 March and then disappeared. “In the course of time, they found his body also floating in the river,” said Gupta.

Both Baloch’s and Hussain’s families had pointed out that they had been happy in their lives and were just following routine.

“This (their deaths) can’t just be a coincidence,” said Gupta.

He cited Daniel Bastard, the Asia-Pacific head of Reporters Without Borders, who said these could have been targeted attacks to silence dissidents.

“If you draw any hypothesis in terms of who would have benefited or who would have gained from their deaths, or their silencing, it can only be the Pakistani intelligence agencies,” Gupta explained.

He also mentioned a similar case of Ahmad Waqass Goraya, another Pakistani dissident residing in Netherlands. Goraya, too, was attacked by two unidentified persons outside his house.

“It is widely believed that they were working on behalf of the Pakistan agencies. In any case, why would somebody else come into it?” asked Gupta.

Gupta noted that Karima’s case also comes at a time when Alexey Navalny’s case has been reopened.

Navalny is a Russian dissident who was poisoned at an airport in August allegedly by the FSB, the Russian security agency.

To prove this, Navalny got himself a phone that couldn’t be tracked in Russia and called one of the agents of the FSB toxin team. He pretended to be a ‘big boss’ to the agent who picked up, so the latter would spill all the details of his alleged assassination.

“The agent admitted to him and explained how this assassination attempt was carried out… He said that everything had gone right but Navalny fell sick midway and the plane was landed prematurely,” said Gupta.

The poison wasn’t given enough time to work on Navalny, Gupta added.

According to Gupta, there has been a resurgence of the “really wild” Cold War method of killing political adversaries by using dirty tricks or targeted assassinations.

He cited a book on Afghanistan by Avinash Paliwal, a political science scholar at SOAS, called ‘My Enemy’s Enemy’.

Paliwal noted that if the killings of Baloch activists can be traced back to the ISI, this will amount to breathtaking signalling to the world and to India that our dissidents can’t survive anywhere and we will go after them.

“Pakistani intelligence has the Israeli fixation, now it looks like they also have an FSB fixation,” said Gupta.

Within the ISI too, there is another stated called Directorate S.

The Directorate S does many things which the main ISI or ISI chief might not know. Within Directorate S, there will be officers lower down, who will do things that none of their bosses know about. 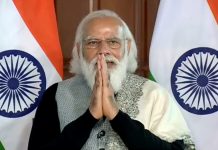 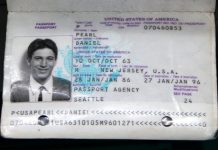