For four of the biggest U.S. technology companies — Amazon.com Inc., Apple Inc., Facebook Inc. and Google parent Alphabet Inc. — 2020 was one for the books. During a year when the global pandemic put many companies out of business, these market leaders thrived, raking in profits that sent their stock prices soaring and left them more powerful and valuable than ever. The outlook for next year is a different story.

These formidable giants face risks on several fronts — from mounting antitrust and regulatory issues to high valuations and a volatile economy — all of which threaten to spoil the prospects for a repeat performance in 2021. And not just next year: Governments’ growing concern over the companies’ market power may force changes to their businesses that have much longer-lasting consequences.

First, the numbers. As the foursome greet 2021, they will have a much higher bar to meet to impress investors after their big stock rallies this year. Amazon shares are trading at a forward sales multiple about 30% higher than the five-year average, which could quickly lead to disappointment if its e-commerce or cloud-computing businesses slow. And Apple’s latest lineup of iPhones needs to materially exceed sales expectations to justify a price-to-earnings ratio valuation roughly double its past history. As for Facebook and Alphabet, their valuations are now baking in a robust digital-advertising recovery for next year that is by no means assured. And if TikTok is able to get beyond the government’s threats to ban its app, the social media company — with its vast user base of 100 million Americans — can be a more formidable competitor for corporate ad budgets in 2021.

A large part of the industry’s rally this year came from the so-called safety premium trade, in which portfolio managers shifted funds into technology stocks to avoid the solvency risks found in other traditional sectors such as travel, energy and retail. Any gains from this allocation shift may quickly dissipate should the economy, once stabilized, start to improve rapidly — a scenario many fund managers expect for the second half of 2021 as vaccines become widely available. Inflows may become outflows if investors decide to buy back into beaten-down economically sensitive stocks with their cheaper valuations.

The biggest threat, though, is more existential. After years of successfully skirting the type of regulatory scrutiny that market rivals, watchdogs and politicians have long said they deserved, the foursome are now the target of governments around the world that say their market dominance hampers competition and harms consumers.

In Europe, government officials are considering passing new rules that prohibit companies from using the power of their platforms to favor their own products. If the legislation, which seems to have broad political support, becomes law, it would hurt profitable business lines including Amazon’s private-label products, Apple’s Music service and Google’s practice of ranking its offerings higher in search results. The U.S. Congress may not be far behind. There is bipartisan consensus for several antitrust recommendations contained in a House antitrust report such as lowering the legal standard for regulators to prove mergers are anticompetitive and increasing funding to antitrust agencies. Both reforms would add to oversight and significantly curb the industry’s ability to stifle competition by buying emerging startups.

For Google and Facebook, there is also the overhang of serious antitrust lawsuits brought by the Department of Justice, state attorneys general and, in Facebook’s case, the Federal Trade Commission, too. In the case against Google, government prosecutors want to halt the internet giant’s use of paid exclusionary distribution agreements to make its search engine the default option on mobile devices. They also want Google to provide search results based purely on relevance — not internal business objectives. In suing Facebook, state AGs say the company is so dominant in social media it may need to be broken up. While the court battles may take years to fully resolve, any sudden developments could hurt investor sentiment.

In some ways, the fact that Amazon, Apple, Facebook and Google had such a remarkably successful year may prove to be a liability. Governments can clearly see the extent of each company’s market dominance after such impressive financial showings and investors, too, now have embedded much higher expectations. That’s a recipe for a letdown.- Bloomberg 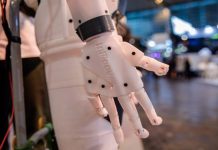