Home Opinion For MEA to have a successful restructuring, get the institutional design right
Facebook
Twitter
Linkedin
Email
WhatsApp

On 13 September 1783, the Board of Directors of the East India Company passed a resolution at Fort William, to create a department that would help “relieve the pressure” on the Warren Hastings administration in conducting its “secret and political business”. Those were difficult times for the East India Company, having just barely saved face against the Maratha Empire in the First Anglo-Maratha War, and losing to Hyder Ali in the South. The British Parliament was about to pass the Pitts India Act, 1784, which would further limit the independent powers of the East India Company.  This department expanded its outreach to diplomacy, to finally become the IFS.

By 1843, the British were powerful. Only Punjab was left to be conquered. By then, however, the East India company, through a series of Charter Acts, had become a shadow of its past self. The British found it necessary to restructure the foreign department for better management, and Governor General Ellenborough, therefore, carried out administrative reforms and created four departments: Foreign, Home, Finance, and Military.

By September 1946, India had come close to Independence. Hence, there was a need for a different name and a different structure for a newly formed country. The Indian Foreign Service was created for India’s diplomatic, consular and commercial representation overseas.

Today, the global order is far different than what it was 50 years ago, when the Cold War was at its peak, memories of World War II were still raw, and India had decided not to align itself with either of the two superpowers. The India of 2020 has aspirations of becoming a key global power, with the ability to project its clout far beyond its borders. Through wider global engagement, India is aiming to be a rule-maker, and not merely a rule-taker.

In this emerging new world, the Ministry of External Affairs (MEA) can no longer maintain its Cold War-era institutional infrastructure. The Secretaries of each department and the Cabinet Minister have been overworked, the Additional Secretaries carry the burden of daily administrative tasks and no new policies and actions can be discussed. The ministry’s management and functioning structure remains out of sync with modern-day practices when the world has moved on from the Cold War era.

With such a restructuring, the MEA seeks to define the future path of Indian diplomacy. In the restructuring plans, the MEA is also bringing in experts from the private sector and non-profit bodies as well. The verticals of cultural diplomacy, economic and trade coordination—and, to some extent, multinational organisations and summits—will lead India’s rally to fortify its soft power. In addition, by focusing on multinational organisations and global summits, India’s claim to a permanent seat at the United Nations Security Council will only get bolder, as seen in the statement given by Prime Minister Narendra Modi  in September 2020 at the United Nations summit.

However, the multilateral organisations and summits’ vertical will also have to be in coordination with other ministries and federal units, to ensure synergy in their efforts. For example, India’s Intended Nationally Determined Contributions (INDCs) in accordance with its commitments to the Paris Climate Agreement, need to be worked out by the Ministry of Environment, Forests and Climate Change, and the Ministry of New and Renewable Energy. Only then will this vertical be able to represent India in a more informed manner in future summits. Similarly, issues related to India’s relations with its South Asian neighbours should be addressed by individual federal units to remain updated on the various activities that are happening across the country’s borders, including the BBIN corridor (Bangladesh-Bhutan-India-Nepal). The likelihood is that there will be a push for the development activities being taken up by the countries of SAARC (South Asian Association for Regional Cooperation) and BIMSTEC (Bay of Bengal Initiative for Multi-Sectoral Technical and Economic Cooperation).

The Development Partnership vertical, meanwhile, can work in two ways. First, India could enlist the assistance of other countries for projects like the Smart Cities Initiative where Indian cities work with foreign cities to become “smart”, i.e., become more technology-friendly. Second, India can help neighbouring countries like Afghanistan, Bangladesh, Bhutan and Nepal in building infrastructure.

Complete dedicated verticals for West Asia and Africa, the  Ocean and Indo-Pacific, and Europe signify India’s seriousness in cooperating with countries in these regions. For example, India would want to continue the upward trajectory in its ties with Gulf countries like the UAE and Saudi Arabia at a time of great regional flux in the Middle East. Africa, meanwhile, is becoming a centre of power rivalry as China expands its economic footprint in the continent. What makes Africa even more important to India is its proximity to Bab el Mandeb and other chokepoints to the Indian Ocean.

The Indian Ocean and the larger Indo-Pacific region is another geography where Indian interests are at stake. Indian Ocean Sea Lanes of Communication (SLOCs) are considered among the most important in the world: 80 percent of the world’s seaborne trade in oil transits through Indian Ocean choke points, with 40 percent passing through the Strait of Hormuz, 35 percent traversing the Strait of Malacca, and 8 percent through the Bab el-Mandab Strait. This is the reason for China’s interest in controlling Indian Ocean SLOCs—to protect its energy interests and the Maritime Silk Route. This, in turn, raises India’s concerns in the region, giving the country reason to work towards building closer relations with the island states of the Indian Ocean region through organisations like the Indian Ocean Commission, in which it is an observer.

The MEA is taking forward India’s goals in the Southeast Asian region, specifically the South China Sea, through its new Oceania division. This region is the backyard of India’s fellow Quad nations (US, Japan and Australia) and India intends to build confidence amongst them by giving decisive shape to its engagements with Indo-Pacific countries.  India’s aim is not only to portray itself as a counter to China; rather, as the Asian power that can work with like-minded nations in the region to ensure regional stability.

In the technological era of the 21st century, the MEA decision to create a new division called NEST (New and Emerging Strategic Technologies) is most timely. NEST is to serve as the nodal agency for issues pertaining to new and emerging technologies; in other words, it will engage in technology diplomacy by ensuring collaboration with different partners in emerging fields like 5G, cloud computing, and artificial intelligence. It will help improve India’s external technology policy in coordination with domestic stakeholders and in line with India’s national security goals. It will also assess any international legal implications of new technologies and thus contribute to better policymaking.

It is clear that the Indian diplomatic architecture is undertaking a much-needed overhaul, with the seven verticals, new divisions, and technology upgrade through NEST. Through its seven verticals, the MEA seems to be focusing on soft-power diplomacy, neighbourhood-focused development, enhancing India’s profile in multilateral groups and international summits apart from countering adversaries.

The aim of the restructuring is to ensure that these objectives are achieved in a much more synergistic fashion than in the past. Indian diplomacy has seen monumental changes over the centuries. These transformations have allowed the country to cope with the changing demands of external affairs. As the MEA prepares itself to meet the aspirations of a 21st-century India, it is clear that the process of evolution in its institutional underpinnings will have to be a constant one. Getting the institutional design right is key for effective policymaking and given the scale and scope of global transformation, the MEA’s journey may have only just begun.

Professor Harsh V Pant is Director, Studies and Head of the Strategic Studies Programme at Observer Research Foundation, New Delhi. Nikunj Singh is a research intern at the ORF. Views are personal.

The article first appeared on the Observer Research Foundation website. 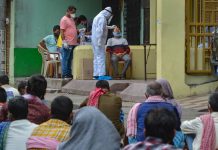 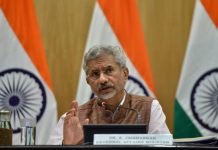 Jaishankar to visit Qatar from 27 to 28 December