India’s maternal mortality rate is high and accounts for 20 percent of global deaths occurring due to preventable causes related to pregnancy and childbirth. Though the Maternal Mortality Ratio has dropped from 212 deaths per 100,000 live births in 2007 to 130 deaths in 2014-16, the decline is not enough to meet the Sustainable Development Goal target of 70 deaths per 1,00,000 live births, and only three states-Kerala, Maharashtra and Tamil Nadu have been able to meet the target to date.

The 2018 Health Index spearheaded by the government’s policy think-tank, the NITI Aayog, and the Ministry of Health and Family Welfare have highlighted large gaps in overall performance of health indicators between the States and Union Territories. However, having data at the sub-state/district level will help improve health indicators and the latest initiative by the Harvard University and partners based on the NFHS-4 have mapped development indicators, and procured data reveals high burden of maternal health in West Bengal, Madhya Pradesh, Uttar Pradesh and Bihar.

Anemia is a known cause of maternal deaths and risk factor for low birth weight. This is a major determinant for infant morbidity, mortality and long-term impact on health outcomes in adult life. Evidence suggests ante-natal care and institutional delivery as key health interventions to reduce maternal and child deaths.

Kerala, Nagaland, Manipur and Mizoram have the lowest prevalence of anemia. Thiruvananthapuram, which is the constituency of the India National Congress’s Shashi Tharoor, has 22.5 per cent of women suffering from anemia. However, the north-eastern state of Nagaland has the lowest prevalence of this disease amongst its female population — a mere 23.5 per cent. The constituency is represented by Tokheho Yepthomi of Nationalist Democratic Progressive Party.

Low birth weight (LBW) prevalence in India is 18 per cent, with no substantial decline in the incidence over the past few decades. The two constituencies with highest LBW are Mandsaur (35 per cent) and Ratlam (30.5 per cent) from Madhya Pradesh, the constituencies represented by BJP’s Sudhir Gupta and Kantilal Bhuria, respectively. They are followed by Karauli-Dhaulpur in Rajasthan (represented by BJP’s Manoj Rajoria) with an LBW prevalence rate of 28.3 per cent; Rampur in Uttar Pradesh with 27.5 per cent is ruled by BJP’s Nepal Singh; Sambhal in Uttar Pradesh with 27.1 per cent is represented by BJP’s Satya Pal Singh; North West Delhi area in national capital Delhi with 26.8 per cent LBW rate is represented by Udit Raj who was with the BJP but has now defected to the Congress. Ujjain in Rajasthan has 26.8 per cent of LBW, where the sitting MP is Chintamani Malviya of the BJP. The absolute gap across parliamentary constituencies is at 31 per cent, with the Northeastern state of Mizoram (4.1) with the lowest prevalence of low birth weight.

The safe motherhood intervention – Janani Suraksha Yojana (JSY) under the National Health Mission (NHM) was launched with objective of reducing maternal and infant mortality by promoting institutional delivery among pregnant women. An observational study on JSY has found it to increase institutional delivery but calls for improved implementation program. This is depictive from the average of 35 per cent women availing services across the 543 parliamentary constituencies.

The data reveals clear inequality in maternal health across parliamentary constituencies in terms of maternal mortality rate and uptake of services like ANC or institutional birth. There are overlapping constituencies with poor performance of maternal health indicators like poor utilisation of JSY, less than 10 percent women receiving IFA tablets and low rate of institutional delivery. The parliamentary constituencies includes Bahraich, Shrawasti, Kaiserganj, Sitapur in UP. Besides, Sitamarhi and Sheohar in Bihar.

Social accountability mechanism seems to be lacking among majority of parliamentary constituencies. BJP with the biggest stake which is 268 out of 543 have the worst affected constituencies in terms of maternal health indicators. The Niti Aayog 2018 Health Index calls for regular tracking of health indicators at the state level with repetitiveness of priority areas.

A step further would be to go sub-state level to districts as well as parliamentary constituencies to have a greater degree of accountability of the MP’s for implementation of programs on maternal health. And also develop monitoring mechanisms for improved maternal health outcomes. The Member of Parliament Local Area Development Scheme (MPLADS) could also be utilised for development of those areas which are on priority list and need immediate action.

This article was first published on ORF. 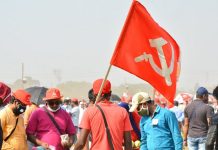 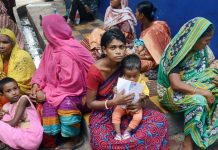