Home Opinion Arnab Goswami’s swift bail should be the rule for undertrials. Not the...
Facebook
Twitter
Linkedin
Email
WhatsApp

Republic TV chief Arnab Goswami was arrested on 4 November. The magistrate in Alibag remanded him to judicial custody the next day, a departure from the normal practice of police custody for the first 14 days. On 11 November, the Supreme Court heard his bail plea and granted him bail. The bail condition was a personal bond of Rs 50,000, and no surety requirement, which is otherwise a routine bail condition. He was released the same day. Arnab Goswami’s swift release demonstrated how well the justice system can work for those with power and influence.

Somen was not so lucky. I met Somen (name changed), a Bengali construction worker in Bangalore Central Prison in March 2017 when I was researching undertrial detention while working with Amnesty International India. He had been arrested for dacoity along with four locals in October 2014. Somen was granted bail within three weeks on the condition that he produce two local sureties. Being a migrant worker with no local networks, he could not find any sureties. His apathetic lawyer did not try to help him since Somen had no means to pay him. When I got in touch with his lawyer in April 2017, he agreed to find two sureties. After the sureties were produced, the judge refused to release Somen unless he produced an identity document. Somen did not have any. Fortunately, an Aadhaar camp was held in jail after a few months and Somen finally got an identity card. On 23 March 2018, the judge accepted his Aadhaar card and issued a release order. It took four days for the release order to reach the prison and on 27 March, Somen was finally released, three years and five months after getting bail.

A major reason for the large proportion of undertrials in India is the way the current system of bail operates.

A person accused of a non-bailable offence (an offence for which bail can’t be claimed as a right) can be released from custody on bail, on the fulfilment of certain conditions, which are usually the deposit of money and/or the provision of a surety. Judges often insist on a surety being provided by a local, solvent person to mitigate against the possibility of the suspect jumping bail. This requirement is onerous for undertrial prisoners who do not have local networks and social capital. It has also led to the growth of a ‘cottage industry’ in ‘professional sureties’, local residents lurking in court corridors offering to stand surety in return for a quick buck. Although the Code of Criminal Procedure, 1973 (CrPC) does provide an option to release suspects on Personal Recognisance (PR) Bond, this is not commonly used. If a suspect is released on a PR bond, they do not need to deposit cash or provide surety, but still have to appear in court for their hearings. Arnab Goswami was lucky to be given this option. The 268th Report of the Law Commission, released in 2017 examined the provisions relating to bail in the CrPC and recommended that monetary conditions of bail be invoked only as a last resort and proposed that original ID documents be deposited with the court as an alternative to a surety. However, these recommendations have not been incorporated into the CrPC.

There is also a sound financial reason to decongest India’s prisons. These prisons cost us Rs 5,958.3 crore in 2019-20, some of which could be saved if we reduce the proportion of undertrial prisoners. This funnelling of resources into incarceration could be redistributed to implementing non-custodial alternatives like periodic check-ins with the police, participation of reformatory programmes, requirement to not change residences and for crime prevention. The use of risk assessment tools to analyse the risks that a defendant will not return for required court appearances if released can enable judges to make more informed decisions on whether to grant bail and what conditions to impose.

However, bail reform does not seem to be on the reform agenda of the Union government or any of the state governments. The routinisation of undertrial detention has made it a convenient weapon in the hands of state governments and the police to incarcerate critics of the ruling dispensation without having to prove allegations against them. ‘Inconvenient’ journalists, protesters, activists and academics are being held as undertrial prisoners in prisons across India for extended periods. In a fair system, all their cases would be treated with the urgency and consideration that Arnab Goswami’s case was treated with.

Undertrial detention erodes the presumption of innocence and thus must be resorted to in exceptional circumstances. Detaining undertrial prisoners curtails their liberty and should be done only in certain cases — such as when the accused is a flight risk, a repeat offender and when there is an apprehension that they might intimidate witnesses or obstruct the investigation. In all other cases, suspects should be released on bail like Arnab Goswami was.

The author is a graduate of the School of International and Public Affairs, Columbia University and the Research Manager at DAKSH, Bangalore. Views are personal. 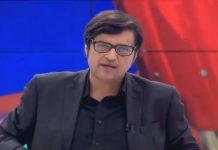 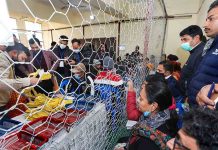