Home Defence 2020 forced some of the most earth-shaking reckonings on India, US and...
Facebook
Twitter
Linkedin
Email
WhatsApp

The year 2020 was, by any measure, rich in awakenings and reckonings. None were as earth-shaking as those forced upon the United States, Britain and India.

The pandemic found three of the world’s most prominent democracies shockingly underprepared, governed by leaders as incompetent as they were deluded and encumbered with states that had steadily rendered themselves incapable of performing their most basic duty: protecting human lives.

In each case, stridently advanced claims — whether to be a new superpower (India), to become one again (Britain) or to provide moral leadership to the world (U.S.) — were broken on the wheel of an unforgiving virus.

The socio-economic challenges before these countries suddenly seem immense, greater even than those faced after the calamity of two world wars. The conventional formulas for national uplift — intensified mass production of goods and services — are no longer enough in the age of deindustrialization and climate change. Meanwhile, the promise of the knowledge economy seems largely deceptive.

But a deeper and more intractable, if also intangible, problem lies in the realm of perception. For the pandemic revealed the great and crippling chasm that exists between reality and the images cherished by these countries. A future that represents an appreciable improvement over the present will remain elusive unless the diminished democracies develop less grandiose and more pragmatic self-images.

In the conventional, widely celebrated idea of India, the country brims with democratic virtues and seems destined to outpace China and take its place among the great Western powers. “India is not simply emerging,” then-President Barack Obama claimed in 2010, “India has emerged.”

This vision, hardened into an unassailable consensus by politicians, businessmen and journalists, ignored the country’s unresolved contradictions of social and economic inequality, as well as its inept bureaucracies, dodgy bankers, defaulting businessmen, venal politicians and timorous journalists.

In Britain, the dream of imperial power and self-sufficiency grew more intense even as the country became more parasitic on inbound flows of financial capital. The final and shattering delusion was Brexit, a perfect act of national self-harm.

In all three cases, the political class and, to a damaging extent, the mainstream media and intelligentsia tried to keep up appearances long after they had frayed.

Thus, Obama could write in Wired magazine, a month before Trump’s election in 2016, that for Americans there had never been a greater time to be alive. In Britain, an alliance of right-wing politicians and journalists won a massive electoral endorsement for their fiction that liberation from the European Union would unleash their country’s world-beating prowess. Prime Minister Narendra Modi successfully kept up his rhetoric of regaining Hindu pride and glory long after his policy of demonetization had severely compromised India’s economy.

All nations are imagined communities. But they lose sight of their essential tasks and fatally restrict their scope of action if they imagine themselves too extravagantly.

India today would be more resilient had it resisted irrational exuberance and diagnosed and repaired early such structural weaknesses as a poorly educated and underfed labor force and underinvestment in the rural sector. Likewise, Britain’s fate as a country that no longer makes enough goods desired by the world need not have been so bleak.

The U.S. would not be a society divided into insulated winners and angry losers had it not believed its own rhetoric about the unimpeachable virtues of its liberal capitalist system after the collapse of the Soviet Union. Stagnation and decline had already set in by the 1990s, and the trillions of dollars spent on military capabilities and democracy-promotion abroad could have been used to stem inequality at home, or at least to bring public healthcare in line with other rich countries.

Illusions of grandeur are again flourishing as a traumatic year ends and a new one begins. The British government and its journalistic mouthpieces promise a windfall of “sovereignty” as Britain leaves the EU on Jan. 1, with or without a deal. India has started to hope again that it can replace China as a destination for manufacturers. The incoming Biden administration is broadcasting its intention, as thousands of Americans succumb to Covid-19 every day, to have the U.S. lead the world again.

Such desires cannot but seem a case of what Sigmund Freud called regression: The national ego is reverting to an earlier developmental stage instead of handling reality in a mature way, still insisting that a gap, cruelly exposed by the pandemic, between self-perception and reality can be narrowed.

With stricken nations, as with individuals, a new and better life becomes possible only after obsolete and unsafe ideas about self are discarded. Admittedly, countries cannot overnight abandon the self-flattering narratives that they have long generated for external consumption. Nevertheless, the great democracies would do well in the new year to adhere to a principle that underpins one of the world’s most gainful businesses: Do not get high on your own supply. – Bloomberg 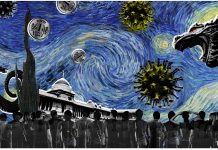 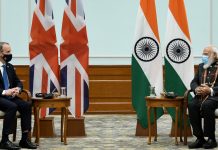 Why Dominic Raab’s visit to India matters, as UK heads for Brexit 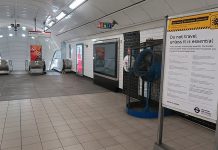